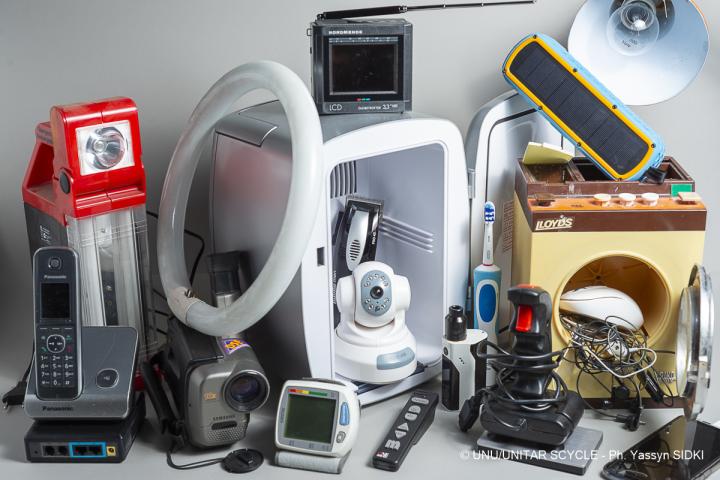 A record 53.6 million metric tonnes (Mt) of electronic waste was generated worldwide in 2019, up 21 per cent in just five years, according to the UN's Global E-waste Monitor 2020. 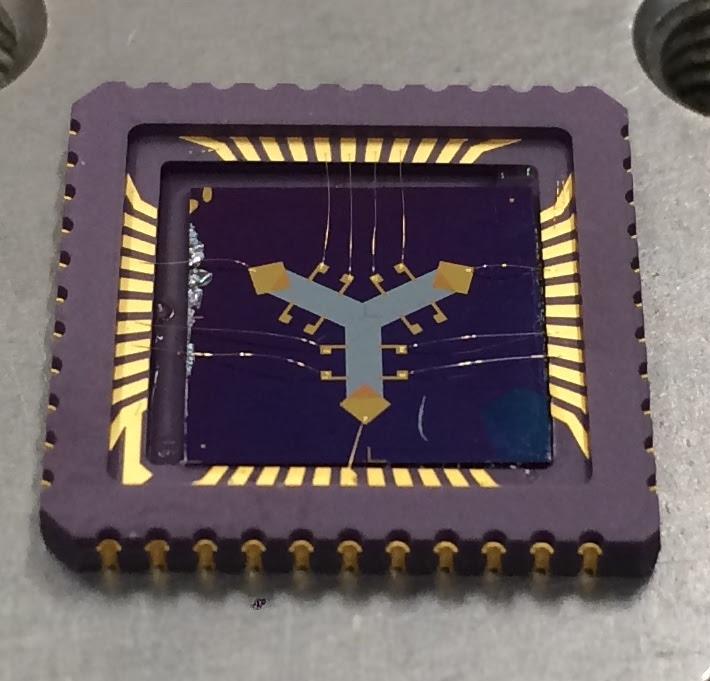 Scientists have pioneered a new technique to produce arrays of sound produced entirely by heat.

The team of researchers from the Centre for Metamaterial Research and Innovation at the University of Exeter used devices, known as thermophones, to create a fully controlled array from just a thin metal film attached to some metal wires.

The results, published in Science Advances, could pave the way for a new generation of sound technology, including home cinema systems. 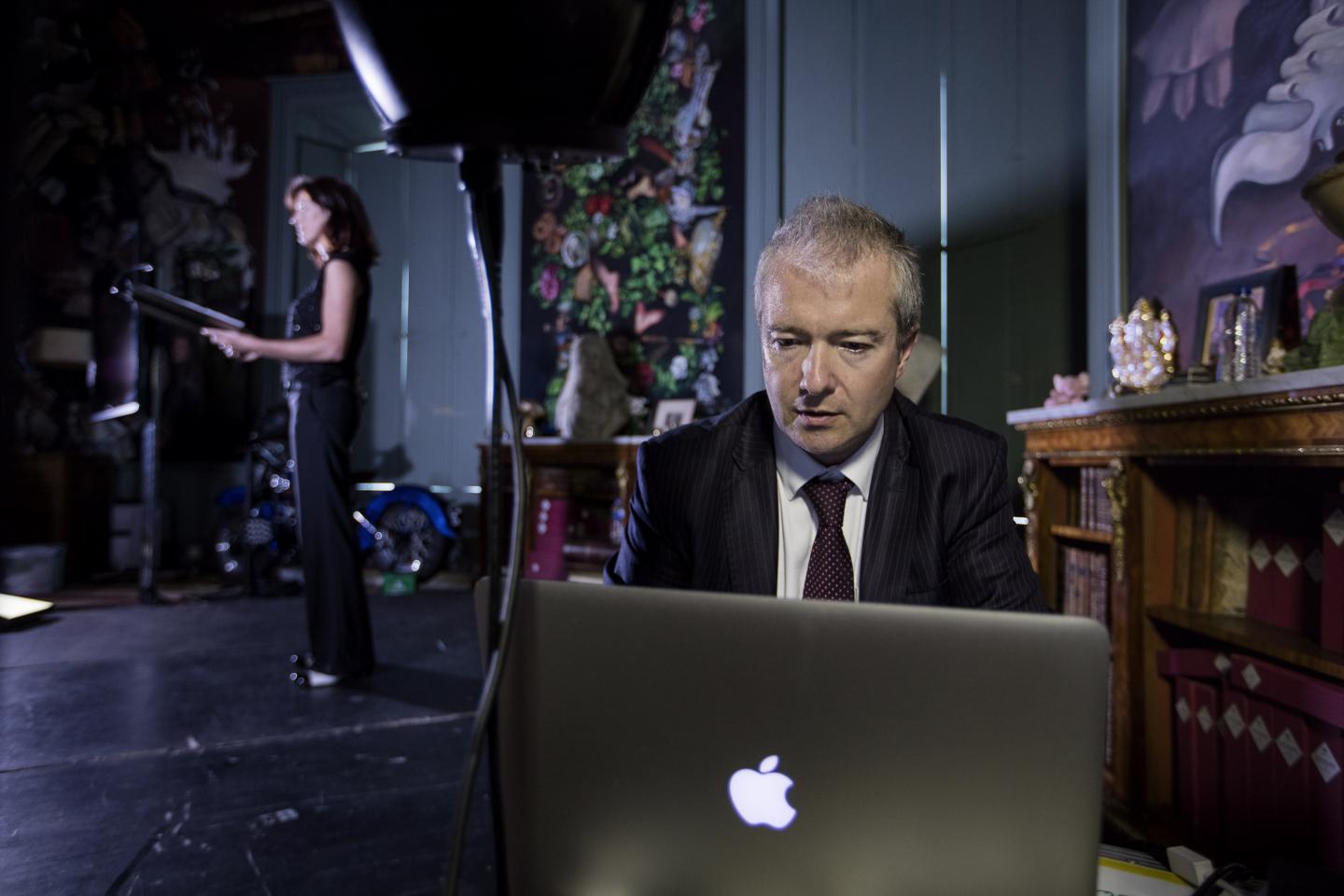 Teleportation is most commonly the stuff of science fiction and, for many, would conjure up the immortal phrase "Beam me up Scotty".

However, a new study has described how its status in science fact could actually be employed as another, and perhaps unlikely, form of entertainment - live music.

Dr Alexis Kirke, Senior Research Fellow in the Interdisciplinary Centre for Computer Music Research at the University of Plymouth (UK), has for the first time shown that a human musician can communicate directly with a quantum computer via teleportation.

The lightest shielding material in the world 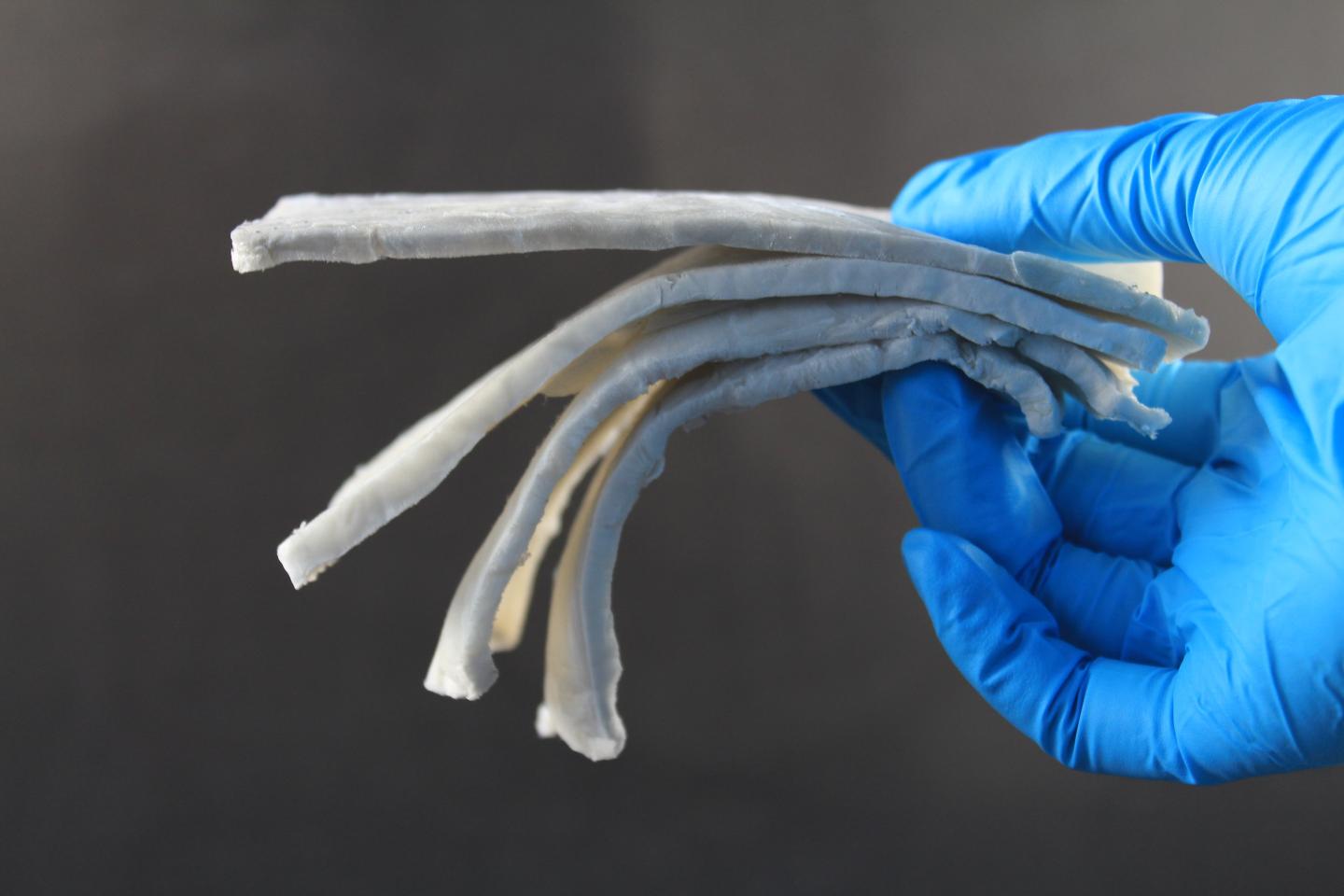 Electric motors and electronic devices generate electromagnetic fields that sometimes have to be shielded in order not to affect neighboring electronic components or the transmission of signals. High-frequency electromagnetic fields can only be shielded with conductive shells that are closed on all sides. Often thin metal sheets or metallized foils are used for this purpose. However, for many applications such a shield is too heavy or too poorly adaptable to the given geometry.

Researchers from the Moscow Institute of Physics and Technology, Kazan Federal University, and George Washington University have proposed an algorithm for producing patient-specific mathematical models describing the electrical excitation of human heart cells. Published in PLOS One, the study looks at two possible approaches - one using experimental records of electrical activity and the other based on gene expression profiles. 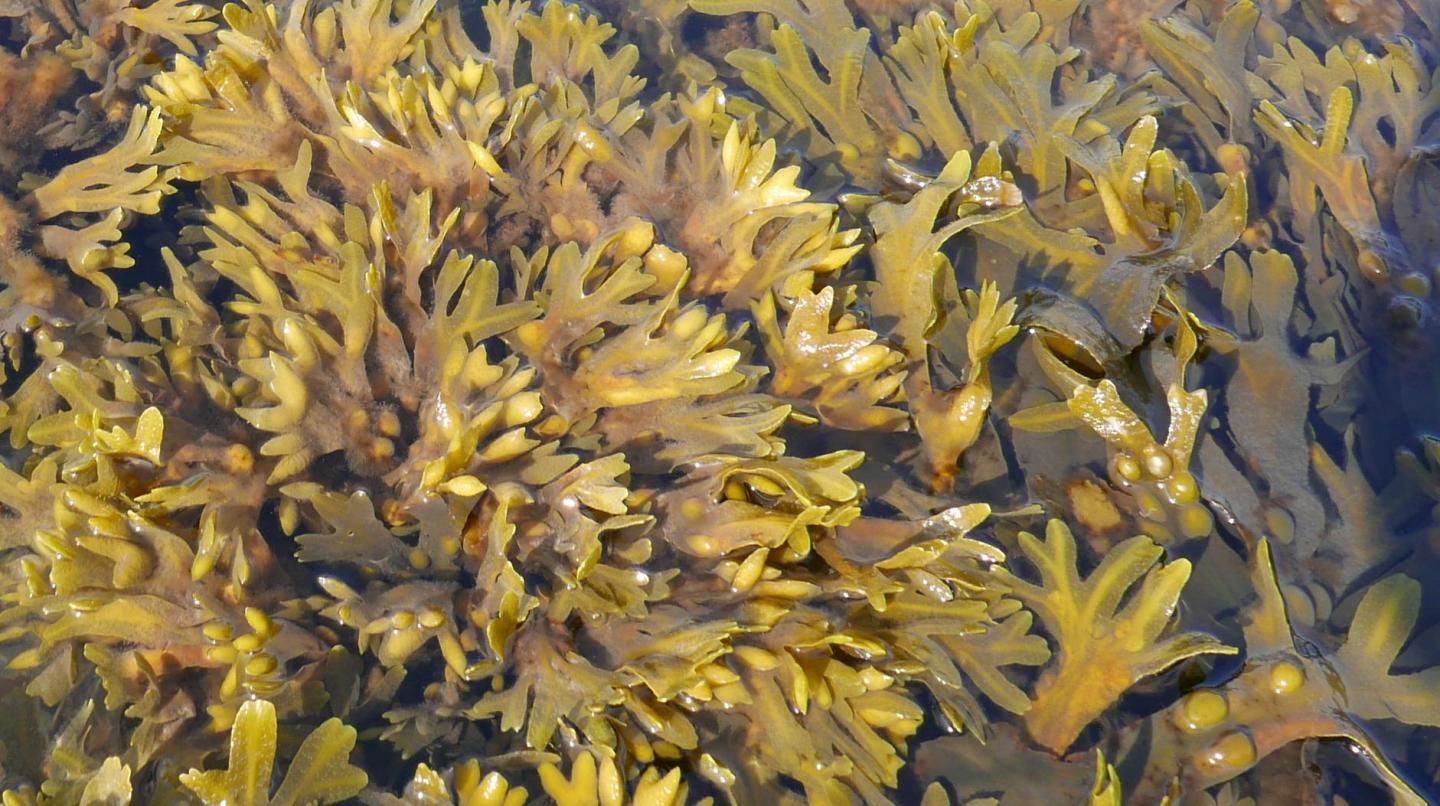 Healing with the help of marine organisms is no utopia. Already 12 life-saving drugs, e.g. against cancer, have been developed from marine organisms and their symbiotic microbiota. Their high potential for drug development is hampered by the lengthy and costly discovery process.

Social media and radiology -- The good, the bad, and the ugly

New Orleans, LA - Bradley Spieler, MD, Vice Chairman of Radiology Research at LSU Health New Orleans School of Medicine, is the lead author of a Radiology Research Alliance paper examining the usefulness of social media in Radiology. It is published online as an Article in Press online in Academic Radiology.

TORONTO, ON (June 30, 2020) -- A collaboration between the University of Toronto's Faculty of Dentistry and the National Jewish Health in Denver -- the top-ranked respiratory research hospital in the U.S. -- has yielded a new drug discovery that could be useful to combat inflammation of all varieties and shows promise in fighting acute respiratory illnesses such as COVID-19.

A scientific measure of dog years 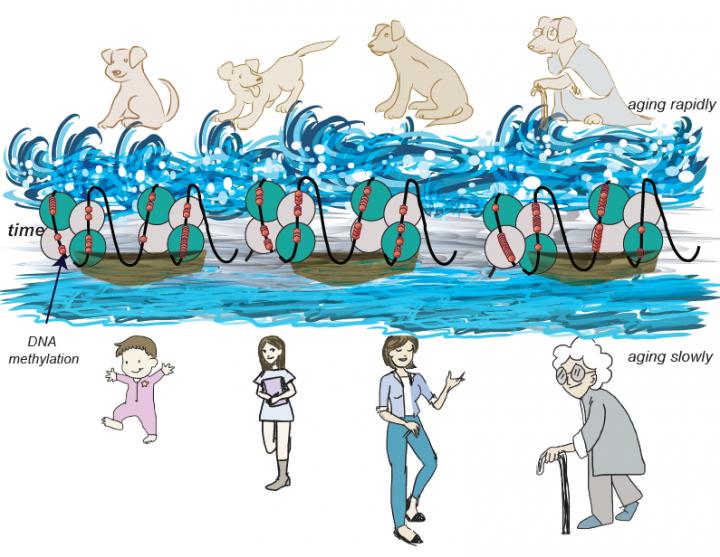 How old is your tail-wagging bundle of joy in human years? According to the well-known "rule of paw," one dog year is the equivalent of 7 years. Now, in a study published July 2, in the journal Cell Systems, scientists say it's wrong. Dogs are much older than we think, and researchers devised a more accurate formula to calculate a dog's age based on the chemical changes in the DNA as organisms grow old.

In a study done with mice and published earlier this month in the journal Nutrients, researchers found that a diet high in black raspberries reduced inflammation from contact hypersensitivity - a condition that causes redness and inflammation in the skin.

There's considerable controversy over whether "COVID toes"--red sores or lesions on the feet and hands in children and young adults--are truly caused by COVID-19. A new study published in the British Journal of Dermatology provides evidence in support of the link.

Blood tests can predict the risk of liver cirrhosis

Repeated measurements of the biomarker FIB-4 in the blood every few years can predict the risk of developing severe liver disease, according to a new study from Karolinska Institutet in Sweden published in the Journal of Hepatology. The risk of liver cirrhosis increases if the levels of this biomarker rise between two testing occasions.

New technologies capable of sequencing single molecules in fine detail will help scientists better understand the mechanisms of rare nucleotides thought to play an important role in the progression of some diseases.

A review paper, led by a scientist at the University of Birmingham, describes how emerging sequencing technologies will transform our understanding of these molecules, ultimately leading to new drug targets. The paper is published in the journal Trends in Biotechnology.

MADISON, Wis. -- University of Wisconsin-Madison engineers have made it possible to remotely determine the temperature beneath the surface of certain materials using a new technique they call depth thermography. The method may be useful in applications where traditional temperature probes won't work, like monitoring semiconductor performance or next-generation nuclear reactors. 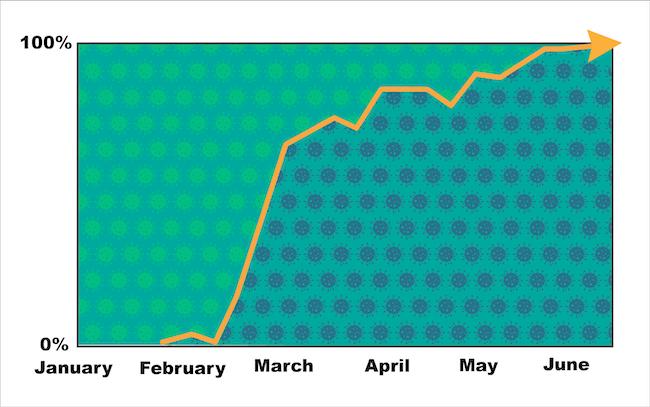 LA JOLLA--Flashback to mid-March: the novel coronavirus had reached San Diego, California. Few people could get tested, and even less was known about how the virus mutated as it spread from person to person.

Scientists now know that two variants of the novel coronavirus (SARS-CoV-2) were circulating at that time. The variants, called G614 and D614, had just a small difference in their "spike" protein--the viral machinery that coronaviruses use to enter host cells.