Northeastern University Physics professor Sergey V. Kravchenko along with colleagues Svetlana Anissimova (Northeastern University), A Punnoose (City College if the City University of New York), AM Finkelstein (Weizmann Institute of Science, Israel) and TM Klapwijk (Delft University of Technology, Netherlands), has published an important new paper in the August issue of Nature Physics which answers a long standing question in the field of condensed matter physics. 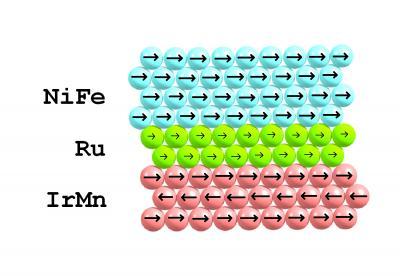 When it comes to producing earth-friendly solar energy, pink may be the new green, according to Ohio State University researchers.

Scientists here have developed new dye-sensitized solar cells (DSSCs) that get their pink color from a mixture of red dye and white metal oxide powder in materials that capture light.

Graphene oxide paper could spawn a new class of materials

Nearly 2,000 years ago, the discovery of paper revolutionized human communication. Now researchers at Northwestern University have fabricated a new type of paper that they hope will create a revolution of its own -- and while it won't replace your notepad, this remarkably stiff and strong yet lightweight material should find use in a wide variety of applications. 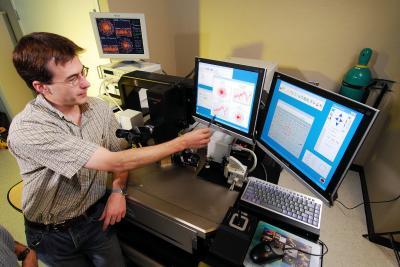 Wire Or Fiber, A Wave Is A Wave

In an experiment modeled on the classic “Young’s double slit experiment” and published in the journal Nature Nanotechnology, researchers have powerfully reinforced the understanding that surface plasmon polaritons (SPPs) move as waves and follow analogous rules.

The demonstration reminds researchers and electronics designers that although SPPs move along a metal surface, rather than inside a wire or an optical fiber, they cannot magically overcome the size limitations of conventional optics.

A research team headed by Yadong Yin at the University of California, Riverside has created a liquid that changes its color “on demand” and can take on any color of the rainbow.

Nanoscopic particles made of tiny magnetic crystals coated with a plastic shell self-assemble in solution to form photonic crystals—semiconductors for light. When a magnetic field is applied, the optical properties of the crystals change, allowing their color to be very precisely adjusted through variation of the strength of the field.

New technology could allow a CD to hold up to one hundred times more information by using terahertz radiation rather than visible light, even though the length of a terahertz wave is about 1000 times longer, say University of Michigan researchers.

Manipulating light waves, or electromagnetic radiation, has led to many technologies, from cameras to lasers to medical imaging machines that can see inside the human body and now scientists have developed a way to make a lens-like device that focuses electromagnetic waves down to the tiniest of points.

Rethinking 70 Years Of Physics - The New 'Look' Of Superconductivity

Like the surface motif of a bubble bath, the spatial distribution of a magnetic field penetrating a superconductor can exhibit an intricate, foam-like structure. Ruslan Prozorov at the U.S. Department of Energy’s Ames Laboratory has observed these mystifying, two-dimensional equilibrium patterns in lead samples when the material is in its superconducting state, below 7.2 Kelvin, or minus 446.71 degrees Fahrenheit.

A generator that is 10 times more powerful than any other similar devices has been developed by engineers at the University of Southampton.

Dr Steve Beeby and his team at the University's School of Electronics & Computer Science (ECS) have developed a kinetic energy generator which generates electrical energy from the vibrations and movements present within its environment.

'This is the most successful generator of its kind and generates energy much more efficiently than any similar device of its size,' said Dr Beeby.

The Magnetic Properties Of Chicken

An international working group under the direction of Wolfgang und Roswitha Wiltschko of Frankfurt University has now succeeded in demonstrating the presence of a magnetic sense of direction in domestic chickens.

40 years ago, Prof. Dr. Wolfgang Wiltschko was the first to prove that migrating robins use the Earth’s magnetic field to direct themselves during migration.

The quality and size of electronic display screens may have gotten a lot better. We may also soon see erasable and rewritable electronic paper and ink that can change color electromagnetically, thanks to University of California, Riverside nanotechnologists who have succeeded in controlling the color of very small particles of iron oxide suspended in water simply by applying an external magnetic field to the solution.

Scientists have obtained the first-ever 3D pictures of magnetic reconnection events, the dances on the solar winds of near-Earth space.

In magnetic reconnection, magnetic field lines from different magnetic domains collide and reconnect, mixing previously separated plasma. Plasma is a gas composed of ions and electrons but is electrically neutral, spread over large distances in space and guided by the action of magnetic and electric fields.

Researchers have used nanotechnology to create transparent transistors and circuits, a step that promises a broad range of applications, from e-paper and flexible color screens for consumer electronics to "smart cards" and "heads-up" displays in auto windshields.

The transistors are made of single "nanowires," or tiny cylindrical structures that were assembled on glass or thin films of flexible plastic.

How Dads Influence Their Daughters' Interest In Math

It figures: Dads have a major impact on the degree of interest their daughters develop in math. That's one of the findings of a long-term University of Michigan study that has traced the sources of the continuing gender gap in math and science performance.