The Wnt pathway gets even more complicated 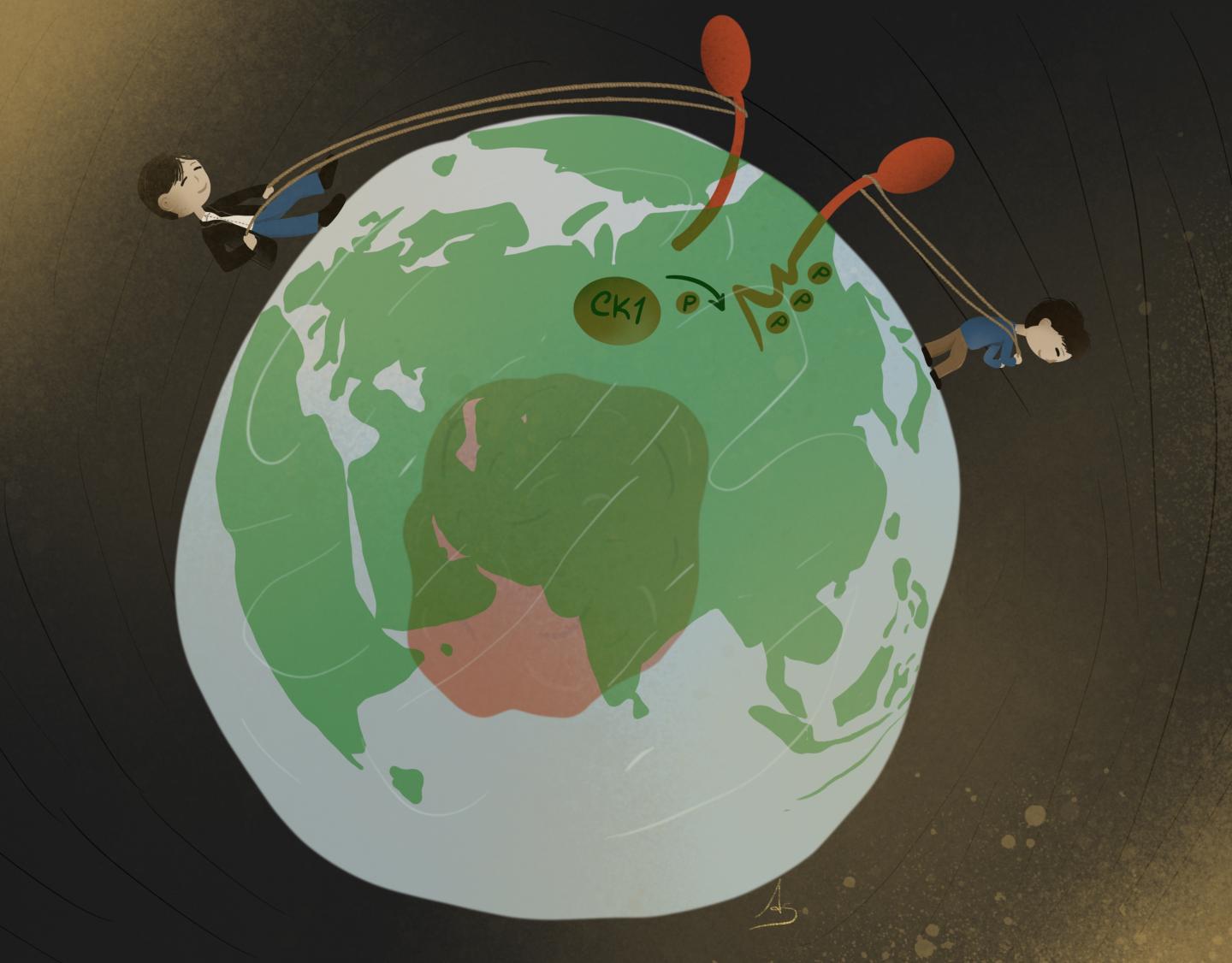 IMAGE: Image showing CK1 regulating the phospho-switch of RNF43 (in red), while illustrating the cooperative collaboration of two labs in Europe and Japan on the world of a cell.

The Wnt signalling pathway has been studied for decades, still it holds surprises in store. Bon-Kyoung Koo, group leader at IMBA - Institute of Molecular Biotechnology of the Austrian Academy of Sciences and Tadasuke Tsukiyama at the Hokkaido University have now uncovered a new and unexpected role for a key component of the Wnt pathway, Casein Kinase-1, in regulating the pathway at the plasma membrane. This is the result of a study published today in Nature Communications, and broadens our understanding of the regulatory loops controlling the Wnt pathway, a pathway associated with stem cell maintenance, cell proliferation and cancer.

In the Wnt pathway, Casein Kinase-1 is well-known as a part of the destruction complex. In the steady-state, when no Wnt signal is present, this complex destines the downstream mediator ?-catenin for constant degradation. When a Wnt signal reaches the cell, the Wnt receptor Frizzled inhibits the destruction complex. This allows ??-catenin to enter the nucleus, where it sets downstream responses in motion.

This new understanding could lead to a novel approach for reining the Wnt pathway in cancer cells. Tsukiyama and Koo found that a mutation in RNF43's extracellular domain interrupts its function in negative feedback regulation, the tumour suppressor function of RNF43. This mutation changes RNF43 into an oncogenic form that abnormally enhances Wnt signalling. The researchers found that mimicking the phosphorylation, by adding negatively charged residues to the mutant RNF43, can revert it back to a functional tumour suppressor. With this mimicked phosphoswitch, the mutant RNF43 was again able to inhibit Frizzled. "Some patients carry a mutation in RNF43's extracellular domain. We hope that, once we know how to mimic phosphorylation in cells, this phosphorylation would revive the RNF43 tumour suppressor, enabling it to again control the Wnt pathway", Bon-Kyoung Koo adds.