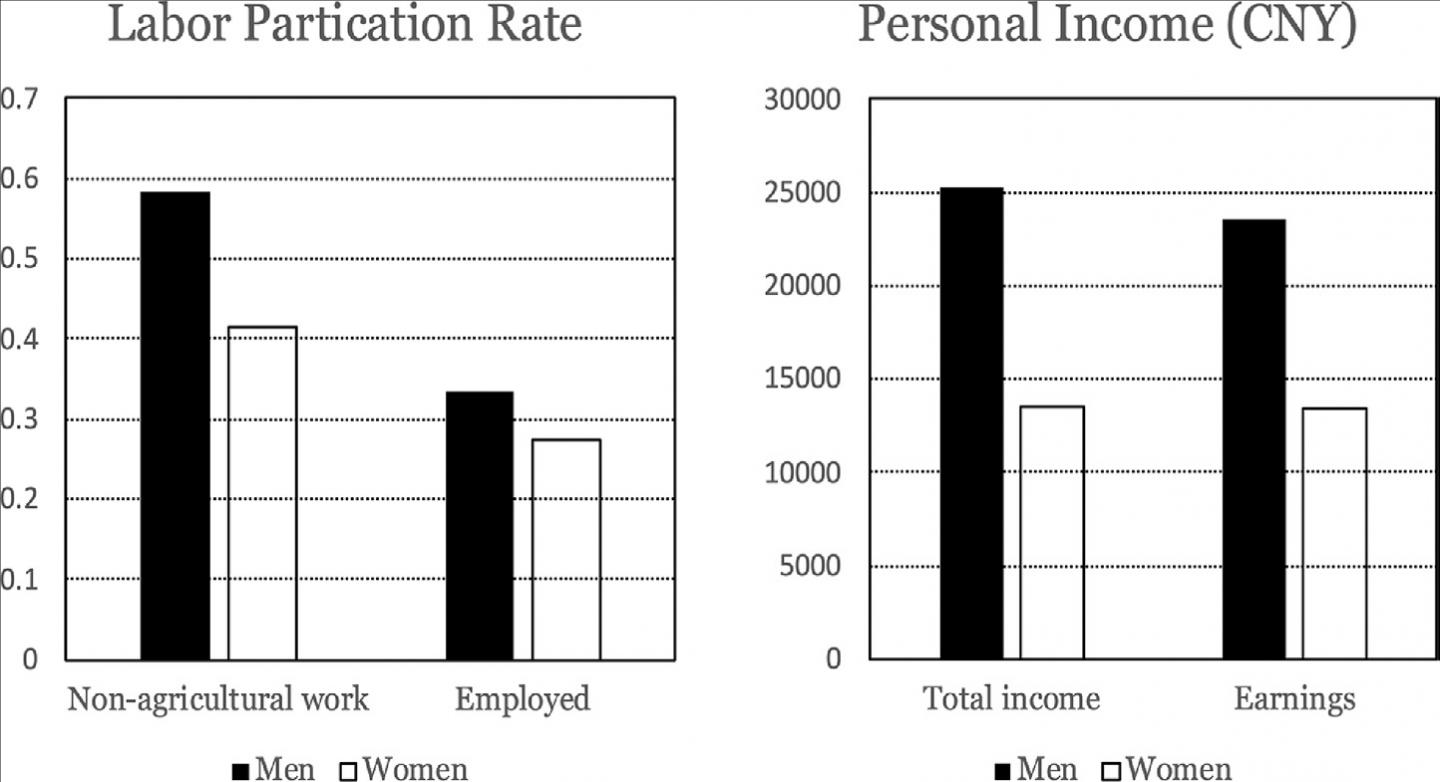 The challenges that many women face in today's labour market are well documented, from lower employment rates than men to lower rates of pay. Previous studies have considered how the burden of family care, which often falls largely on women's shoulders, has contributed to this imbalance. However, few of these studies have considered why women are the ones to bear that care burden.
A new study, published in the KeAi journal China Economic Quarterly International, has used data from China to investigate the impact of the concept of gender roles on women's employment and earnings.

"In recent years, with more and more interdisciplinary studies drawing on economics, psychology and sociology, researchers are looking at this topic from the perspectives of psychology, individual preferences and social concepts.

"For our study, we looked at the role of the community's concept of gender roles. And we found that the more traditional that perception, the less likely women are to be employed. For those who are employed, their total personal income and labour earnings are likely to be lower than men's."

Zhang, and his co-author Jingwen Wang, of China's Tsinghua University, began by collecting data on the numbers of March 8th Red Banner Pacesetters awarded locally in China in 1960 and 1979. These are honours that recognize outstanding women in China. They then used the awards as a proxy measure of the impact of women's liberation movements, and discovered that, over the course of those 19 years, the movements had significantly weakened traditional attitudes towards gender roles.

Wang explains: "This study shows that gender roles in Chinese culture, such as the traditional idea of "the husband is the breadwinner, the wife the housekeeper", are an important factor affecting Chinese women's labour market outcomes.

"However, although the traditional gender norm is deeply rooted, it is still significantly affected by economic and social changes such as women's liberation movements. To fundamentally correct employment and earnings inequality in China, it is necessary to gradually change traditional gender norms through cultural publicity and education, so we can create a cultural institutional environment that supports women's development."