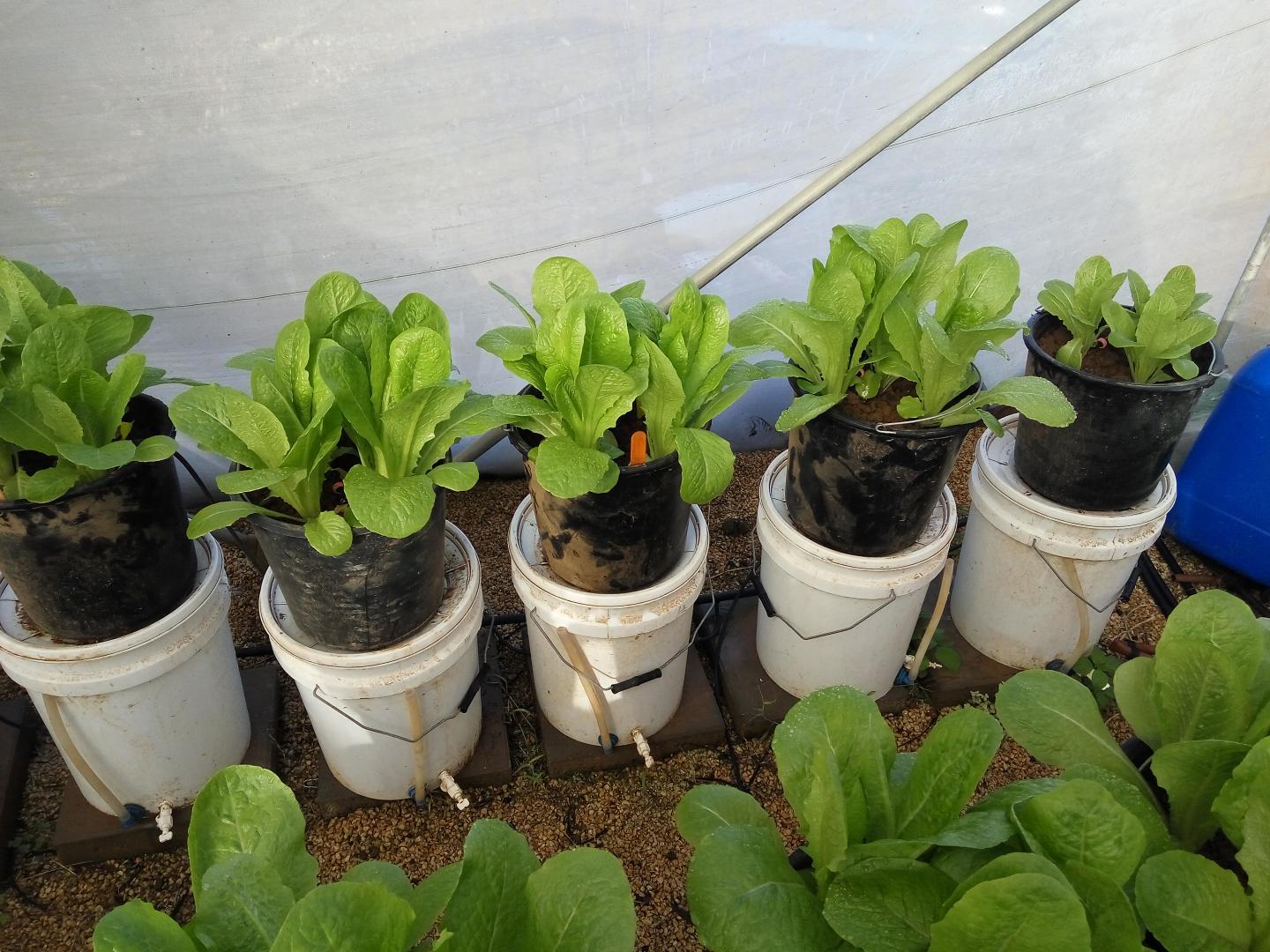 IMAGE: The lettuce experiment in the screen house. The pot in the right side is a control while the other pots were fertilized with commercialized phosphorus or water treatment residue and...

May 15, 2019 - We all know plants need nutrients, especially nitrogen and phosphorus. To give crops a boost, they are often put on fields as fertilizer. But we never talk about where the nutrients themselves come from.

Phosphorus, for example, is taken from the Earth, and in just 100-250 years, we could be facing a terrible shortage. That is, unless scientists can find ways to recycle it.

Scientists at Tel Hai College and MIGAL Institute in Israel are working on a way to make phosphorus fertilizer from an unlikely source -- dairy wastewater.

Additionally, they are taking the element from the wastewater with another unlikely character. They are using the leftovers that comes from making clean drinking water, which contain the element aluminum.

"The material left after purification, called aluminum water treatment residue, is normally taken to a landfill to be buried," says Michael "Iggy" Litaor, who led this work. "We changed this material by mixing it with dairy wastewater rich with phosphorus and organic matter. We then found it can be just as good as common fertilizers."

The benefits of the practice could go beyond recycling the element. Putting too much of the commercially available fertilizers on fields can hurt the quality of water nearby.

"Phosphorus is an important nutrient needed by most crops," Litaor explains. "However, it is a non-renewable resource. If we continue with the current rate of use, what we have may be depleted in 100 to 250 years. There are also side-effects of too much fertilizer. Hence, scientists around the world are searching for simple and affordable ways to recycle the element without lowering crop yield."

In their study, Litaor and his team mixed the aluminum water treatment residue with dairy wastewater. Dairy wastewater comes from washing cow udders before milking and from cooling cows during hot summer days. It is high in phosphorus because of detergents used while cleaning the sheds that house the cows as well as runoff from cows' urine.

What allows the mixture to become fertilizer is the magic of chemistry. Reactions occur between the phosphorus, aluminum, and organic matter that result in it being a possible fertilizer.

Litaor and his team then put the potential fertilizer on lettuce to see how well it worked. They found it did just as well as common fertilizers.

If this method of making fertilizer were to become widely practiced, Litaor sees the possibility of building plants next to dairies with lots of cattle. This would give a large supply of phosphorus. A company could bring in the leftovers from water treatment systems to produce fertilizer. It could be used by large farms or sold to others.

He says the next step in this research is to look at the use of water treatment leftovers that contain iron, because many soils also lack this element. The scientists must also show that no unwanted material such as hormones and antibiotics are in the fertilizer.

"I also want to find an investor who will support us taking this idea to the marketplace," he adds. "After many years of research on phosphorus in wetlands, streams, and rivers, I decided to look for an efficient means to recycle the element using wastes we were already producing."