When pregnant moms are stressed out, babies' brains suffer 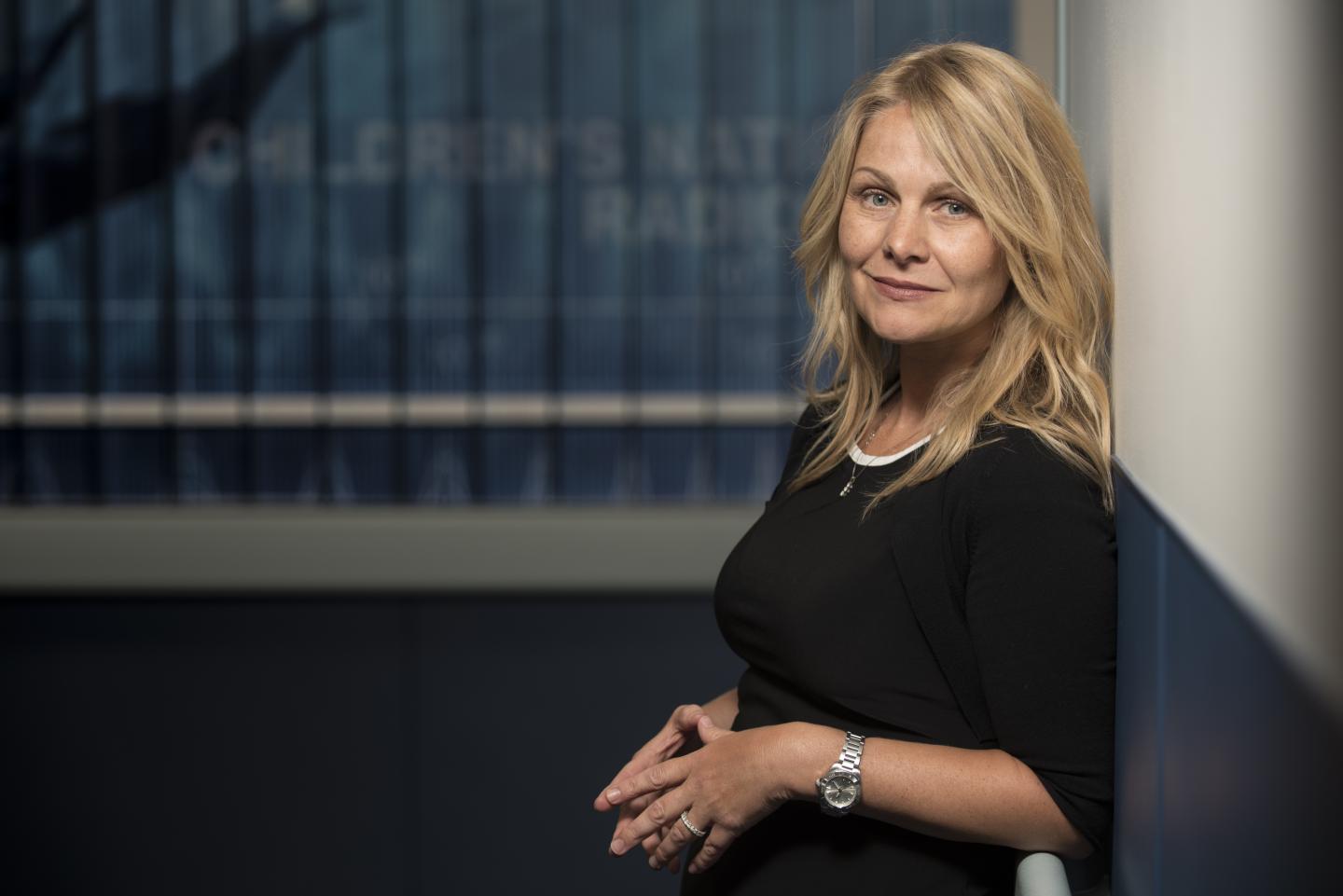 IMAGE: This is Catherine Limperopoulos, Ph.D., director of the Center for the Developing Brain at Children's National and the study's corresponding author.

WASHINGTON-(Jan. 13, 2020)-Knowing that your unborn fetus has congenital heart disease causes such pronounced maternal stress, anxiety and depression that these women's fetuses end up with impaired development in key brain regions before they are born, according to research published online Jan. 13, 2020, in JAMA Pediatrics.

While additional research is needed, the Children's National Hospital study authors say their unprecedented findings underscore the need for universal screening for psychological distress as a routine part of prenatal care and taking other steps to support stressed-out pregnant women and safeguard their newborns' developing brains.

"We were alarmed by the high percentage of pregnant women with a diagnosis of a major fetal heart problem who tested positive for stress, anxiety and depression," says Catherine Limperopoulos, Ph.D., director of the Center for the Developing Brain at Children's National and the study's corresponding author. "Equally concerning is how prevalent psychological distress is among pregnant women generally. We report for the first time that this challenging prenatal environment impairs regions of the fetal brain that play a major role in learning, memory, coordination, and social and behavioral development, making it all the more important for us to identify these women early during pregnancy to intervene," Limperopoulos adds.

Congenital heart disease (CHD), structural problems with the heart, is the most common birth defect.

Still, it remains unclear how exposure to maternal stress impacts brain development in fetuses with CHD.

The multidisciplinary study team enrolled 48 women whose unborn fetuses had been diagnosed with CHD and 92 healthy women with uncomplicated pregnancies. Using validated screening tools, they found:

27% of women with uncomplicated pregnancies tested positive for stress

26% of women with uncomplicated pregnancies tested positive for anxiety

All told, they performed 223 fetal magnetic resonance imaging sessions for these 140 fetuses between 21 and 40 weeks of gestation. They measured brain volume in cubic centimeters for the total brain as well as volumetric measurements for key regions such as the cerebrum, cerebellum, brainstem, and left and right hippocampus.

Maternal stress and anxiety in the second trimester were associated with smaller left hippocampi and smaller cerebellums only in pregnancies affected by fetal CHD. What's more, specific regions -- the hippocampus head and body and the left cerebellar lobe - were more susceptible to stunted growth. The hippocampus is key to memory and learning, while the cerebellum controls motor coordination and plays a role in social and behavioral development.

The hippocampus is a brain structure that is known to be very sensitive to stress. The timing of the CHD diagnosis may have occurred at a particularly vulnerable time for the developing fetal cerebellum, which grows faster than any other brain structure in the second half of gestation, particularly in the third trimester.

"None of these women had been screened for prenatal depression or anxiety. None of them were taking medications. And none of them had received mental health interventions. In the group of women contending with fetal CHD, 81% had attended college and 75% had professional educations, so this does not appear to be an issue of insufficient resources," Limperopoulos adds. "It's critical that we routinely to do these screenings and provide pregnant women with access to interventions to lower their stress levels. Working with our community partners, Children's National is doing just that to help reduce toxic prenatal stress for both the health of the mother and for the future newborns. We hope this becomes standard practice elsewhere."

Adds Yao Wu, Ph.D., a research associate working with Limperopoulos at Children's National and the study's lead author: "Our next goal is exploring effective prenatal cognitive behavioral interventions to reduce psychological distress felt by pregnant women and improve neurodevelopment in babies with CHD."