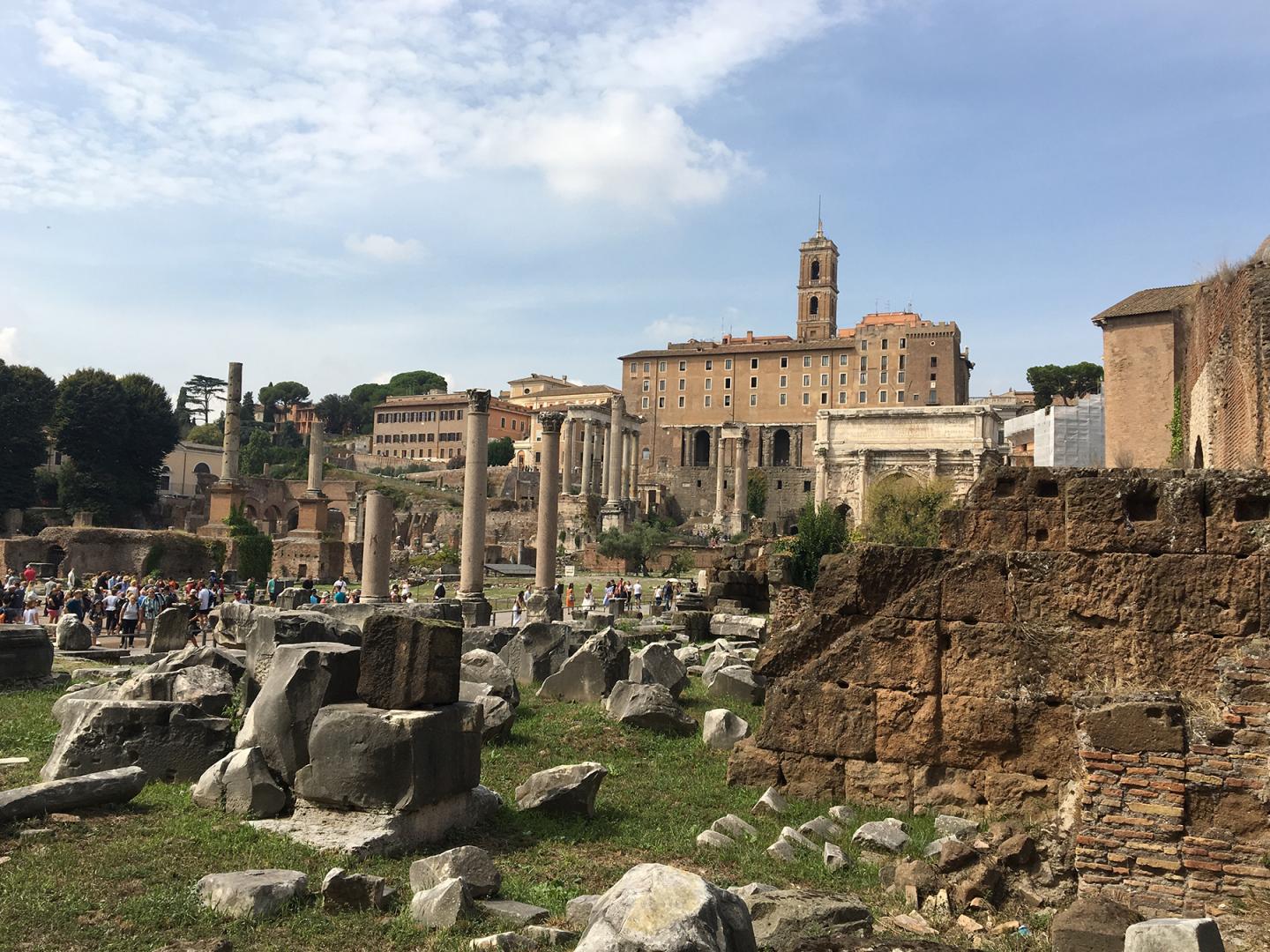 IMAGE: The ruins of the Roman Forum, once a site of a representational government.

All good things must come to an end. Whether societies are ruled by ruthless dictators or more well-meaning representatives, they fall apart in time, with different degrees of severity. In a new paper, anthropologists examined a broad, global sample of 30 pre-modern societies. They found that when "good" governments--ones that provided goods and services for their people and did not starkly concentrate wealth and power--fell apart, they broke down more intensely than collapsing despotic regimes. And the researchers found a common thread in the collapse of good governments: leaders who undermined and broke from upholding core societal principles, morals, and ideals.

"Pre-modern states were not that different from modern ones. Some pre-modern states had good governance and weren't that different from what we see in some democratic countries today," says Gary Feinman, the MacArthur curator of anthropology at Chicago's Field Museum and one of the authors of a new study in Frontiers in Political Science. "The states that had good governance, although they may have been able to sustain themselves slightly longer than autocratic-run ones, tended to collapse more thoroughly, more severely."

"We noted the potential for failure caused by an internal factor that might have been manageable if properly anticipated," says Richard Blanton, a professor emeritus of anthropology at Purdue University and the study's lead author. "We refer to an inexplicable failure of the principal leadership to uphold values and norms that had long guided the actions of previous leaders, followed by a subsequent loss of citizen confidence in the leadership and government and collapse."

In their study, Blanton, Feinman, and their colleagues took an in-depth look at the governments of four societies: the Roman Empire, China's Ming Dynasty, India's Mughal Empire, and the Venetian Republic. These societies flourished hundreds (or in ancient Rome's case, thousands) of years ago, and they had comparatively more equitable distributions of power and wealth than many of the other cases examined, although they looked different from what we consider "good governments" today as they did not have popular elections.

"There were basically no electoral democracies before modern times, so if you want to compare good governance in the present with good governance in the past, you can't really measure it by the role of elections, so important in contemporary democracies. You have to come up with some other yardsticks, and the core features of the good governance concept serve as a suitable measure of that," says Feinman. "They didn't have elections, but they had other checks and balances on the concentration of personal power and wealth by a few individuals. They all had means to enhance social well-being, provision goods and services beyond just a narrow few, and means for commoners to express their voices."

In societies that meet the academic definition of "good governance," the government meets the needs of the people, in large part because the government depends on those people for the taxes and resources that keep the state afloat. "These systems depended heavily on the local population for a good chunk of their resources. Even if you don't have elections, the government has to be at least somewhat responsive to the local population, because that's what funds the government," explains Feinman. "There are often checks on both the power and the economic selfishness of leaders, so they can't hoard all the wealth."

Societies with good governance tend to last a bit longer than autocratic governments that keep power concentrated to one person or small group. But the flip side of that coin is that when a "good" government collapses, things tend to be harder for the citizens, because they'd come to rely on the infrastructure of that government in their day-to-day life. "With good governance, you have infrastructures for communication and bureaucracies to collect taxes, sustain services, and distribute public goods. You have an economy that jointly sustains the people and funds the government," says Feinman. "And so social networks and institutions become highly connected, economically, socially, and politically. Whereas if an autocratic regime collapses, you might see a different leader or you might see a different capital, but it doesn't permeate all the way down into people's lives, as such rulers generally monopolize resources and fund their regimes in ways less dependent on local production or broad-based taxation."

The researchers also examined a common factor in the collapse of societies with good governance: leaders who abandoned the society's founding principles and ignored their roles as moral guides for their people. "In a good governance society, a moral leader is one who upholds the core principles and ethos and creeds and values of the overall society," says Feinman. "Most societies have some kind of social contract, whether that's written out or not, and if you have a leader who breaks those principles, then people lose trust, diminish their willingness to pay taxes, move away, or take other steps that undercut the fiscal health of the polity."

This pattern of amoral leaders destabilizing their societies goes way back--the paper uses the Roman Empire as an example. The Roman emperor Commodus inherited a state with economic and military instability, and he didn't rise to the occasion; instead, he was more interested in performing as a gladiator and identifying himself with Hercules. He was eventually assassinated, and the empire descended into a period of crisis and corruption. These patterns can be seen today, as corrupt or inept leaders threaten the core principles and, hence, the stability of the places they govern. Mounting inequality, concentration of political power, evasion of taxation, hollowing out of bureaucratic institutions, diminishment of infrastructure, and declining public services are all evidenced in democratic nations today.

"What I see around me feels like what I've observed in studying the deep histories of other world regions, and now I'm living it in my own life," says Feinman. "It's sort of like Groundhog Day for archaeologists and historians."

"Our findings provide insights that should be of value in the present, most notably that societies, even ones that are well governed, prosperous, and highly regarded by most citizens, are fragile human constructs that can fail," says Blanton. "In the cases we address, calamity could very likely have been avoided, yet, citizens and state-builders too willingly assumed that their leadership will feel an obligation to do as expected for the benefit of society. Given the failure to anticipate, the kinds of institutional guardrails required to minimize the consequences of moral failure were inadequate."

But, notes Feinman, learning about what led to societies collapsing in the past can help us make better choices now: "History has a chance to tell us something. That doesn't mean it's going to repeat exactly, but it tends to rhyme. And so that means there are lessons in these situations."