What is your attitude towards a humanoid robot? Your brain activity can tell us! 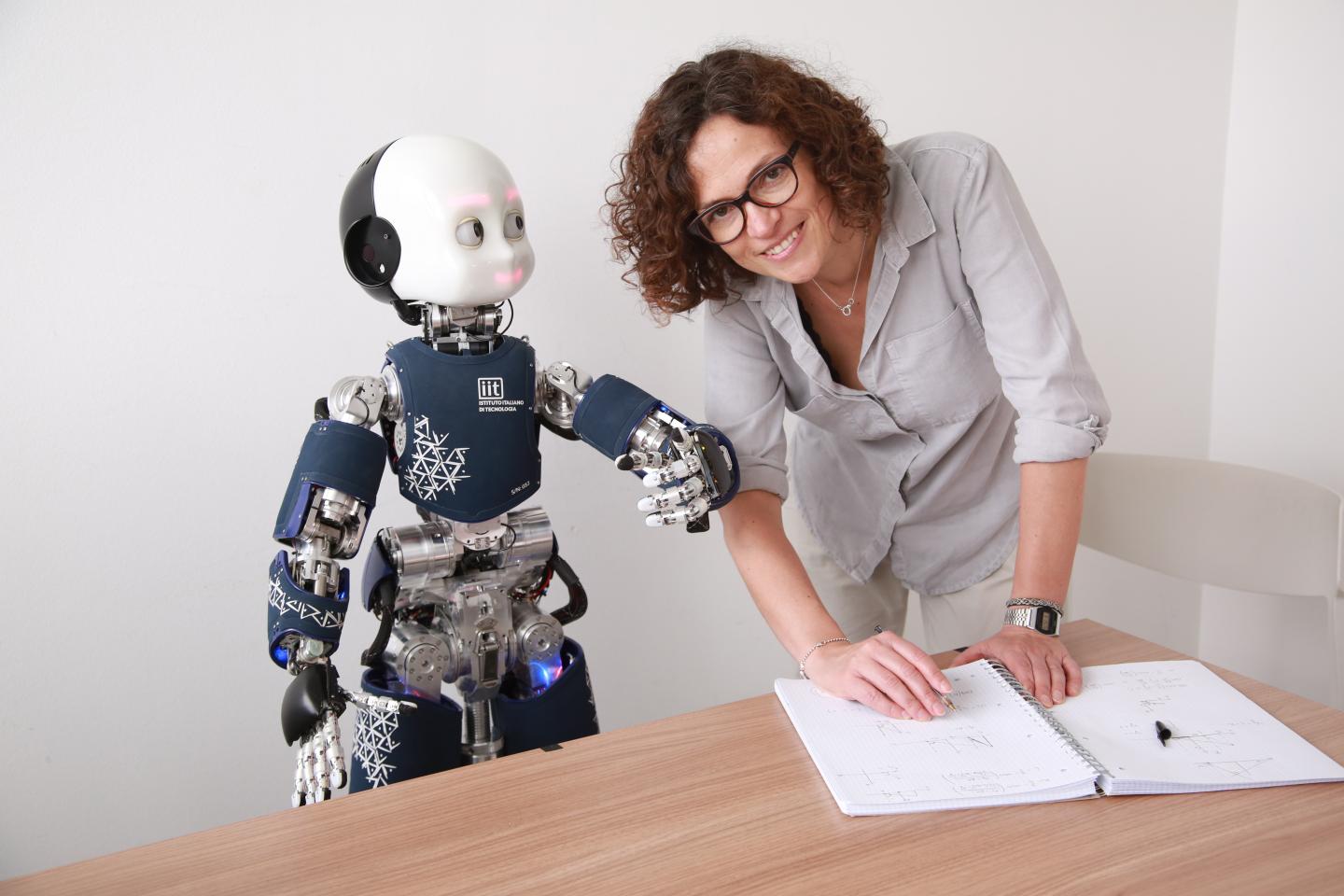 Genova (Italy), 30 September 2020 - The way humans interpret behavior of AI-endowed artificial agents, such as humanoid robots, depends on specific individual attitudes that can be detected from neural activity. Researchers at IIT-Istituto Italiano di Tecnologia (Italian Institute of Technology) demonstrated that people's bias towards robots, that is, attributing them intentionality or considering them as "mindless things", can be correlated with distinct brain activity patterns. The research results have been published today in Science Robotics and are important for understanding the way humans can engage with robots, also considering their acceptance in healthcare applications and daily life.

The research study was carried out by IIT's lab "Social Cognition in Human-Robot Interaction" in Genova, coordinated by Agnieszka Wykowska, whose focus is understanding human social cognition in interaction with artificial agents, humanoid robots specifically. In addition, Wykowska's research line explores possible use of humanoids robots in the healthcare sector, by means of developing robot-assisted training protocols for individuals diagnosed with autism spectrum disorder and other disorders where social skills are compromised. In 2016 Wykowska was awarded a European Research Council (ERC)'s grant for her "InStance" project which addresses the question of when and under what conditions people treat robots as intentional beings. That is, whether, in order to explain and interpret robot's behaviour, people refer to mental states such as beliefs or desires. The paper published today in Science Robotics is a result of these investigations.

Humanoid robots are a unique category, as they resemble humans to some extent, and thus they might evoke the tendency to perceive them as intentional beings. On the other hand, people are perfectly aware that robots are artefacts, and thus, they should be treated as such. In a previous study, Wykowska and her research group observed that people differ in their likelihood of treating robots as intentional. Some individuals are more likely to attribute intentionality to robots; some are more likely to describe robots in a purely mechanistic manner. In this most recent study published in Science Robotics, researchers found that such difference in attitudes can be correlated with brain activity, measured by electroencephalogram (EEG), so that it is possible to predict people's bias in attributing intentionality towards robots, such as the IIT's iCub (https://www.eurekalert.org/pub_releases/2017-12/iidt-tio121817.php).

"Our findings are fascinating, as they show that it is possible to bridge a gap between a high-level philosophical concept and neuroscience data, namely, that attitudes towards technology can be linked to distinct brain activity patterns", Agnieszka Wykowska comments. "This study shows that people might have various attitudes, such anthropomorphizing robots to various extent, and those attitudes can actually be detected at the neural level".

Researchers tested 52 individuals with EEG. First, they recorded people's neural activity at rest, when participants were asked just to relax and let their mind wander freely. Subsequently, participants were involved in a task, where they needed to choose descriptions of various (visually presented) scenarios involving the iCub robot. The descriptions used "intentional/mentalistic" vocabulary (such as "iCub wants to draw something") or "mechanistic" vocabulary (such as "iCub optimizes grip for small objects").

Researchers found that even when the brain is not engaged in a particular experimental task, that is, at rest, there is a certain pattern of neural activity (in the beta frequency range of the EEG signal) that predicts people's bias in attributing intentionality toward the iCub humanoid robot. They also found differences in brain activity at the moment that participants interpreted specific iCub behaviours as having either a mechanistic or intentional explanation.

Apart from contributing to basic research, these results are important for understanding engagement with robots and can be predictive for the future acceptance of robots in healthcare applications and daily life.