What keeps couples together 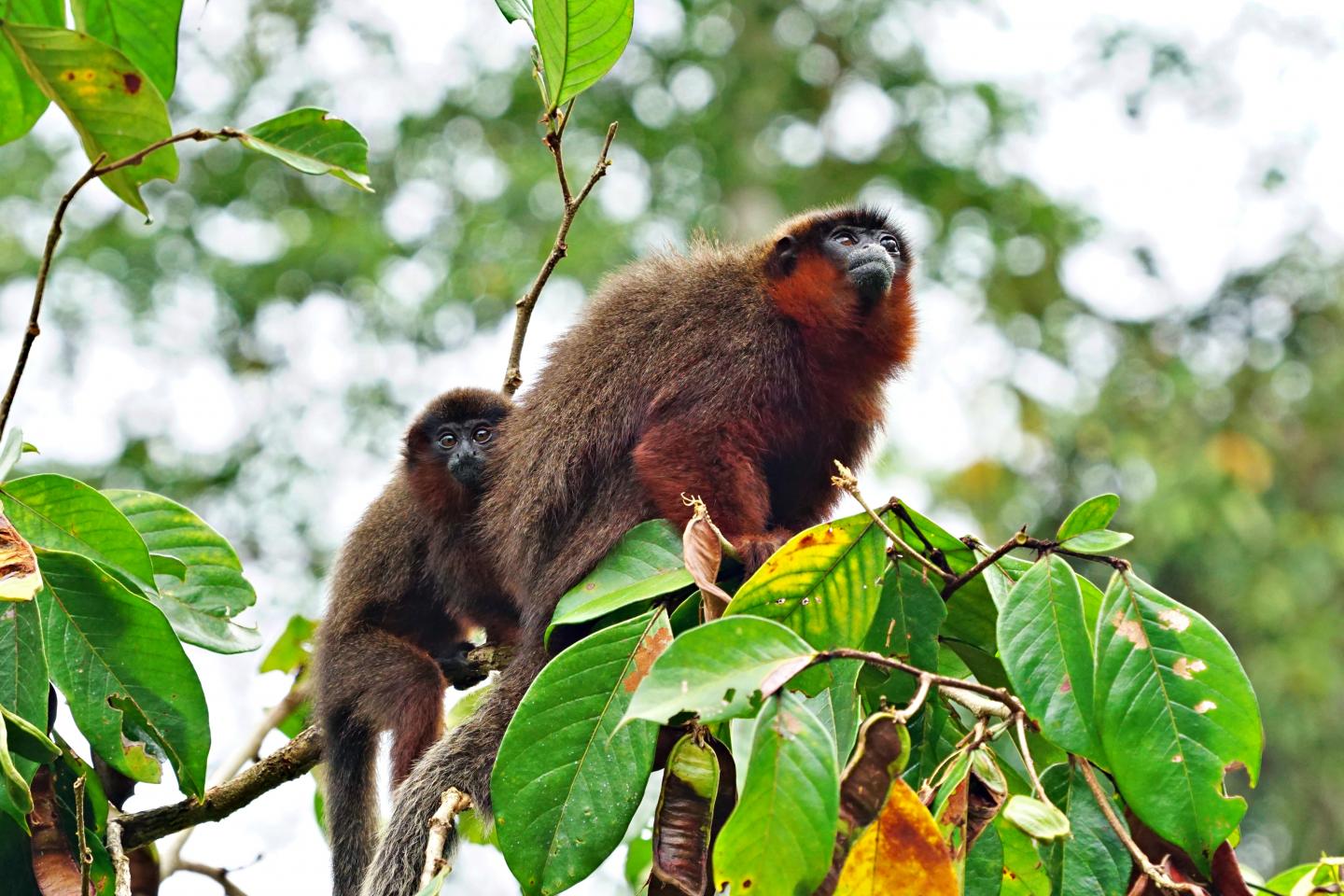 In mammals, pair bonds are very rare, one of the few exceptions being the red titi monkeys of South America. These relatively small tree dwellers live in pairs or small family groups and are characterized by the fact that the males take intensive care of their offspring. A team of researchers from the German Primate Center - Leibniz Institute for Primate Research has now investigated how pair relationships work in titi monkeys. Their results support the so-called "male-services hypothesis": Males provide a useful service by taking more care of the offspring and defending the territory against intruders, while the females are more involved in relationship management and, for example, seek the proximity of their partner more often (Journal of the Royal Society Open Science).

Less than ten percent of all mammalian species live in pair relationships, although the latter are difficult to define. Do the animals only share a territory or is it a long-term relationship based on mutual contact? And if so, how is this relationship maintained? To find this out, behavioral biologists from the German Primate Centre (DPZ) have studied seven groups of red titi monkeys accustomed to the presence of humans in the Peruvian Amazon rainforest near the DPZ research station Quebrada Blanco. Titi monkeys are a textbook example of pair living in mammals. Pairs stay together for many years and males are intensively involved in raising their young. The young are almost exclusively carried by the father and are given to the mother only for suckling. In addition, the fathers play with their children and share their food more often with them than the mothers do.

The researchers wanted to find out what advantages couple life brings for both males and females and what contribution the respective sexes make to the relationship. To do this, they observed the animals over a time span of two seven-month periods from morning to night and noted which animal was seeking the proximity of its partner, who was grooming whom, and which animals were involved in confrontations with intruders.

"We have observed that the females, especially after giving birth, are increasingly concerned with maintaining relationships, i.e. actively seeking the proximity of their partner and grooming their fur," says Sofya Dolotovskaya, PhD student at the German Primate Center and first author of the study. The males, on the other hand, have become increasingly involved in conflicts with intruders. "This behavior is in line with the 'male-services hypothesis', which states that females are mainly concerned with being close to their partner while the latter provides useful services, such as defense against intruders or rearing the young," says Eckhard W. Heymann, scientist at the German Primate Center and head of the DPZ research station Estación Biológica Quebrada Blanco in Peru. "Our results support the hypothesis that the commitment of males for rearing their young is an important factor in maintaining pair relationships." In further investigations it is currently examined whether these pair relationships are accompanied by monogamous mating behavior.