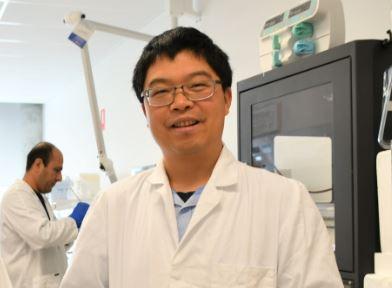 "The study highlighted the disadvantages of autofluorescence, poor signal-to-noise radio, and poor tissue penetration depth of traditional photoluminescence emitters which could be elegantly solved by these radioluminescence luminogens," says Professor of Mechanical and Materials Engineering, Dr Tang.

"Not only do they pinpoint bone and soft tissue damage for better diagnosis and treatment but we suggest further studies could see these AIE-based materials with multifunctionalities used for improved drug delivery, biosensors, bioimaging, and tissue engineering."

Lead author on the journal article in Aggregate, Dr Tavokoli, how based at the Centre for Health Technologies at University of Technology Sydney, says the next generation of fluorescent gels could also capitalise on additional light-emitting properties making them attractive for different applications.

The latest work not only explores a series of inorganic AIE systems but also "fundamentally helps to understand both the unconventional organic and inorganic clusteroluminescence phenomena, Professor Tang concludes.