Viruses don't have a metabolism; but some have the building blocks for one 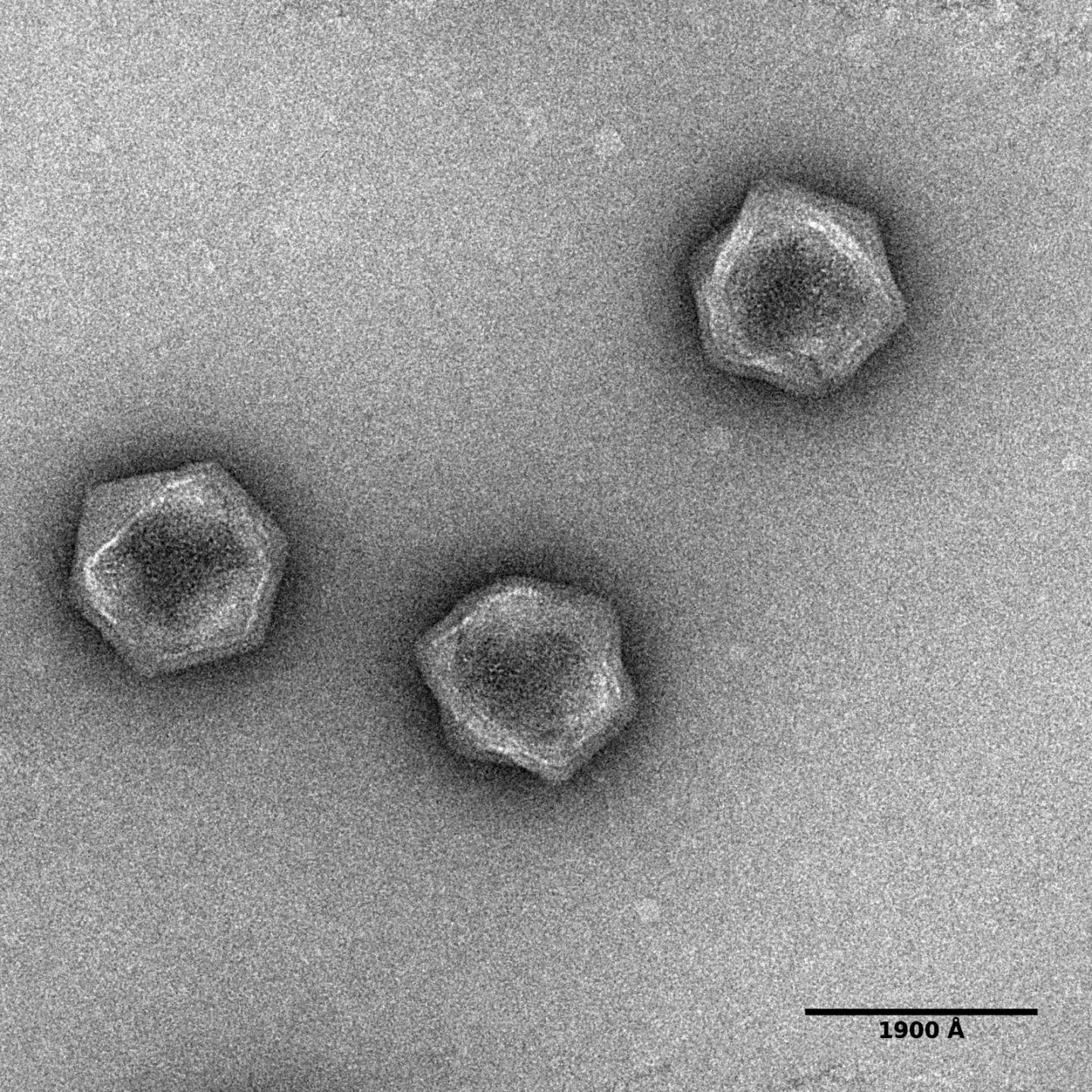 IMAGE: 'Brown tide virus' is a member of a class called the giant viruses. Researchers have discovered genes for key cellular metabolic cycles in many giant viruses, suggesting that these microbes...

In satellite photos of the Earth, clouds of bright green bloom across the surface of lakes and oceans as algae populations explode in nutrient-rich water. From the air, the algae appear to be the primary players in the ecological drama unfolding below.

But those single-celled organisms we credit for influencing the aquatic environment at the base of the food chain may be under the influence of something else: viruses whose genes can reconfigure their hosts' metabolism.

In a new study published in Nature Communications, a research team from Virginia Tech reported that they had found a substantial collection of genes for metabolic cycles -- a defining characteristic of cellular life -- in a wide range of "giant viruses."

Giant viruses disrupt the familiar narrative about viruses: That they're the tiniest denizens of the microbiome, little more than a stripped-down husk of an organism -- just a few genes' worth of DNA or RNA folded into a shell so small you need an electron microscope to see it. In fact, the giant viruses, ten times the size of their more compact cousins and with hundreds or even thousands of genes, are so unlike the rest of the family that when the first species was discovered in 1992, researchers dismissed it as bacteria.

They were eventually correctly classified, but even then considered an isolated curiosity. Frank Aylward, an assistant professor of biological sciences in the College of Science, who led the research, explained that routine surveys of viral diversity often missed them for a prosaic reason: They're so big that they get caught in the filters researchers use to separate viruses from bacteria and other larger organisms.

But gradually, it became clear that these oversized viruses were everywhere -- and especially plentiful in aquatic environments, where they infect single-celled organisms like algae and protozoans. That's important, because the metabolism of those comparatively complex organisms -- what nutrients they consume, what waste they produce -- heavily influences the health of the oceans and lakes they live in, and ultimately the planet's carbon cycle.

"They're all over the biosphere. It's just we haven't really paid attention to them," Aylward said.

Aylward started paying attention after postdoctoral researcher Monir Moniruzzaman, the lead author of the new study, joined the lab in 2018.

"Monir is the giant virus expert," Aylward laughed. "He just wouldn't stop talking about giant viruses, so finally I said, okay, we'll start working on them."

Working from publicly available metagenome databases, which house jumbles of genetic data from the vast array of organisms in a variety of environments, Moniruzzaman began to tease out genomes that belonged to giant viruses. Using known giant-virus genes as markers and patterns in the data as clues, he pieced together genomes for 501 giant viruses, mostly from marine and freshwater environments. Those genomes contained the standard features you'd expect -- genes that direct the construction of the virus' protective shell, and that allow it to infect and kill its host.

They didn't expect to see so many metabolic genes. Metabolism, the collection of processes cells use to extract energy from nutrients, is a hallmark of cellular life, absent from viruses almost by definition. Nevertheless, these giant viruses seemed to have genes linked to several key metabolic pathways in living cells.

These weren't the first metabolic genes that had turned up in viral genomes, but they included many functions that had never been seen in viruses. Other examples had been isolated viral genes that were virtually identical to their cellular counterparts, suggesting they had been acquired from the host by chance during an infection and pasted into the virus' genome relatively recently: vestigial artifacts of invasions past rather than functional tools.

The genes Moniruzzaman and Aylward found, on the other hand, comprised large portions of familiar metabolic pathways but had their own unique signature.

That suggests that these genes aren't just genetic flotsam, but working components the virus deploys as it commandeers its host. In this case, the researchers say, the implication is that the virus is altering the cell's metabolism.

"Once viruses infect a cell, we can't think of the cell as being its own autonomous entity anymore," Aylward says. "The fundamental aspects of cellular physiology are being rewired by these viruses upon infection."

Changes in the host's metabolism can shift the balance of nutrients being consumed and released into the environment, giving viruses sway over aquatic biogeochemistry. Even though viruses aren't alive, Aylward explains, "they are significantly altering the course of life every day in the environment."

The next step is figuring out how by using experimental studies that can help uncover how these genes function and interact with the host's native metabolism. The team will also probe the evolution of these genes to determine how they slipped into the viral genome, and when.

Discovering these genes, which stretch our ideas about how giant viruses influence their environment, has broader implications for virology. Finding the building blocks for metabolism in something that's not alive blurs the distinction between what's alive and what isn't.

Moniruzzaman suspects that there are more surprises lurking in these genomes, which are stuffed with what he describes as "viral dark matter" -- genes that keep surfacing in studies of giant viruses but whose functions are still unknown.