Very tough and essential for survival 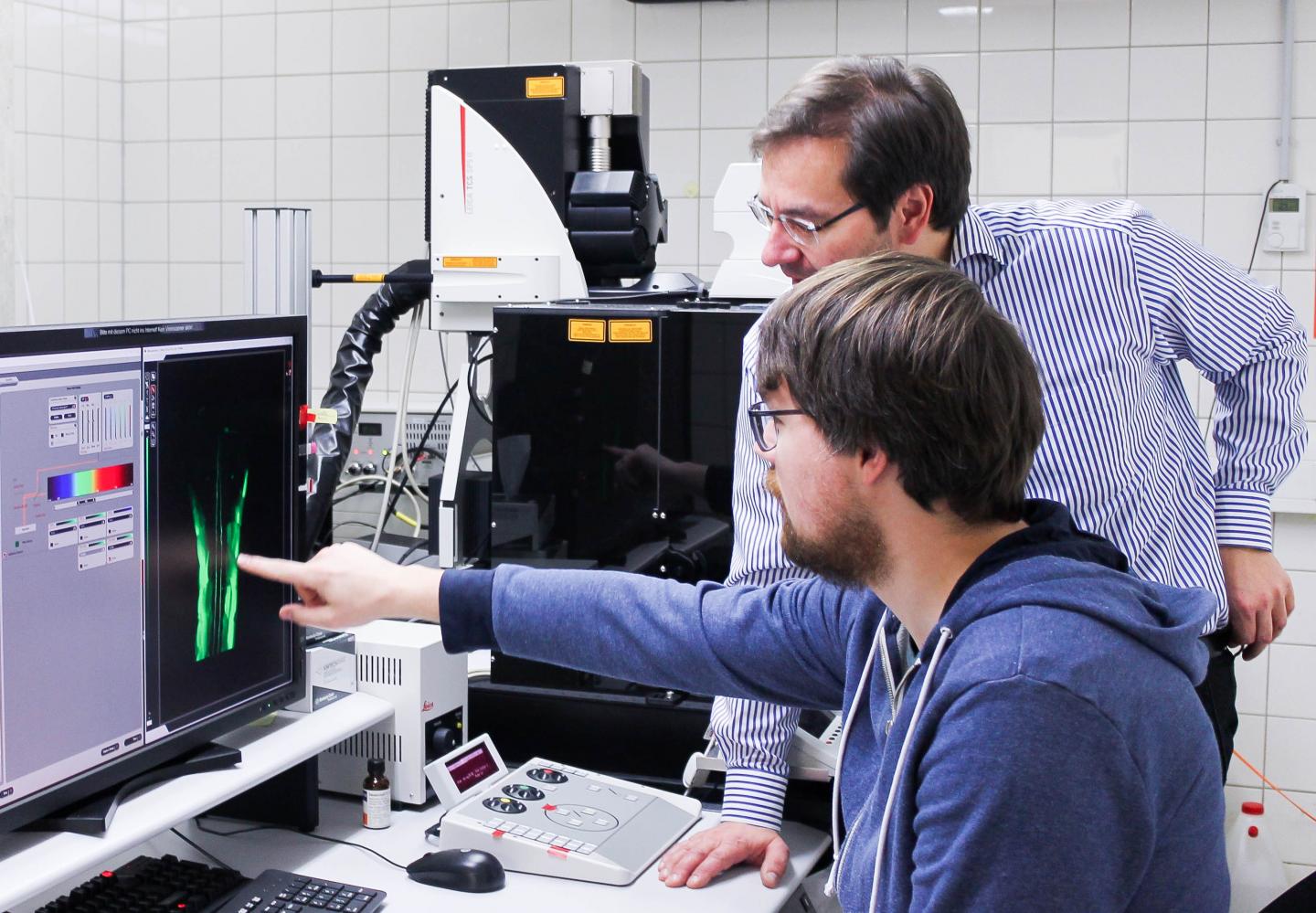 The brains of most fish and amphibian species contain a pair of conspicuously large nerve cells. These are the largest cells found in any animal brain. They are called Mauthner cells and trigger lightning-fast escape responses when predators approach. Biologists at the University of Bayreuth have now shown that these cells have unique functions essential for survival, the loss of which cannot be compensated for by other nerve cells. In addition, they have discovered that Mauthner cells remain functional for a long time without their cell bodies (soma). The researchers have published their findings in the journal "PNAS".

The new findings contradict the widespread view that vital functions of nervous systems are not dependent on individual cells specifically equipped for the purpose. "For some years now, there has been a tendency in biology to assume that there are only weakly developed hierarchies in animal nervous systems. Therefore, one could basically assume that any vital functions are at least partially taken over by other areas of the nervous system in case of failure of the nerve cells that are primarily responsible for a given function. However, Mauthner cells in fish and amphibians are examples of a strong hierarchical dependence. In our experiments, we were able to show that a loss of these cells leads to a lifelong failure of the escape reflexes they control that can never be compensated for", explains the Bayreuth animal physiologist Prof. Dr. Stefan Schuster, who directed the investigations.

This central function of Mauthner cells was long misunderstood. It was believed that a Mauthner cell was condemned to die without its cell body, the soma, and was therefore non-functional. This assumption led to incorrect interpretations of experiments in which the somata of the Mauthner cells had been removed. Here, rapid escapes were still present and these were erroneously explained by other nerve cells compensating for the supposed failure of the Mauthner cells. But in fact, as the Bayreuth researchers have now shown, Mauthner cells are extraordinarily tough. The structure that is crucial for the transmission of excitation in such a cell, the axon, is able to transmit signals to the nervous system and trigger reflex movements even after the cell body has been removed. Only when an important substructure of the axon - the Axon Initial Segment (AIS) - is missing, does a complete functional failure actually occur.

"This observation is not really surprising, given the central importance of the Mauthner cells. It is precisely because of their unique function that evolution has ensured that they are able to fulfil important tasks even after relatively severe damage to the cell body," says Alexander Hecker M.Sc., the first author of the new study. With high-precision experiments on fish larvae, which did not result in them being killed, he was able to demonstrate the unusual toughness of these nerve cells.

"Our results show that Mauthner cells deserve more attention in biomedicine. In particular, the structures and mechanisms that maintain important functions in these nerve cells even after serious damage to their cell body should be studied in as much detail as possible. This might provide a valuable starting point for investigations that focus on the maintenance and regeneration of damaged nerve cells," added Schuster.