Vampire bats social distance when they get sick 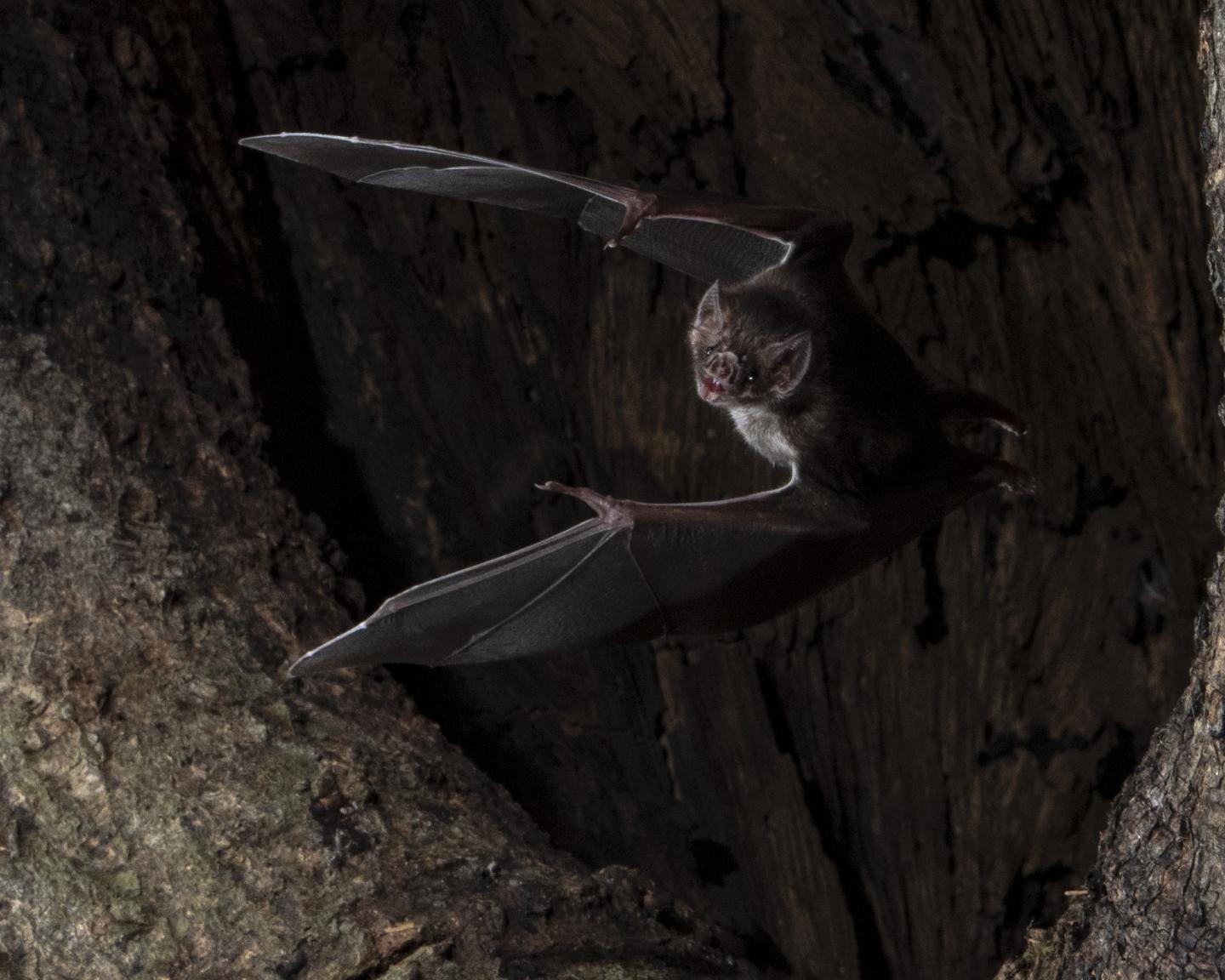 IMAGE: A new paper in Behavioral Ecology finds that wild vampire bats that are sick spend less time near others from their community, which slows how quickly a disease will spread....

A new paper in Behavioral Ecology, published by Oxford University Press, finds that wild vampire bats that are sick spend less time near others from their community, which slows how quickly a disease will spread. The research team had previously seen this behavior in the lab, and used a field experiment to confirm it in the wild.

As a pathogen spreads across a population, changes in social behavior can alter how the disease spreads. Transmission rates can increase when parasites change host behavior or decrease when healthy individuals avoid sick ones. In certain social insects, sick ones might self-isolate voluntarily or be excluded by their colony mates. A simpler mechanism causing reduced transmission is that infected animals often show sickness behavior, which includes increased lethargy and sleep, and reduced movement and sociality. This sickness-induced social distancing does not require cooperation from others and is probably common across species.

Researchers here conducted a field experiment to investigate how sickness behavior affects relationships over time using a dynamic social network created from high-resolution proximity data. After capturing 31 adult female vampire bats from a roost inside a hollow tree at Lamanai, Belize, researchers simulated "sick" bats by injecting a random half of bats with the immune-challenging substance, lipopolysaccharide, while the control group received saline injections.

Over the next three days, the researchers glued proximity sensors to the bats, released them back into their hollow tree, and tracked changes over time in the associations among all 16 "sick" bats and 15 control bats under natural conditions.

"The sensors gave us an amazing new window into how the social behavior of these bats changed from hour to hour and even minute to minute during the course of the day and night, even while they are hidden in the darkness of a hollow tree," said the study's lead author, Simon Ripperger. "We've gone from collecting data every day to every few seconds."