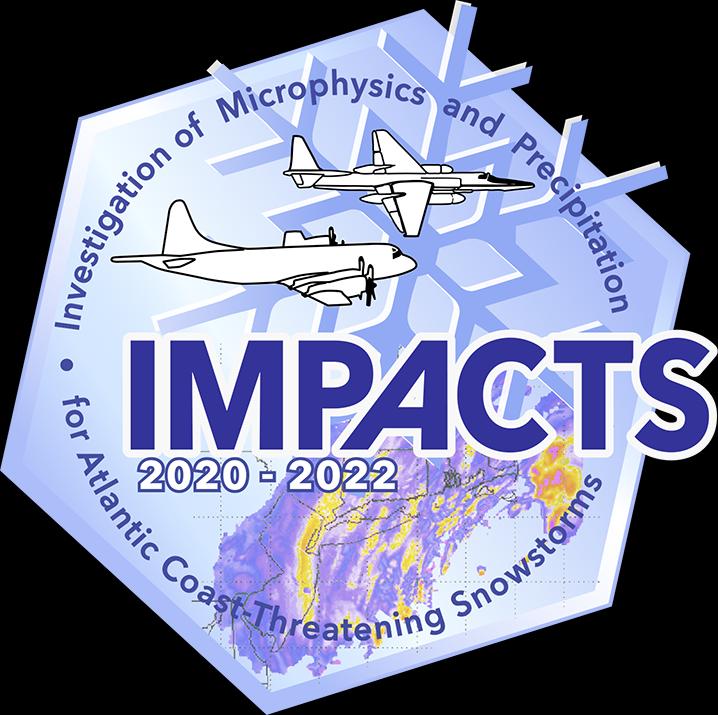 IMAGE: The Investigation of Microphysics and Precipitation for Atlantic Coast-Threatening Snowstorms (IMPACTS) field campaign runs 2020 through 2022.

Snowstorms can wreak havoc across the United States, but especially on the East Coast. Snow is the least-understood form of precipitation, with major snowstorms among the most difficult weather events to forecast. Yet people rely on these forecasts to stay safe, plan travel routes and decide whether to close schools or businesses.

To better understand large, disruptive snowstorms, a University of Washington atmospheric scientist will lead a NASA field campaign this winter to fly through major snowstorms along the East Coast. The multi-institutional team will observe snow as it forms in clouds to help with satellite monitoring of snowfall and ultimately improve forecasts.

"In a big snowstorm, the snow is not evenly distributed. Some places really get hammered, but others, even close by, don't get nearly as much. We want to understand the processes behind that," said principal investigator Lynn McMurdie, a UW research associate professor of atmospheric sciences.

The NASA Investigation of Microphysics and Precipitation for Atlantic Coast-Threatening Storms, or IMPACTS campaign, will be based at NASA's Wallops Flight Facility on the Virginia coast. The six-week campaign runs Jan. 15 through late February 2020, with additional campaigns in the same region in the winters of 2021 and 2022.

"Winter clouds contain regions that generate more snow, called snow bands," McMurdie said. "We hope to understand why these snow bands form, and how they evolve with the developing storm. If we can understand the processes in the clouds, we can better predict how they distribute snowfall to us on the ground."

IMPACTS is the first field campaign to study East Coast snowstorms in 30 years, and the most comprehensive study of Northeast snowstorms to date.

McMurdie led a previous NASA field campaign in 2015 that measured rain and snow over Washington state's Olympic Peninsula. That effort focused mostly on rain over mountainous terrain; this one will focus on snow, and over relatively flatter terrain. On the Eastern Seaboard, the combination of cold air from Canada and moisture from the Atlantic Ocean can produce major snowstorms that stretch from Georgia to Maine.

"Over the course of three years, we need at least six good storms," McMurdie said. "We expect far more, but they might not be good storms. And we want some redundancy to make sure we have all the instruments working during those events and to sample of a variety of storm intensities."

"The instruments on the ER-2 will be the same as the ones flown on satellites," McMurdie said. "But the airplane is closer to Earth and we can tell it where to go, so we can sample regions over and over again."

The second aircraft is a P-3 research aircraft that will travel through the clouds, lower than commercial planes, for a bumpier flight that offers a close-up view of snow particles. Instruments on board will monitor exactly what types of snow is forming and falling from the clouds. The P-3 will also drop balloons over the ocean that carry a box of instruments to measure temperature, humidity and winds.

Snow is a challenge to detect from space because satellite models assume that the snow crystal is a simple geometrical shape, which isn't realistic. The most famous form of snow, snowflakes, are especially tricky to image from space. The lower aircraft includes instruments that can image individual flakes from two angles, to capture them head-on and in profile.

"Snow can be hundreds of different shapes, which is not easy to do mathematically," McMurdie said. "The geometry alone is enough to put you through a tizzy. To assume your snow looks like round things is not what happens in the sky."

The P-3, which was outfitted in November with the instruments it will carry during this campaign, will be based in Virginia. The high-flying ER-2 will be based in Georgia, outside the storm centers for easier takeoff and landing. The team hopes to observe storms around New York State including Long Island, where partners are collecting ground observations. The final flight routes will depend on the storm paths that nature delivers.

In the days leading up to a promising storm, the mission scientists will map out the flight paths. Depending on how far the storm is from Wallops Flight Facility, which determines the travel time to the storm, the aircraft can collect observations for four to six hours. The campaign also will use ground instruments and balloons to help complete the picture.

"I just love winter storms, they've always fascinated me. So it's very exciting to find out how they work, and how snow gets distributed the way it does," McMurdie said.