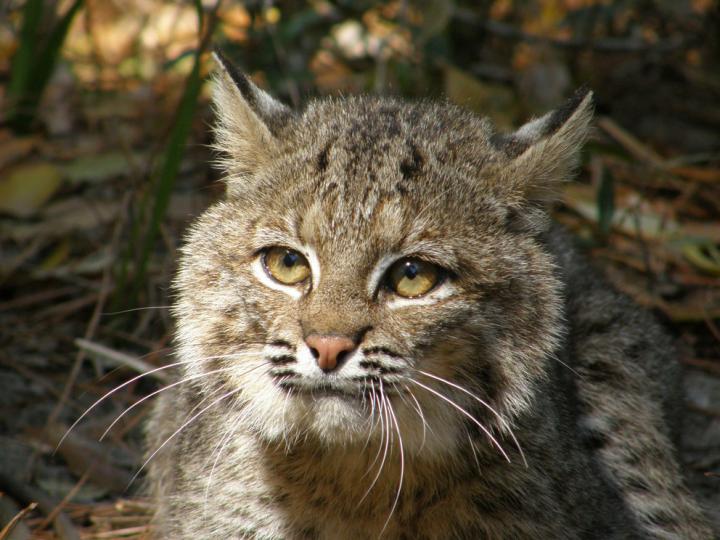 The reintroduction of 32 bobcats to an island off the coast of Georgia more than three decades ago created an ideal experiment to examine the accuracy of a genetic-modeling technique that predicts extinction of isolated wildlife populations.

That's the conclusion of Penn State researchers who continue to monitor the bobcat population on Cumberland Island National Seashore, and who conducted a study comparing and contrasting the Cumberland Island bobcats to a population of bobcats on Kiawah Island off the coast of South Carolina.

The research was led by Cassandra Miller-Butterworth, associate professor of biology at Penn State Beaver, and Duane Diefenbach, Penn State adjunct professor of wildlife ecology who, as a doctoral candidate at the University of Georgia in 1989, reintroduced bobcats captured on the Georgia mainland to Cumberland Island. Before freeing the bobcats on the island, he drew blood samples from the animals and froze them. DNA in those samples now serves as a baseline to compare how the population is faring.

The bobcat reintroduction was part of Diefenbach's doctoral research, in which he documented the survival and reproduction of the reintroduced bobcats and collected blood samples from the first litters of kittens born on the island. Since then, he has returned to the island many times over the years with students and volunteers to collect bobcat scat from which to extract DNA to monitor the population's genetic health.

There now are 24 bobcats on Cumberland Island, which is separated from the mainland by open water that prevents bobcats from the mainland from immigrating. DNA from the scat allows the scientists to identify individual bobcats, which enables them to estimate abundance and survival rates and measure levels of inbreeding.

"Because we had DNA from the founding population, we were able to document the loss in genetic diversity over time in the population," said Diefenbach, leader of the Pennsylvania Cooperative Fish and Wildlife Research Unit, which is housed in Penn State's College of Agricultural Sciences. "Over the past 30 years, the population has lost about 15% of its genetic diversity. There appears to be some inbreeding, but generally it is low."

Over the last decade, Diefenbach has collaborated with Miller-Butterworth, a wildlife population geneticist, to analyze the bobcats' DNA. Her laboratory handled all the molecular analyses from the blood samples.

Diefenbach and Miller-Butterworth also assessed the bobcat population on Kiawah Island. After trappers in 2015 and 2016 donated tissue samples from bobcats on the South Carolina mainland, the researchers determined that bobcats do occasionally travel on and off that island, likely over a bridge for vehicles.

"On Kiawah, we studied the genetics and found that about every five years, a bobcat from the mainland contributes genes to the island population," Miller-Butterworth said. "Consequently, genetic diversity on Kiawah Island is lower than on mainland South Carolina, but still higher than on Cumberland Island."

The research findings, recently published in Global Ecology and Conservation, indicate that the probability of Cumberland Island bobcats becoming extinct will continue to increase over time. By 2040, the researchers predicted, the risk of extinction will increase to about 20% without any human intervention to restore the loss in genetic diversity, perhaps by introducing a bobcat from the mainland every four or five years.

However, the findings provide good news for people trying to protect endangered species, Miller-Butterworth pointed out.

"We found that population viability models that predict the fate of the population did a good job in predicting the loss in genetic diversity and the long-term population size," she said. "I was surprised at how closely the modeling data and the empirical data matched -- you don't see that often. When we were running the population viability analyses, the predictions that we got for genetic variation, or heterozygosity, matched almost exactly what we were finding with our empirical DNA data."

The Cumberland Island bobcat study is valuable because it yielded information that may be useful in future research used to rescue endangered felid populations, such as Iberian lynx or Eurasian lynx, for which extinction risk may be high, Miller-Butterworth explained. Bobcats are not threatened as a species, but the isolated population on Cumberland Island simulates an endangered species scenario in which a population becomes isolated due to habitat loss and fragmentation and loses genetic variation over time -- an increasingly common scenario for many endangered species.

"The benefit is we can use this as a case study, or a test case, to figure out what works to re-establish the population's viability, and then that knowledge potentially can be used to extrapolate what would work for an endangered species where the situation is dire," she said. "If we make a mistake in our calculations on Cumberland Island, it would be sad, but it wouldn't result in losing a species."