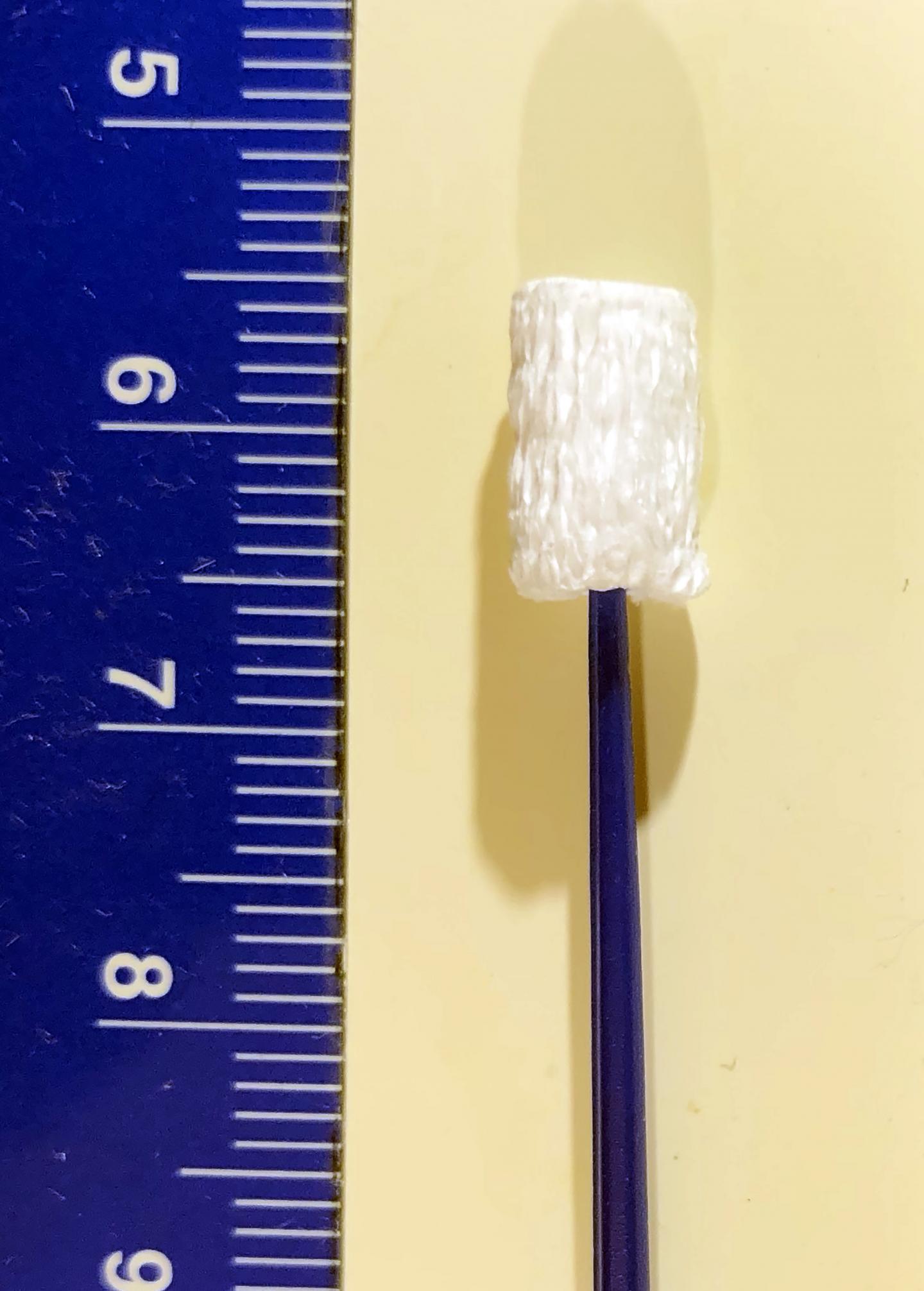 IMAGE: A new type of nanofiber swab could improve sample collection and test sensitivity for SARS-CoV-2 and other biological specimens; ruler at left shows centimeters.

Rapid, sensitive diagnosis of COVID-19 is essential for early treatment, contact tracing and reducing viral spread. However, some people infected with SARS-CoV-2 receive false-negative test results, which might put their and others' health at risk. Now, researchers reporting in ACS' Nano Letters have developed ultra-absorptive nanofiber swabs that could reduce the number of false-negative tests by improving sample collection and test sensitivity.

Currently, the most sensitive test for COVID-19 involves using a long swab to collect a specimen from deep inside a patient's nose, and then using a method called reverse transcriptase-polymerase chain reaction (RT-PCR) to detect SARS-CoV-2 RNA. But if the viral load is low, which can occur early in the course of infection, the swab might not pick up enough virus to be detectable. Jingwei Xie and colleagues wanted to develop a nanofiber swab that could absorb and then release more viruses and other biological specimens, improving the sensitivity of diagnostic tests.

The researchers used an electrospinning technique to make 1-cm-long cylinders composed of aligned nanofiber layers, which they coated with a thin layer of gelatin and bonded to plastic swab sticks. In lab tests, the porous nanofiber cylinders absorbed and released more proteins, cells, bacteria, DNA and viruses from liquids and surfaces than the cotton or flocked swabs commonly used for COVID-19 testing. The team made dilutions of SARS-CoV-2 virus, swabbed the liquid samples and tested for viral RNA with RT-PCR. Compared with the two other types of swabs, the nanofiber ones reduced the false-negative rate and detected SARS-CoV-2 at a 10-times lower concentration. In addition to allowing more accurate and sensitive COVID-19 testing, the nanofiber swabs have far-reaching potential in diagnosing other diseases, testing for foodborne illnesses and helping forensic teams identify crime suspects from miniscule biological specimens, the researchers say.