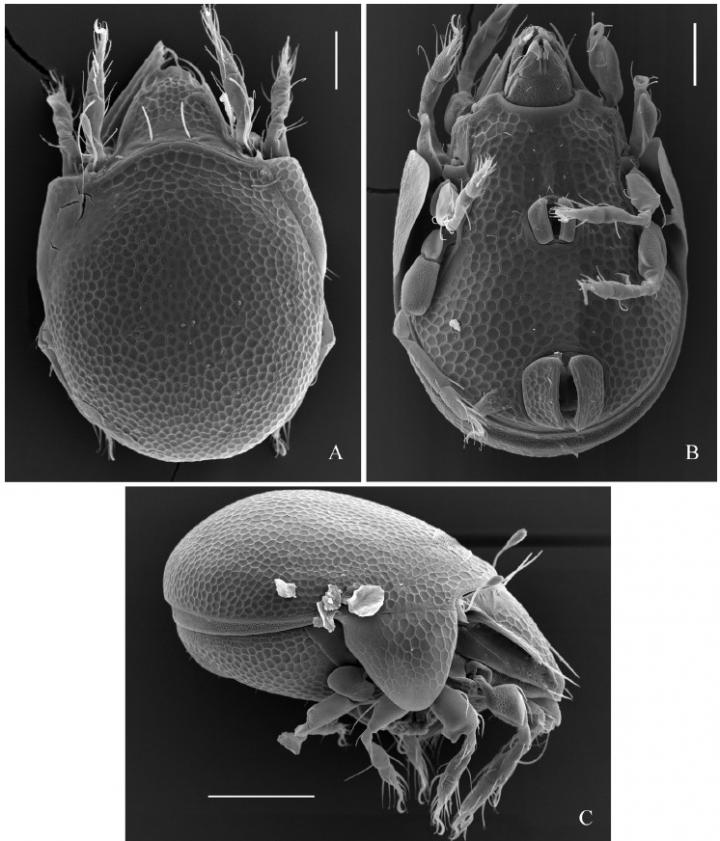 Sergey Ermilov, a researcher from Tyumen State University, discovered and described a new species of oribatid mites that lives on the forest floors in Malaysia. The species was named Trachyoribates viktortsoii after Viktor Tsoi, a Soviet rock musician, songwriter, and artist who had a great influence both on the Russian culture in general and the discoverer of the new species in particular.

Celebrities are often commemorated in monuments and songs; people name their children or pets after them. Taxonomists also pay their respects to famous people, but in an unusual way -- by giving newly discovered species the names of their icons. The reasons for it may be different. Sometimes it's physical similarities, like in the case of Baracktrema obamai -- a parasite that infects turtles. According to the discoverers, they named it after Barack Obama, because it was "long, slender, and extremely cool" like the former US President himself. Sometimes, a name is given to a new species to honor a person's contribution to the society; for example, the Eristalis gatesi flower fly is named after the father of computer software Bill Gates. Several arthropods bear the names of Lady Gaga, Shakira, Angelina Jolie, and other celebrities. There is even a List of organisms named after famous people in Wikipedia.

Sometime scientists give their discoveries the names of people that inspired them, had influence on their life, or were of great importance for them. This is the case of Sergey Ermilov, a lead researcher of the Institute of Ecological and Agricultural Biology (X-BIO) at Tyumen State University who described a new species of oribatid mites.

The researcher was a part of a team that identified oribatid mites from Malaysian forest floors collected by scientists of the Institute of Zoology in Bratislava, Slovakia, and one of the species found by him turned out to be previously unknown. It belongs to the Trachyoribates genus. The mites of this species are distinguished by the net pattern on their bodies and other diagnostic indicators. Previously, the Trachyoribates genus was thought to consist of only two species of mites found in the Indomalayan realm and New Guinea, but recently Trachyoribates viktortsoii has been added to it. The species is named after Viktor Tsoi, a famous rock musician, songwriter, artist, and the founder of Kino band. According to Sergey Ermilov, the music by Viktor Tsoi has always been of great importance for him, and even to this day he listens to it during his work.