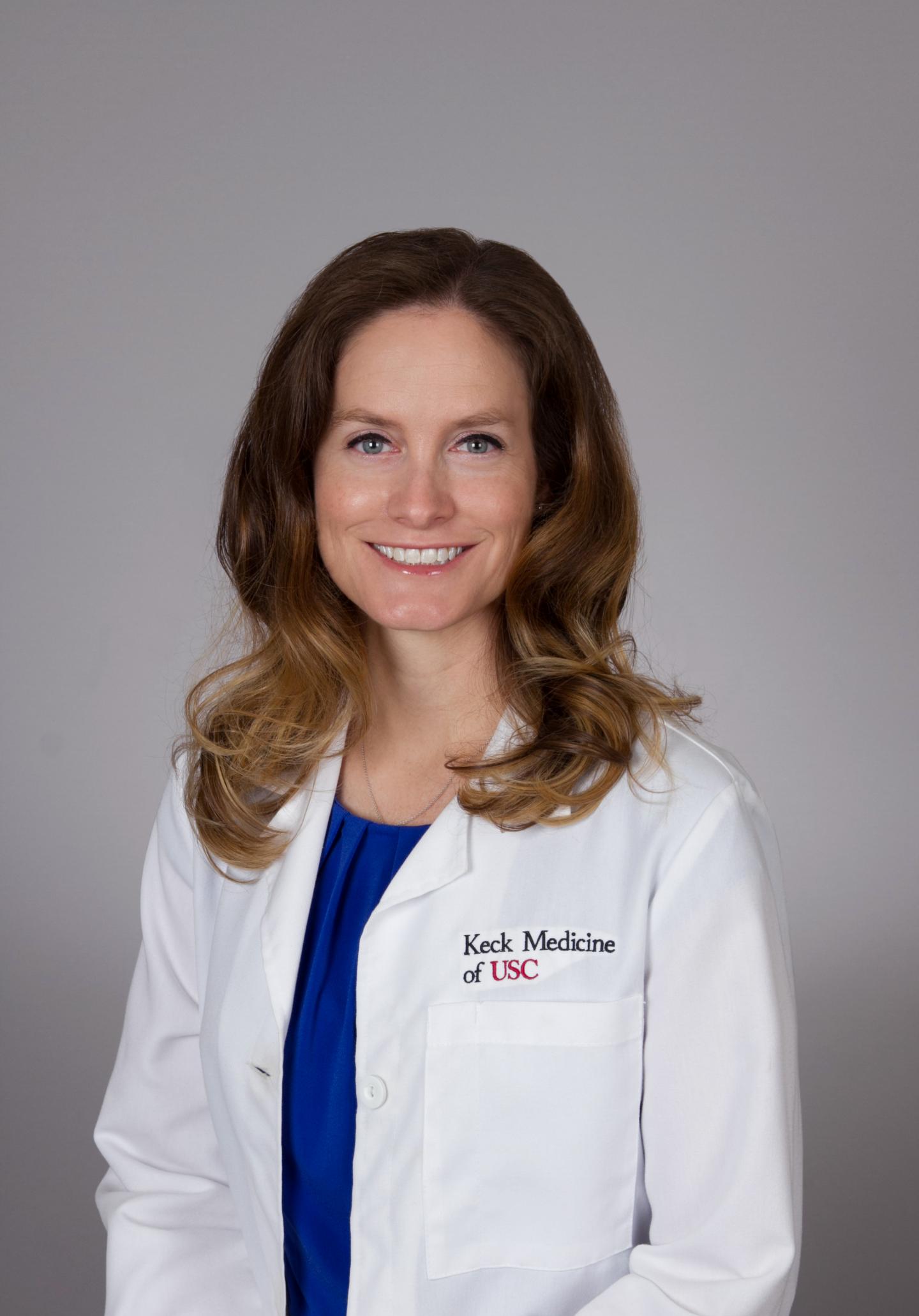 IMAGE: This is Elizabeth A. David, MD, MAS, a cardiothoracic surgeon with Keck Medicine of USC.

LOS ANGELES - Lung cancer is the leading cause of cancer-associated deaths in the United States. Non-small cell lung cancer (NSCLC), a group of lung cancers named for the kinds of cells found in the cancer, constitutes more than 80% of all lung cancer cases.

In NSCLC patients where the cancer has spread to one or more lymph nodes close to the lung, a condition known as pathologic N1 (pN1) disease, current guidelines recommend a two-part protocol: the surgical removal of the cancerous tissue (resection) followed by a chemotherapy regimen that contains a cocktail of cancer-fighting drugs.

However, not all pN1 patients are receiving the second part of the protocol.

In a Keck Medicine of USC retrospective study of the National Cancer Database published in The Annals of Thoracic Surgery, of almost 15,000 patients who underwent resection for pN1 disease, only slightly more than half (54.1%) received any chemotherapy. Patients were less likely to receive chemotherapy if they lived in rural areas or were on Medicaid or uninsured.

"This study shows that inequalities exist when it comes to getting the highest level of care," says Elizabeth A. David MD, MAS, a cardiothoracic surgeon with Keck Medicine and the study's lead author. "Previous studies have determined that socioeconomic status plays a role in the surgical management of patients with lung cancer, but we are the first to examine the relationship between socioeconomic status and access to chemotherapy in patients with pN1 disease."

The study also revealed that the benefit of receiving chemotherapy in this patient population is higher than generally thought. Previous research has shown that patients with pN1 disease treated with both surgery and chemotherapy increase their five-year cancer survival rate by 5.4% over those who receive only surgery. David and her colleagues found that the survival rate actually increases by 14% - almost triple the accepted number.

"While this is a significantly greater number than historically reported, due to the breadth of our study, we believe this new statistic is accurate, and we have other studies ongoing to provide more validation," says David, who is also an associate professor of clinical surgery at the Keck School of Medicine of USC.

Researchers collected data on NSCLC patients with pN1 disease from the National Cancer Database, a hospital-based oncology registry sponsored by the American College of Surgeons and the American Cancer Society that captures approximately 70% of all patients with newly diagnosed cancer in the United States.

The study authors examined multiple socioeconomic status variables of the patients -- race/ethnicity, median household income, education level, urban/rural area of residence and insurance status -- to reach their conclusion of a disparity in treatment among those in rural areas or without insurance or on Medicaid. The other socioeconomic categories did not play a role in treatment received.

While it was out of the scope of the study to determine why patients are not receiving chemotherapy, David believes that patients may be offered the treatment, but turn it down. Those in rural areas may have to travel to an urban area far from home to receive surgery and may not have the resources, such as transportation, to commit to follow-up chemotherapy treatments. For those with no insurance or on Medicaid, the cost of the chemotherapy may be a barrier to follow-up treatment.

"It is clear that as medical professionals, we need to find creative solutions to help at-risk populations receive guideline-recommended care," David says. "Lung cancer survival rates are improving and all patients, regardless of where they live or financial status, should be able to take advantage of the treatment that will give them the best chance of recovery and survival."