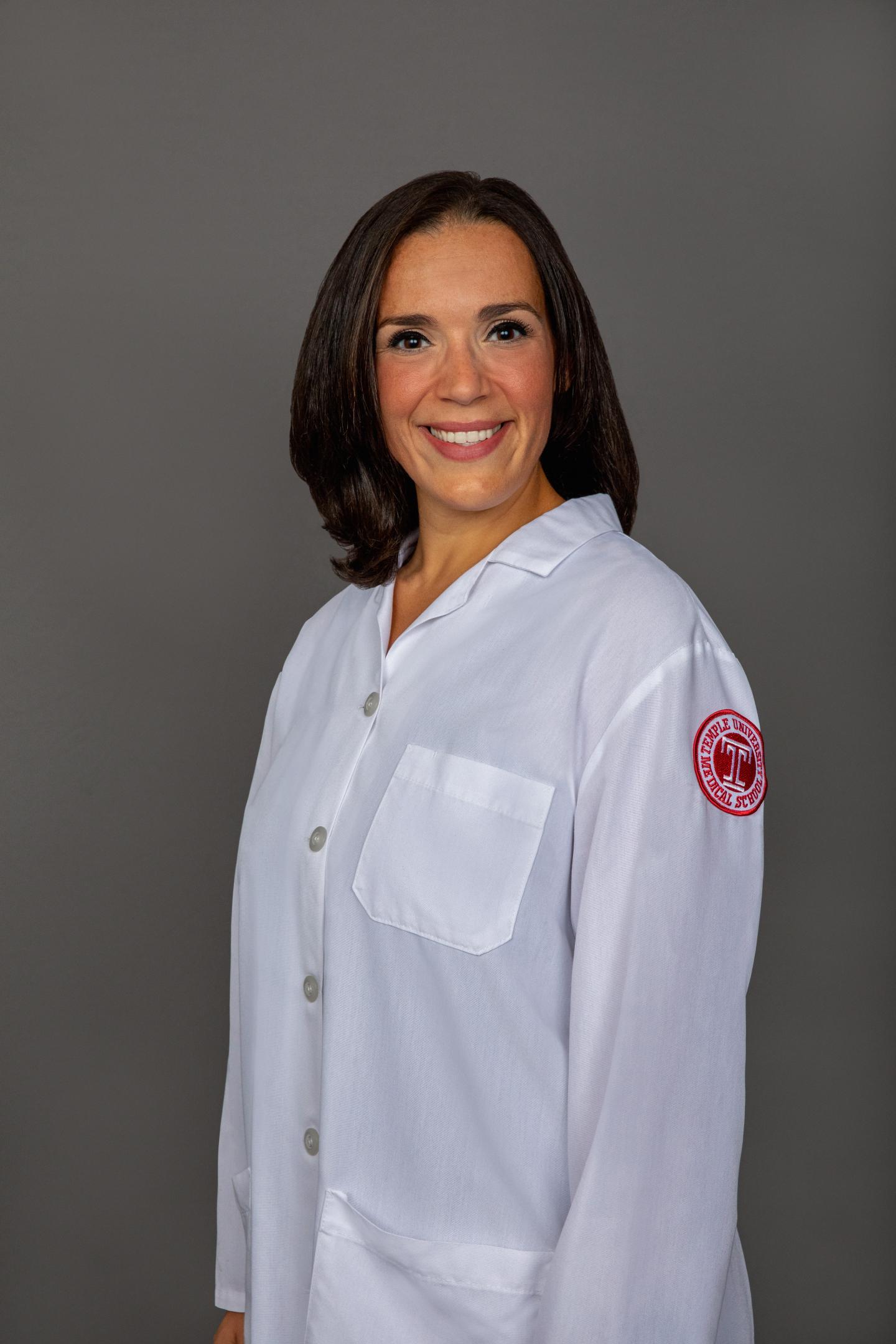 IMAGE: Jessica Pfleger, PhD, Instructor in the Center for Translational Medicine at the Lewis Katz School of Medicine at Temple University.

(Philadelphia, PA) - The human heart is like a sponge, able to expand and grow, increasing its capacity to take up blood. In theory, an enlarged heart can also squeeze out more blood, with more power, than an average-sized heart. But in reality, for most people, this growth - known as cardiac hypertrophy - is abnormal and signals trouble.

Cardiac hypertrophy is brought on by various factors, high blood pressure in particular. Existing treatments only delay the inevitable - that the spongy heart muscle becomes thicker and stiffer over time, culminating in heart failure, in which the heart can no longer contract strongly enough to pump blood through the body.

A greater understanding of the molecular mechanisms driving abnormal heart growth promises to turn this around, however, and in new work, researchers at the Lewis Katz School of Medicine at Temple University (LKSOM) cast fresh light on a key molecular regulator in the heart known as FoxO1. In a paper published online July 9 in the journal Circulation, the Temple scientists are the first to show that FoxO1 attaches to and activates a wide array of genes in heart cells, leading to widespread increases in growth signaling, specifically within the heart.

"FoxO1 is a major transcription factor that regulates genes involved in metabolism and growth," said Jessica Pfleger, PhD, Instructor in the Center for Translational Medicine at LKSOM and lead author of the new study. "In the heart, however, its activity has been alternately linked to increased and decreased growth, and as a result, there has been uncertainty about what FoxO1 activation means in terms of cardiac hypertrophy."

Figuring out what FoxO1 does in the heart is critical, as pharmaceutical companies are zeroing in on such targets for the development of new therapies for cardiac hypertrophy. In order for those novel therapies to do their jobs effectively, however, a clearer knowledge of FoxO1 activation and its downstream effects is needed.

In the new study, Dr. Pfleger and colleagues investigated FoxO1 using a so-called transverse aortic constriction mouse model. In these animals, cardiac hypertrophy develops as a result of blood pressure overload and stress on the heart, thereby roughly mimicking the development of cardiac hypertrophy in humans with high blood pressure. The researchers carried out genome-wide analyses on the animals' heart tissue, looking specifically for areas where FoxO1 binds to DNA and switches genes on or off.

The team's analyses revealed that FoxO1 binds widely to genes throughout the heart cell genome.

"Its genomic binding was widespread, yet specific," Dr. Pfleger explained. "FoxO1 binding increased especially during pathological growth of the heart. This really makes sense, because in order for the heart to grow, a majority of genes need to be activated, which requires a huge increase in gene expression."

The study is also the first to show in animals that loss of FoxO1 expression in the heart prevents cardiac overgrowth caused by chronically elevated blood pressure. The researchers landed on this discovery after they eliminated FoxO1 from heart cells cultured in the laboratory and observed that the cells no longer increased in size in response to growth-inducing molecules.

"Our observations primarily shed light on understudied mechanisms of pathological heart growth," Dr. Pfleger said. "Therapeutically, more work is required to properly target FoxO1, since it is intimately involved in the activation of numerous genes associated with heart growth."

Dr. Pfleger and colleagues next plan to investigate other molecules linked to abnormal heart growth.

"Other factors, in addition to FoxO1, regulate cardiac hypertrophy, and teasing out their roles could give us greater insight into which mechanisms may be most therapeutically relevant," Dr. Pfleger added.