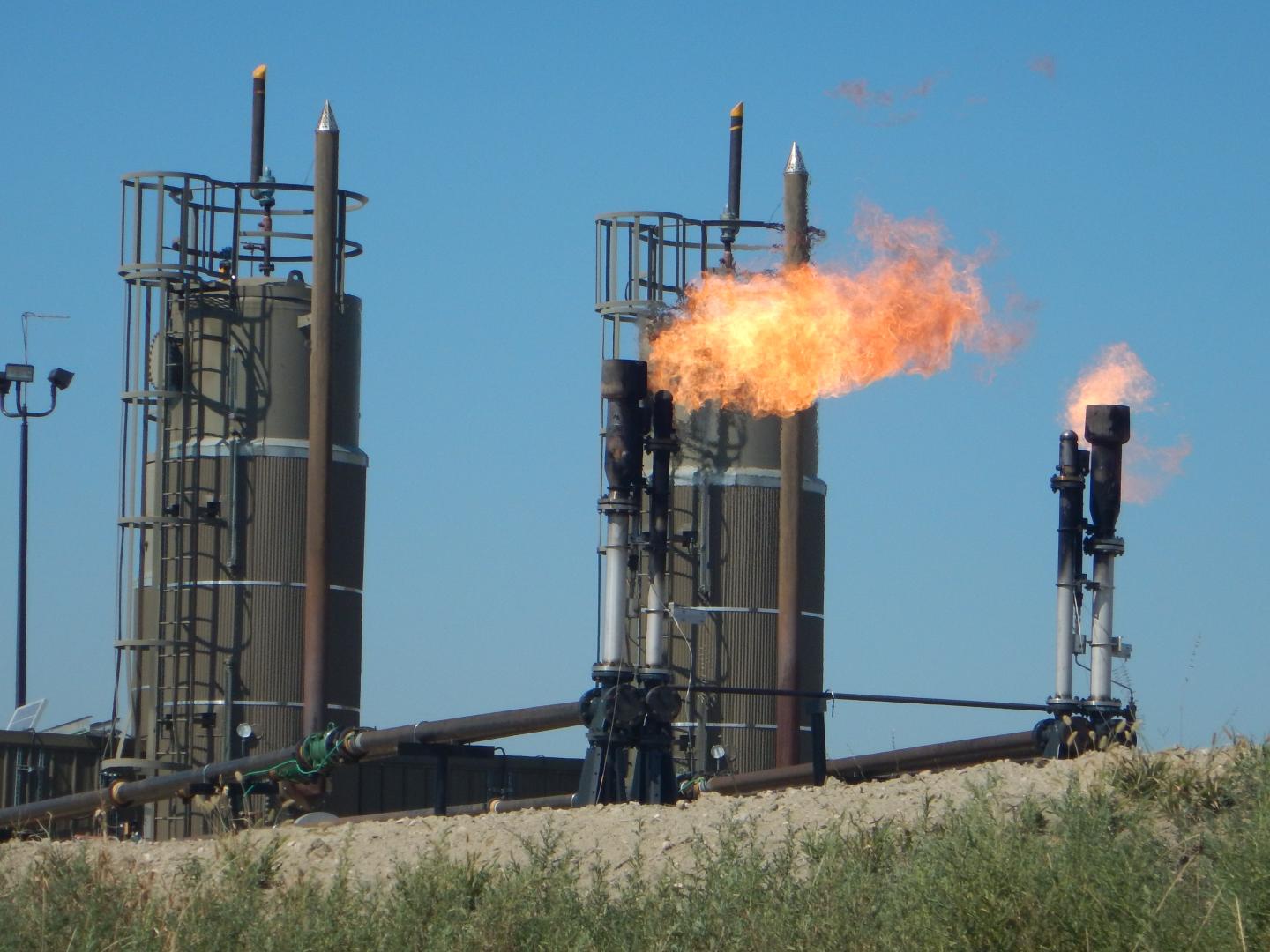 IMAGE: This is methane flaring in the Bakken oil field of North Dakota.

Understanding what influences the amount of methane in the atmosphere has been identified by the American Geophysical Union to be one of the foremost challenges in the earth sciences in the coming decades because of methane's hugely important role in meeting climate warming targets.

Methane is the second most important human-made greenhouse gas and is rising in the atmosphere more rapidly than predicted for reasons that are not well-understood. It is roughly 30 times more potent than carbon dioxide for warming the Earth over a century timescale.

Reductions in global methane emissions are needed to meet global climate warming targets. The goal of the 2015 Paris Agreement is to keep global average temperature increases well below 2?C of pre-industrial levels in the year 2100.

Success hinges on individual countries reducing their greenhouse gas emission through their Nationally Determined Contributions, which will be evaluated every five years in a global stock-take.

A new paper published today and led by climate scientists from the University of Bristol, explains the new technologies and scientific advances needed to track progress of these reductions.

Around half of the methane that is emitted to the atmosphere comes from natural sources, including wetlands and geological seeps.

The remainder is emitted from agriculture, fossil fuel use, and other human activities. Because methane is such a potent absorber of radiation in the atmosphere and because it is decays in the atmosphere faster than carbon dioxide, planned atmospheric concentration pathways that meet the Paris Agreement seek to cut anthropogenic methane emissions by almost half of present-day levels.

Dr Anita Ganesan, from the University of Bristol's School of Geographical Sciences and lead author of the paper, said: "There are major challenges in our ability to quantify this budget, and these challenges make it difficult to assess whether the emission reductions pledged for the Paris Agreement are actually occurring."

The new study highlights exciting new technologies being used to measure methane in the environment, discusses the current limitations in the major areas of methane science and proposes advances that, over the next decade, would significantly improve our ability to understand the mechanisms causing changes in atmospheric methane.

Some of these new technologies include the ability to measure rarer isotopic variants in methane, which provide new capability to pinpoint the sources of emissions, satellites, which are mapping methane concentrations globally with unprecedented detail, and systems to monitor possible 'feedback' emissions from permafrost.

Interpreting these new measurements through state-of-the-art model simulations of the atmosphere will allow emissions to be more accurately quantified from measurements in the atmosphere. The study also highlights the key advances needed for countries to be able to better inventory their methane emissions, for example, by being able to track the composition of waste sent to landfills, or to monitor emissions from leaks in the oil and gas industry.

The three main aspects of methane science covered include atmospheric measurements of methane and its isotopic variations, models that simulate the processes behind methane emissions and the quantification of the various components of the methane budget from atmospheric measurements. Improvements in these three areas will together result in more accurate quantification of methane emissions, which is a vital step toward knowing if we are on track to meeting the Paris Agreement.

Dr Matt Rigby from the University of Bristol's School of Chemistry, is a co-author on the study. He added: "We can't explain with very much confidence the factors that have resulted in large variations in the atmosphere in the past few decades, and with that level of present uncertainty - knowing how to control these concentrations to be in line with climate targets is an even bigger challenge."

Dr Ganesan said: "Since the Paris Agreement, there has unfortunately been a large divergence between some of the planned concentration pathways that would meet Paris targets and actual methane concentrations in the atmosphere.

"The impact is that revised pathways now call for cuts in methane concentrations to occur later and by a much larger amount. Each year that reductions are delayed implies a greater reduction for the future. Until we understand what controls the variations in atmospheric concentrations of methane, we risk falling farther behind."