Team finds bovine kobuvirus in US 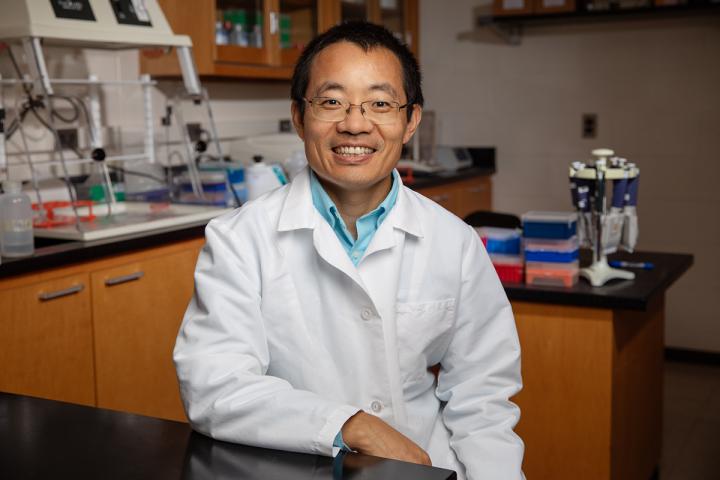 CHAMPAIGN, Ill. -- A virus that afflicts cattle that was first discovered in Japan in 2003 has made its way to the U.S., researchers report in the journal Emerging Infectious Diseases.

Bovine kobuvirus is fairly new to science, so its ill effects are not fully understood. It belongs to a family of viruses known as Picornaviridae, which includes Rhinovirus, a source of head colds and sinus infections in humans; and Poliovirus, which causes polio.

Previous studies conducted elsewhere in the world have found bovine kobuvirus in fecal samples of cattle with diarrhea. The new study confirmed this association by sequencing the microbial DNA in samples from cattle in the U.S. and analyzing the intestines of two calves that died after infection.

"Only bovine kobuvirus was detected in both cases," said University of Illinois veterinary clinical medicine professor Dr. Leyi Wang, who led the new study. "This provides evidence that this virus is the causative agent for calf diarrhea."

So far, no other negative associations with bovine infection have been observed. However, since almost no one in North America is looking for the virus in cattle or other species, it remains to be seen how this emerging disease agent influences health, Wang said.

"Continued surveillance of bovine kobuvirus is urgently needed to determine how widespread it is," Wang said. "Scientists have access to only a few genetic sequences of this virus in public databases. We need to be sequencing these viruses to learn more about their genetic diversity and evolution."

Four of nine samples tested at the U. of I. Veterinary Diagnostic Laboratory were found to harbor bovine kobuvirus, the team reported. All of the infected cows were from the state of Illinois.

Elsewhere in the world, bovine kobuvirus has been detected in about 10 countries in Asia, Europe, South America and Africa.