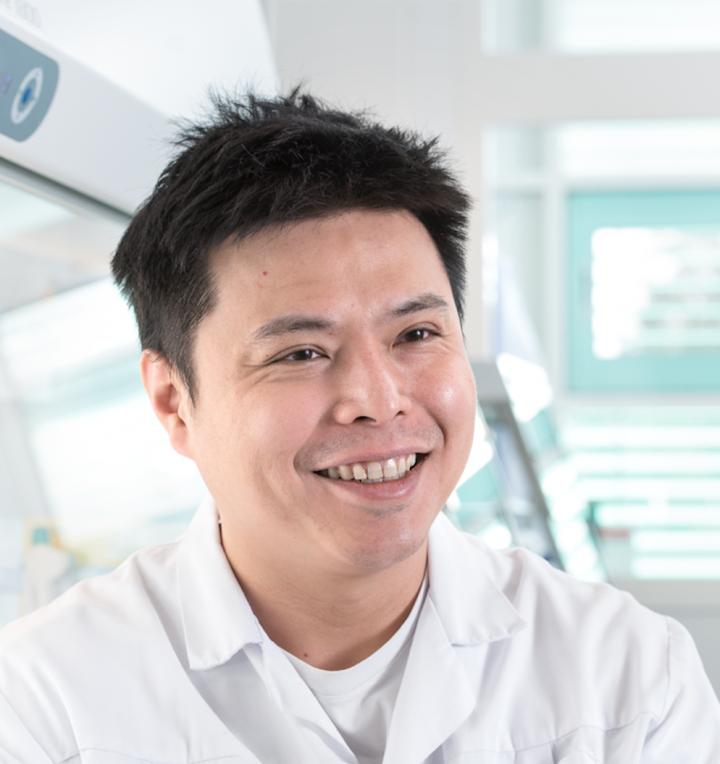 IMAGE: Ping-Chih Ho, associate member of the Lausanne Branch of the Ludwig Institute for Cancer Research

FEBRUARY 18, 2020, NEW YORK -- A Ludwig Cancer Research study has identified a mechanism by which regulatory T cells, which suppress immune responses, adapt their metabolism to thrive in the harsh microenvironment of the tumor. This mechanism, the study finds, is exclusively engaged by regulatory T cells (Tregs) that reside in tumors and could be disrupted to selectively target such Tregs and boost the effects of cancer immunotherapy.

"It has long been known that the Tregs found in tumors protect cancer cells from immune attack, so countering Tregs would be an important strategy for cancer immunotherapy," says Ping-Chih Ho, associate member of the Lausanne Branch of the Ludwig Institute for Cancer Research, who led the study. "But a major hurdle to such interventions is that the systemic suppression of Treg activity can cause severe autoimmune reactions. We have discovered a potential approach to overcoming that problem, one that selectively targets Tregs in tumors and could therefore prevent such adverse effects."

Tregs play a critical role in healthy tissues, where they prevent autoimmune disease and aid wound-healing. But, when recruited into tumors, Tregs also thwart anti-cancer immune responses--and immunotherapy. The current study, published in Nature Immunology, identifies a protein that drives the metabolic adaptations of intratumoral Tregs. The researchers show in a mouse model of melanoma that targeting that protein with an antibody significantly boosts the efficacy of immunotherapy without causing autoimmune side effects.

The cores of tumors are often acidic and starved of oxygen and vital nutrients, which forces resident cells to adapt their metabolism to survive. Ho and graduate student Haiping Wang suspected those adaptations might also reveal vulnerabilities unique to intratumoral Tregs. To find those vulnerabilities, they analyzed a dataset of Treg gene expression in breast tumors and blood compiled a few years ago by the laboratory of Ludwig MSK Director Alexander Rudensky.

They found that those and other intratumoral Tregs expressed high levels of genes involved in lipid uptake and metabolism--particularly CD36, a receptor involved in lipid import. An analysis of Tregs from human melanoma patients conducted by Ludwig Memorial Sloan Kettering (MSK) researchers Taha Merghoub and Jedd Wolchok yielded similar results.

To explore the role of CD36 in intratumoral Tregs, the researchers generated mice that lacked the CD36 gene only in their Treg cells and engrafted them with melanoma. "We found that the tumor burden was reduced in CD36-deficient mice," says Wang, "and the number and functionality of Tregs declined only within tumors, not in the other, healthy tissues of the mice."

CD36 deficiency induced in intratumoral Tregs a form of cell suicide known as apoptosis that was driven by a decline in the health and number of mitochondria--the power generators of cells. Further study revealed that CD36 fuels the activity of PPARβ, a protein essential to the genesis and function of mitochondria.

Treating mice bearing melanoma tumors with an antibody to CD36 resulted in a decline of intratumoral Tregs that was not seen in genetically identical control mice. When this antibody was combined with an immunotherapy known as PD-1 blockade, which stimulates a T cell attack on cancer cells, tumor growth slowed significantly, prolonging the survival of the mice.
"By targeting CD36 with an antibody, we don't just create trouble for intratumoral Tregs, we also create trouble for the tumor's ability to maintain an immunosuppressive microenvironment and hamper immunotherapy," says Ho.

Ho's lab is now working to translate these findings into a potential cancer therapy while exploring how CD36-targeting might be combined with other interventions to more extensively disable Tregs selectively within tumors. They are also exploring which other types of solid tumors harbor Tregs that are dependent on CD36 for survival.