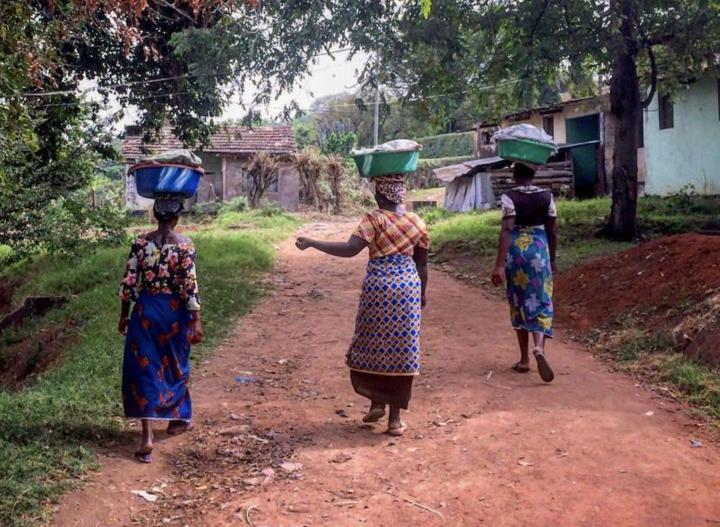 IMAGE: Women walk along a road in Tanzania, where nearly 40 percent marry before the age of 18.

Misconceptions about child marriage (marriage under 18) appear widespread among the American public, potentially hampering efforts to address the practice globally. David Lawson and colleagues at the University of California, Santa Barbara, present these findings in the open-access journal PLOS ONE on September 23, 2020.

Child marriage primarily affects girls and is most common in sub-Saharan Africa and South Asia. Initiatives enacted by the U.N. and other organizations seek to eradicate the practice. However, awareness campaigns often highlight extreme instances of child marriage that don't accurately represent most cases, potentially fostering harmful stereotypes and undermining the goals of such initiatives. The terminology 'child marriage' may also give the false impression that such marriages mainly take place at very young ages.

To help clarify popular understanding, Lawson and colleagues surveyed U.S. residents via Amazon Mechanical Turk. Of 609 participants, half incorrectly guessed that the U.N.'s cut-off age for child marriage is younger than the actual age of 18 years. Most guessed that child marriage primarily occurs at or below the age of 15. In fact, it usually occurs just below 18, leading the researchers to suggest that alternative terminology like 'adolescent marriage' is more appropriate in many contexts.

Most participants believed that child marriages are usually or always forced marriages. The researchers note that this is not always the case, such as when girls elope to marry against parental wishes. The authors argue that a failure to recognize female agency in the decision to marry, may limit the effectiveness of initiatives addressing the harms of early marriage.

Misconceptions also applied to America itself, where child marriage it is rare but only illegal in only four states. Most participants incorrectly guessed that it is banned in all 50, indicating they are unaware of the hypocrisy of efforts to change marriage laws in other nations. Most participants also overestimated the worldwide prevalence of the practice, and incorrectly guessed that it occurs primarily in regions with a Muslim majority.

The authors suggest that misconceptions about child marriage reinforce damaging stereotypes about low-income nations; exaggerating the extent to which girls and women at placed from risk from cultural traditions as opposed to other factors such as poverty. They call for a more nuanced approach to crafting narratives within the movement to end child marriage. Such efforts, they argue, could help minimize misinformation and improve cultural sensitivity.