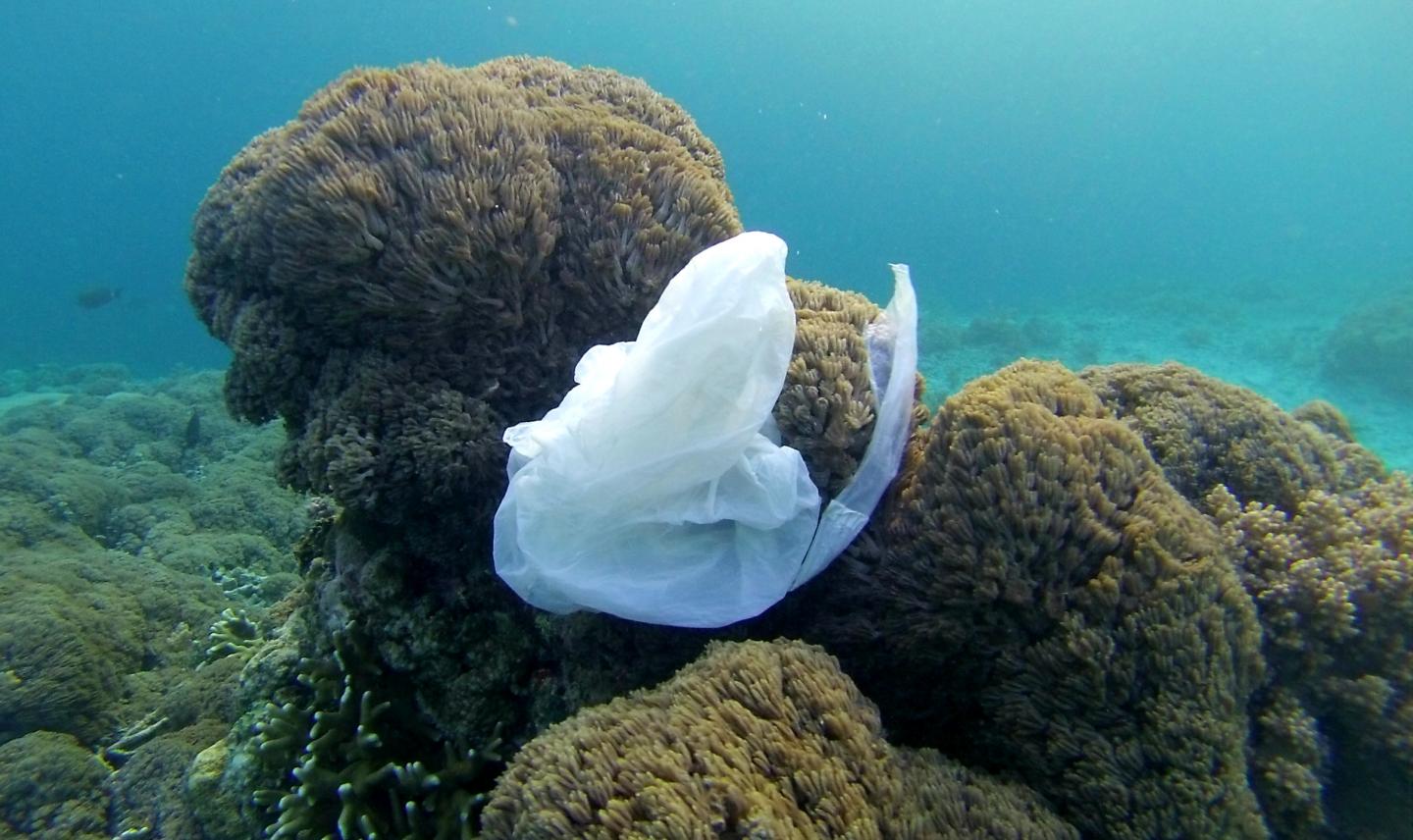 IMAGE: Plastic bag in the ocean

Researchers compared estimates of current and future plastic waste with the ability of floating clean-up devices to collect it - and found the impact of such devices was "very modest".
However, river barriers could be more effective and - though they have no impact on plastic already in the oceans - they could reduce pollution "significantly" if used in tandem with surface clean-up technology.

The study - by the University of Exeter, the Leibniz Centre for Tropical Marine Research, the Leibniz Institute for Zoo and Wildlife Research, Jacobs University and Making Oceans Plastic Free - focusses on floating plastic, as sunk waste is difficult or impossible to remove depending on size and location.

The authors estimate that the amount of plastic reaching the ocean will peak in 2029, and surface plastic will hit more than 860,000 metric tonnes - more than double the current estimated 399,000 - by 2052 (when previous research suggested the rate of plastic pollution may finally reach zero).

"The important message of this paper is that we can't keep polluting the oceans and hoping that technology will tidy up the mess," said Dr Jesse F. Abrams, of the Global Systems Institute and the Institute for Data Science and Artificial Intelligence, both at the University of Exeter.

"Even if we could collect all the plastic in the oceans - which we can't - it's really difficult to recycle, especially if plastic fragments have floated for a long time and been degraded or bio-fouled.

"The other major solutions are to bury or burn it - but burying could contaminate the ground and burning leads to extra CO2 emissions to the atmosphere."

One such scheme, called the Ocean Cleanup, aims to clean the "Pacific garbage patch" in the next 20 years using 600m floating barriers to collect plastic for recycling or incineration on land.

In this scenario, global floating plastic debris would be reduced by 44,900 metric tonnes - just over 5% of the estimated global total by the end of that period.

"The projected impact of both single and multiple clean up devices is very modest compared to the amount of plastic that is constantly entering the ocean," said Dr Sönke Hohn, of Leibniz Centre for Tropical Marine Research.

"These devices are also relatively expensive to make and maintain per unit of plastic removed."

As most plastic enters the oceans via rivers, the authors say a "complete halt" of such pollution entering the ocean using river barriers - especially in key polluting rivers - could prevent most of the pollution they otherwise predict over the next three decades.

However, due to the importance of large rivers for global shipping, such barriers are unlikely to be installed on a large scale.

Given the difficulty of recycling and the negative impacts of burying or burning plastic, the study says reducing disposal and increasing recycling rates are essential to tackle ocean pollution.
"Plastic is an extremely versatile material with a wide range of consumer and industrial applications, but we need to look for more sustainable alternatives and rethink the way we produce, consume and dispose of plastic," said Professor Agostino Merico, of Leibniz Centre for Tropical Marine Research and Jacobs University.

Dr Roger Spranz, an author of the study, is a co-founder of non-profit organisation Making Oceans Plastic Free.

"We have developed expertise in changing behaviour to break plastic habits and stop plastic pollution at its source," Dr Spranz said.

"We are registered in Germany but the focus of our activities and collaborations is in Indonesia, the second-largest source of marine plastic pollution.

"Working with local partners, the implementation of our Tasini campaign in Indonesia has to date helped to prevent an estimated 20 million plastic bags and 50,000 plastic bottles from ending up in coastal areas and the ocean."