SuperTIGER on its second prowl -- 130,000 feet above Antarctica 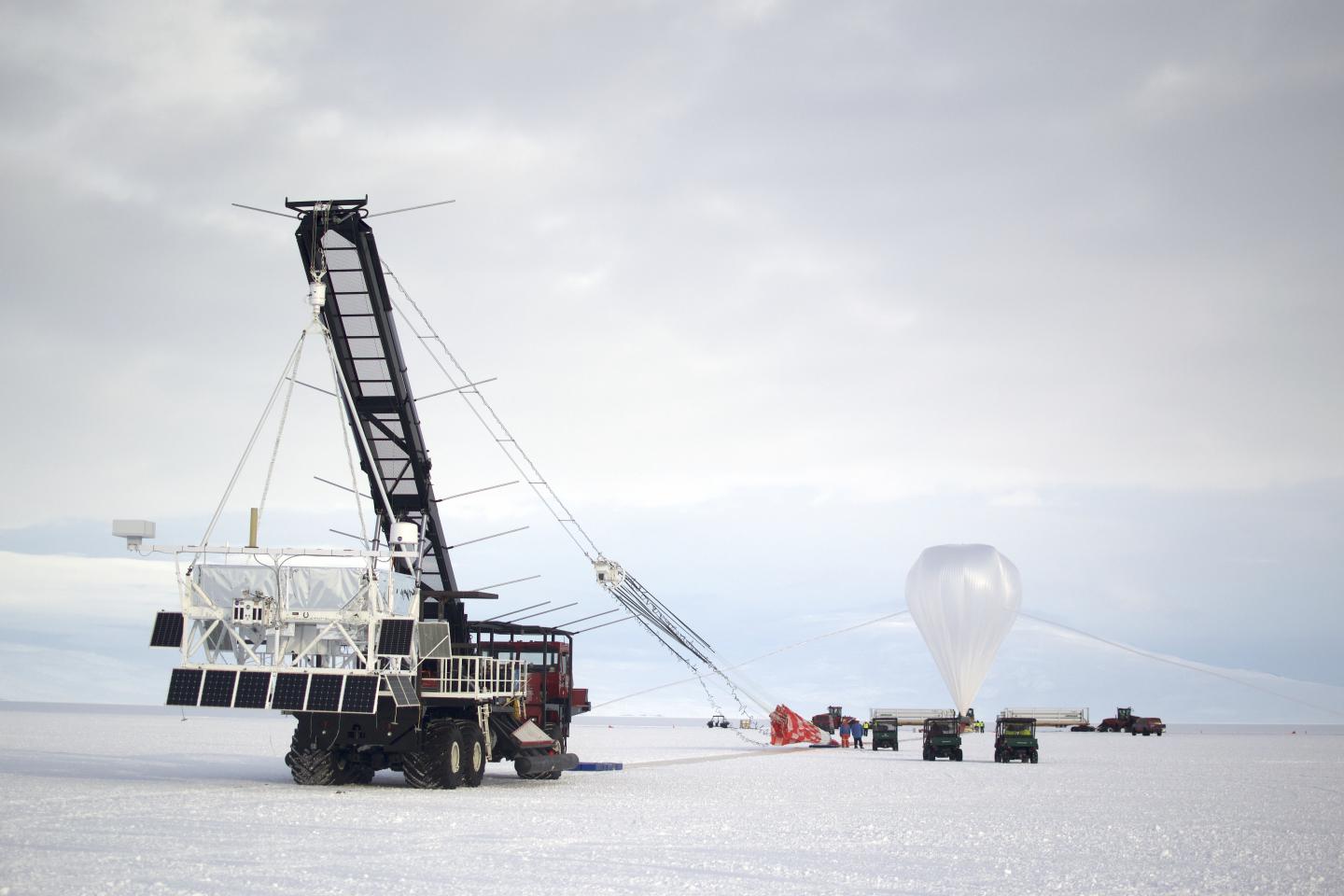 A balloon-borne scientific instrument designed to study the origin of cosmic rays is taking its second turn high above the continent of Antarctica three and a half weeks after its launch.

SuperTIGER (Super Trans-Iron Galactic Element Recorder) is designed to measure the rare, heavy elements in cosmic rays that hold clues about their origins outside of the solar system. The effort is a collaboration among Washington University in St. Louis, Goddard Space Flight Center, California Institute of Technology Jet Propulsion Laboratory and the University of Minnesota.

The longer the balloon and instrument are up, the better.

"The significance of our observation increases with the number of events we observe essentially linearly with time, so we simply want to have as long a flight as possible to maximize the statistics of the data collected," said Brian Rauch, research assistant professor of physics in Arts & Sciences at Washington University and principal investigator for SuperTIGER. "A day of data is a small increment of progress, and we just have to put our heads down and keep grinding away.

"SuperTIGER flights are marathons, not sprints."

On Dec. 31, the balloon completed its first full revolution of Antarctica.

Little more than two weeks prior, Rauch and his team were celebrating a successful launch after a succession of challenging seasons on the ice.

"After three Antarctic seasons -- with 19 launch attempts, two launches and one recovery of the payload from a crevasse field -- it is wonderful to have SuperTIGER-2 finally reach float altitude and begin collecting scientific data. The third season is the charm!" Rauch said in a Dec. 15 news release.

NASA's Balloon Program Office called it a "picture-perfect launch," although the scientists suffered some technical setbacks once the instrument was in the air. There were problems with a power supply, Rauch said, and a computer failure eliminated one of the detector modules early in the flight.

"This only further emphasizes the importance for us to fly as long as we can to make up for the loss in instrument collecting power," he said. "As it is, in this flight we may hope to collect about 40% of the statistics achieved with the first SuperTIGER flight."

The 2012-13 SuperTIGER flight broke scientific ballooning records for longevity -- staying afloat for a remarkable 55 days. The current mission will not challenge that record.

"The way the stratospheric winds are circulating this season, our flight will be terminated when the balloon comes over a suitable location at the end of our second revolution around the continent," Rauch said.

Along for the ride

The balloon that carries SuperTIGER is also transporting four, smaller experimental devices that are "piggybacked" onto its core scientific payload. The list includes two experiments by Washington University in St. Louis researchers:

A gamma-ray explorer developed by James H. Buckley, professor of physics in Arts & Sciences. Called APT-Lite, this instrument will be followed by a bigger device called APT, currently under development.
Another instrument developed Alex Meshik, research professor of physics, which captured stratospheric air during the balloon's ascent. This air will be used for high-precision analyses of noble gas isotopes.

"There are two SuperTIGERs (team members) still on the ice, both from Washington University," Rauch said.

"In order to provide continuous coverage for the duration of the flight, the day is divided into monitoring shifts," he said. "Those of us on the ice get to cover the graveyard shift for the folks in the United States.

"My routine has evolved into my getting up in the mid-afternoon, eating dinner, doing the monitoring shift in our office in Crary Lab, working in the office for another few hours or so, and then going to bed. (Graduate student in physics) Wolfgang Zober's routine is similar, but he usually arrives, eats and gets to the office earlier than me and calls it a 'day' closer to the end of our shift."

"When I'm not monitoring, I go walk on the trails, taking photos of penguins and seals," Zober said. "I also make it a habit of socializing with other science groups to learn about other research being done here."

There are few exceptions to the routine. The researchers did carve out a little time from their monitoring tasks to watch on Jan. 6 the launch of another balloon experiment, the BLAST-TNG mission led by researchers at University of Pennsylvania. That voyage ended only 15 hours into the flight, due to technical issues.

For the SuperTIGER team, there was no stopping for the holidays.

"I managed to convince Wolfgang to take a break on New Year's Eve to experience IceStock while I covered the monitoring shift alone," Rauch said.

"I did step outside just before midnight to see the New Year in."