Studying the development of ovarian cancer with organoids 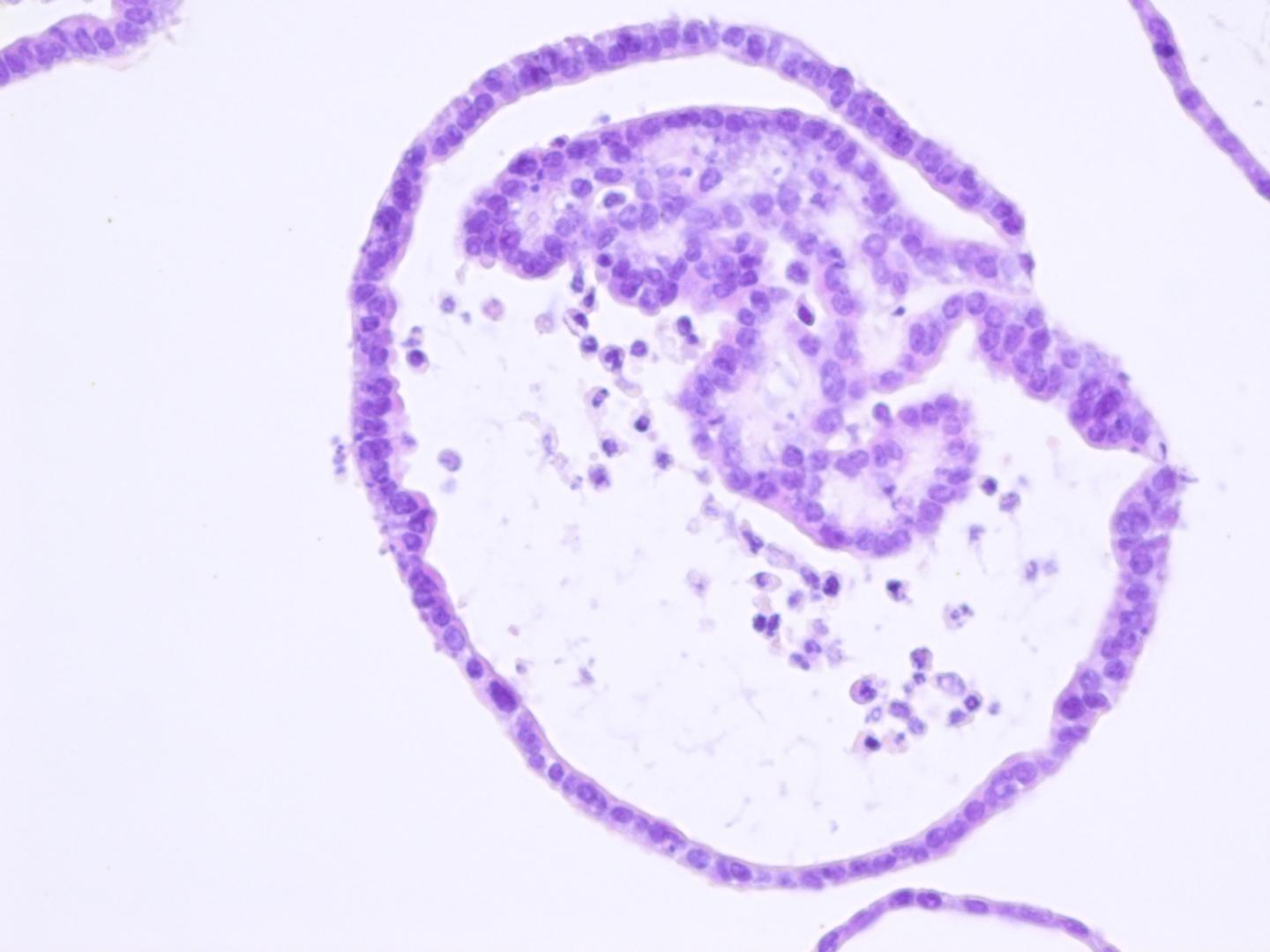 IMAGE: Organoid of the mouse oviduct, in which three genes were disabled that are often mutated in ovarian cancer.

Researchers from the group of Hans Clevers at the Hubrecht Institute have modeled the development and progression of high-grade serous ovarian cancer in mini-versions of the female reproductive organs of the mouse. They found out that the cells of the oviduct, the equivalent of fallopian tubes in humans, are more prone to develop into tumors than those of the ovarian surface epithelium, the outer layer of the ovaries. In the future, such mini-versions, or organoids, of human tissue may be used to better understand how this disease, that is often diagnosed very late, develops. The researchers published their results in the scientific journal Nature Communications on the 27th of May.

Researchers in the group of Hans Clevers at the Hubrecht Institute used mini-versions of two parts of female reproductive tract of mice to study the early development of ovarian cancer. They grew mini-versions, or organoids, of the oviducts (in humans called the fallopian tubes) that transport the egg from the ovary to the uterus, and of the ovarian surface epithelium, the outer layer of the ovaries, in the lab from small pieces of tissue from mice. In these organoids, they recreated the mutations found in ovarian cancer. Using the state-of-the-art CRISPR-Cas9 genome editing approach, they mutated the genes Trp53, Brca1, Nf1 and Pten to study how these genes contribute to the development of a tumor.

When mutations were introduced in three of the four genes, namely Trp53, Brca1 and either Nf1 or Pten, the organoids acquired characteristics of tumors, such as more densely packed cells and changes in chromosome number. In addition, when these organoids were transplanted back into mice, they developed into tumors that are similar to ovarian cancer tumors in humans.

The researchers found out that organoids from the oviduct were more likely to develop into tumors, grew faster and grew into larger tumors than the organoids from the ovarian surface epithelium. This suggests that ovarian cancer is more likely to originate in the oviduct, or the fallopian tube in humans, compared to the ovarian surface epithelium.

Patients with a mutation in one of the Brca genes are at a high risk of ovarian cancer and can receive preventive treatment. This includes radical surgery in which both ovaries as well as the fallopian tubes are removed, leading to premature menopause in these women. The results in this study support the emerging view that the fallopian tube, not the ovarian surface epithelium around the ovaries, are the main origin for ovarian cancer, which may direct future changes in (preventive) treatment. For example, the Dutch Gynecological Oncology Group recently launched a clinical trial to study whether early removal of only the fallopian tubes and later removal of the ovaries can improve the quality of life for these patients, while also reducing the risk of ovarian cancer.

Knowing more about the development and progression of ovarian cancer may help doctors to better recognize ovarian cancer in the future, enabling earlier treatment and a higher chance of survival.

*These authors contributed equally to this work

Hans Clevers is group leader at the Hubrecht Institute and the Princess Máxima Center for Pediatric Oncology, professor of Molecular Genetics at the UMC Utrecht and Utrecht University, and Oncode Investigator.

About the Hubrecht Institute