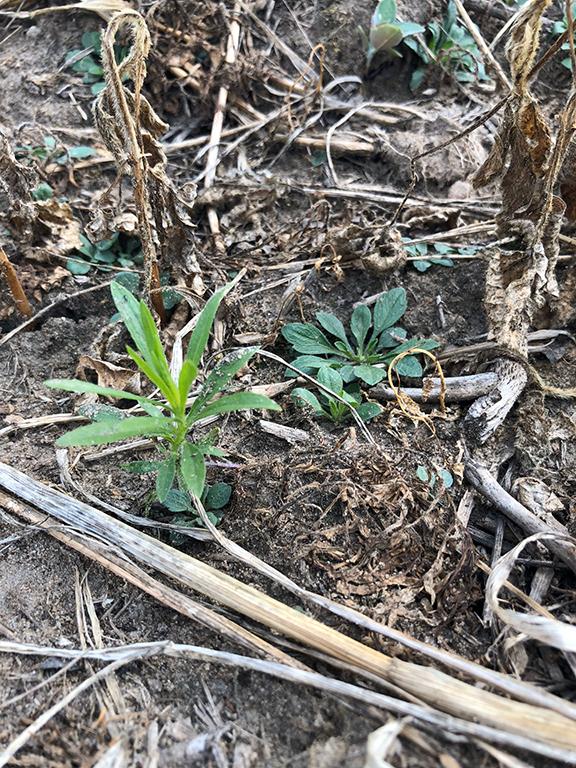 Image:
Photo by John A. Schramski

WESTMINSTER, Colorado - July 23, 2021 - Horseweed is a serious threat to both agricultural crops and natural landscapes around the globe. In the U.S., the weed is prolific and able to emerge at any time of the year.

Fall emerging horseweed overwinters as a rosette, while spring emerging horseweed skips the rosette stage and grows upright. In some instances, both rosette and upright plants emerge simultaneously in mid-summer. These unpredictable growth patterns create challenges for growers as they try to develop an appropriate weed management plan.

In a study featured in the journal Weed Science, a team from Michigan State University explored whether environmental cues could be used to predict horseweed growth type. They found that variations in temperature, photoperiod, competition, shading, and soil moisture resulted only in the rosette growth type. Upright plants emerged, though, when seeds were exposed to dry conditions, followed by a prolonged cooling.

Researchers also determined that upright horseweed plants from known glyphosate-resistant populations are three- to four-fold less sensitive to glyphosate than their rosette siblings, which makes them much harder to control.

"Our results suggest that when horseweed populations shift from winter to summer annual lifecycles, concurrent increases can be expected in glyphosate resistance," says researcher John Schramski of Michigan State University.