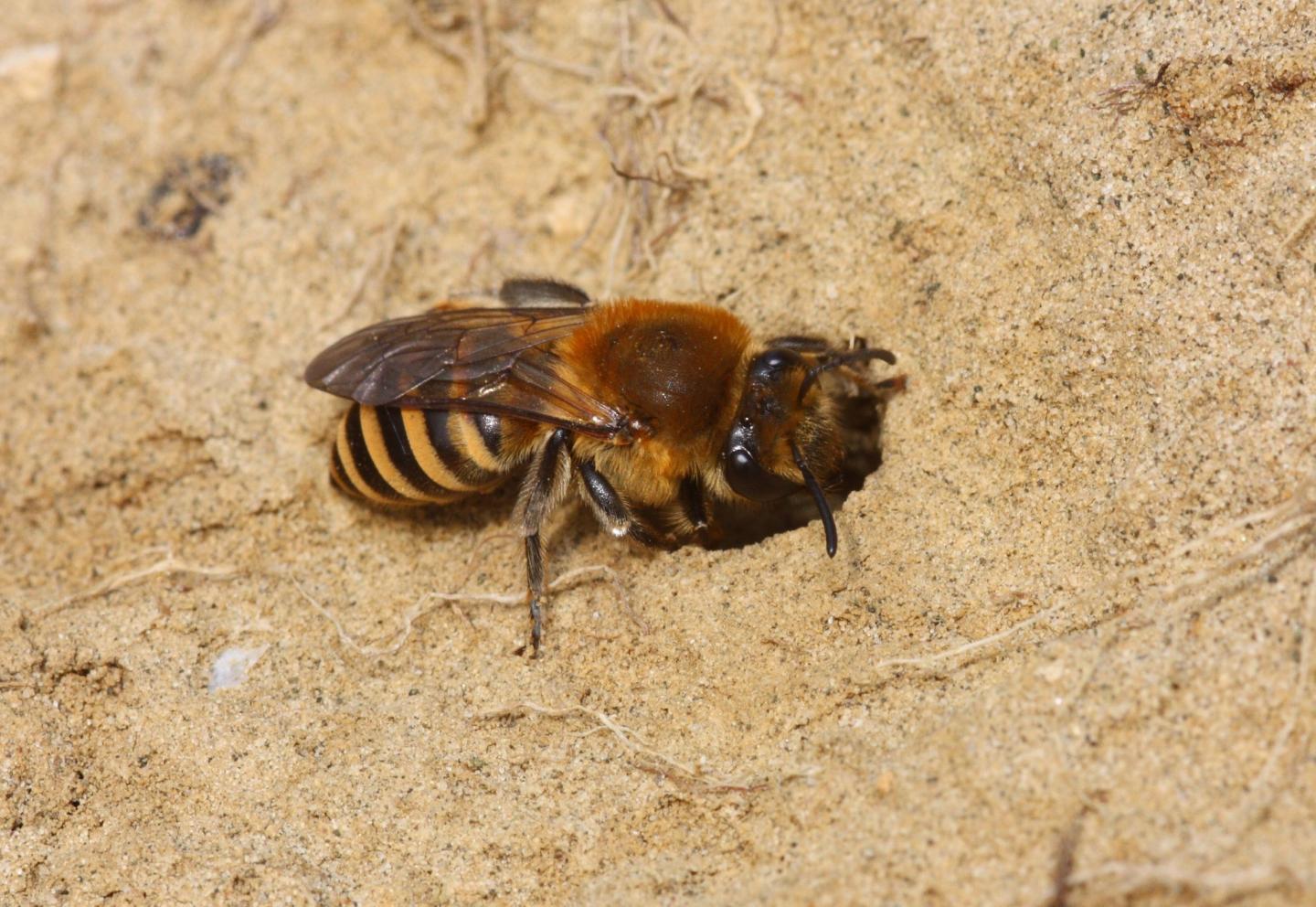 The UK's first citizen science project focusing on solitary, ground-nesting bees has revealed that they nest in a far broader range of habitats than previously thought.

There are approximately 250 species of solitary bee in the UK, but far less is known about these important pollinators compared to honeybees or bumblebees.

Although some previous studies have examined their foraging activities, there has been little research into their nesting behaviour as their nests can be difficult to find. This is why academics from Anglia Ruskin University (ARU) called on the public to help.

Dr Stephanie Maher (now based at Trinity College Dublin) and Dr Thomas Ings of Anglia Ruskin University (ARU) led the solitary bee citizen science project and the results, which could help shape how land is managed to better protect ground-nesting bees, have been published in the journal Ecosphere.

In total, almost 400 submissions were made to the site during 2017 and from the verifiable recordings it was found that the solitary bees studied were able to nest across a broad range of habits, although distinct preferences were found between species.

The recordings found that 82% of tawny mining bee nests were on flat ground and 68% were in at least partial shade. Meanwhile 74% of ivy bee nests were fully exposed to sunlight, and they were equally at home on flat or sloped ground.

Senior author of the study Dr Thomas Ings, Senior Lecturer in Zoology at Anglia Ruskin University (ARU), said: "By enlisting the general public we have been able to increase awareness of solitary bees and at the same time collect valuable information on nest site characteristics.

"We have found that the species in our study have the capacity to tolerate a range of environmental conditions, although each species was more frequently associated with a particular set of site characteristics. For example, the tawny mining bee was associated with flat ground in shady sites, while the ivy bee was most commonly found nesting in unshaded sites.

"This information on nesting behaviour is highly valuable because it puts us in a better position to provide advice to land owners on how to manage their land sympathetically in order to protect these important, ground-nesting solitary bees.

"Understanding solitary bee nesting requirements and how to sympathetically manage land for them is especially important in light of the severe declines solitary bees and other pollinating insects have suffered in the UK over recent decades.

"While there is a lot of excellent work being done on increasing the availability of floral resources for solitary bees, we also need to ensure that suitable nesting resources are available in both urban and rural landscapes."