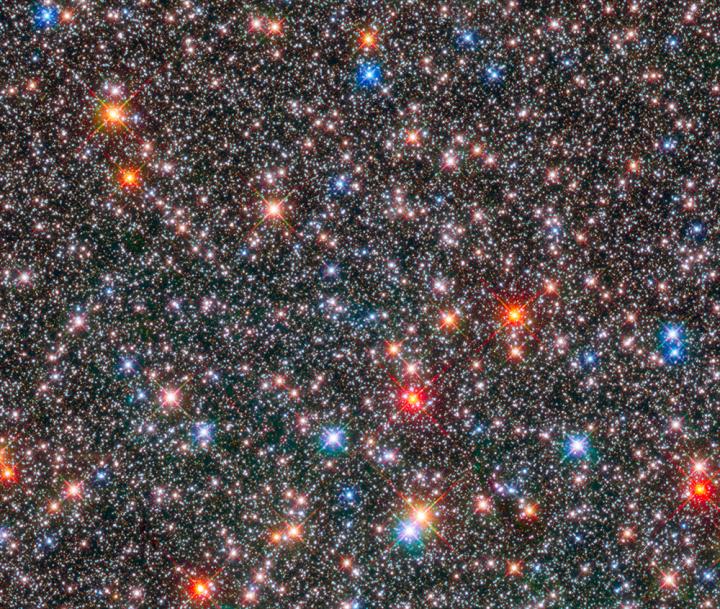 IMAGE: This Hubble Space Telescope image shows stars at various stages of their lives, from young blue-hot stars to cooler red giants. Our study focused on the lithium content of red...

Lithium is becoming common in our everyday lives. It is the key ingredient in the batteries of our mobile phones and electric vehicles, but have you ever wondered where it comes from?

A new study led by Prof. ZHAO Gang and Dr. Yerra Bharat Kumar from National Astronomical Observatories of Chinese Academy of Sciences (NAOC) provides a fresh understanding of both how lithium is made, and how it is destroyed.

The study was published in Nature Astronomy on July 6.

Researchers studied the lithium content of hundreds of thousands of Sun-like stars to understand how this element changes over time in stars.

"Lithium is quite a special element," said Dr. Yerra Bharat Kumar, first author of the study. "Our study challenges the idea that stars like the Sun only destroy lithium through their lives."

"Our observations show that they actually create it later in their lives, after they have swelled to become red giants. This means that the Sun itself will also manufacture lithium in the future," he said.

Lithium is one of the three elements produced in the Big Bang. It gets destroyed very easily inside stars where it is too hot for it to survive, so lithium content generally decreases as the stars age.

Since lithium is such a sensitive element, it is very useful for understanding stars. It acts as a tracer for what is happening inside stars.

To better understand this sensitive element, researchers used data from a huge Chinese stellar spectroscopic survey based on The Large Sky Area Multi-Object Fiber Spectroscopic Telescope (LAMOST). The survey is currently building a database of the spectra of ten million stars.

"By looking at starlight, we can determine what the stars are made of," said Dr. Yerra Bharat Kumar. "Models show that our current theories about how stars evolve do not predict this lithium production at all. Thus, the study has created a tension between observations and theory."

"Our findings will help us to better understand and model Sun-like stars," said Prof. ZHAO Gang, the co-corresponding author of this study.

"Since the newly created lithium will end up being blown off the star in stellar winds, it will also help us understand how these stars contribute to the lithium content of our Galaxy, and to planets like Earth," said Prof. ZHAO.