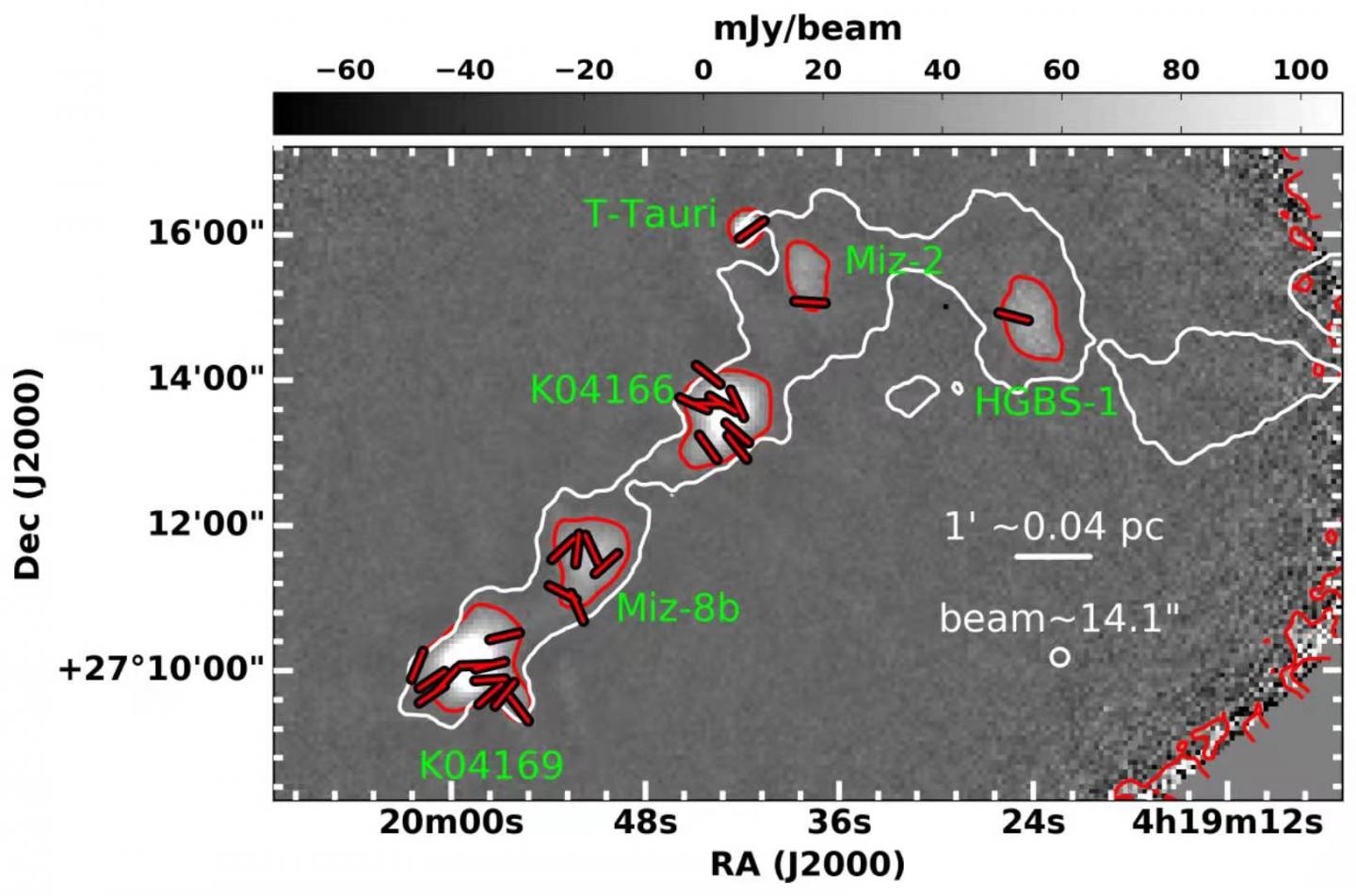 A new study led by Dr. Eswaraiah Chakali from Prof. LI Di's research group at the National Astronomical Observatories of the Chinese Academy of Sciences (NAOC) has partially answered these questions. The study reveals the diverse magnetic field morphologies in Solar-type star forming cores in the Taurus B213 region.

This study was published in The Astrophysical Journal Letters on May 10.

The observations were conducted as a part of a large international program called B-fields In STar-forming Region Observations (BISTRO).

"Although formed out of the same filamentary cloud, Taurus/B213, among the three dense cores having more polarization measurements, only one remembers the relatively uniform large-scale magnetic field threading the parental cloud," said Dr. Eswaraiah Chakali, lead author of the study.

Further analysis of the gas velocity gradient revealed that the kinematics due to gas accretion flows onto the parental filament could have altered the magnetic field configuration.

"Even in the presence of substantial magnetic flux, local physical conditions can significantly affect magnetic field morphology and their role in star formation," said Prof. LI Di, co-corresponding author of the study.

"Our current observations represent one of the deepest sub-millimeter polarimetry images ever taken using a single dish telescope toward a Galactic region," said Prof. QIU Keping of Nanjing University, co-PI of the BISTRO project and a coauthor of the study.

Prof. LI Di also highlighted "more comprehensive analyses, in combination with Planck data and stellar polarimetry, may give more insights into the evolution of magnetic fields in this stereotypical low-mass star-forming region."