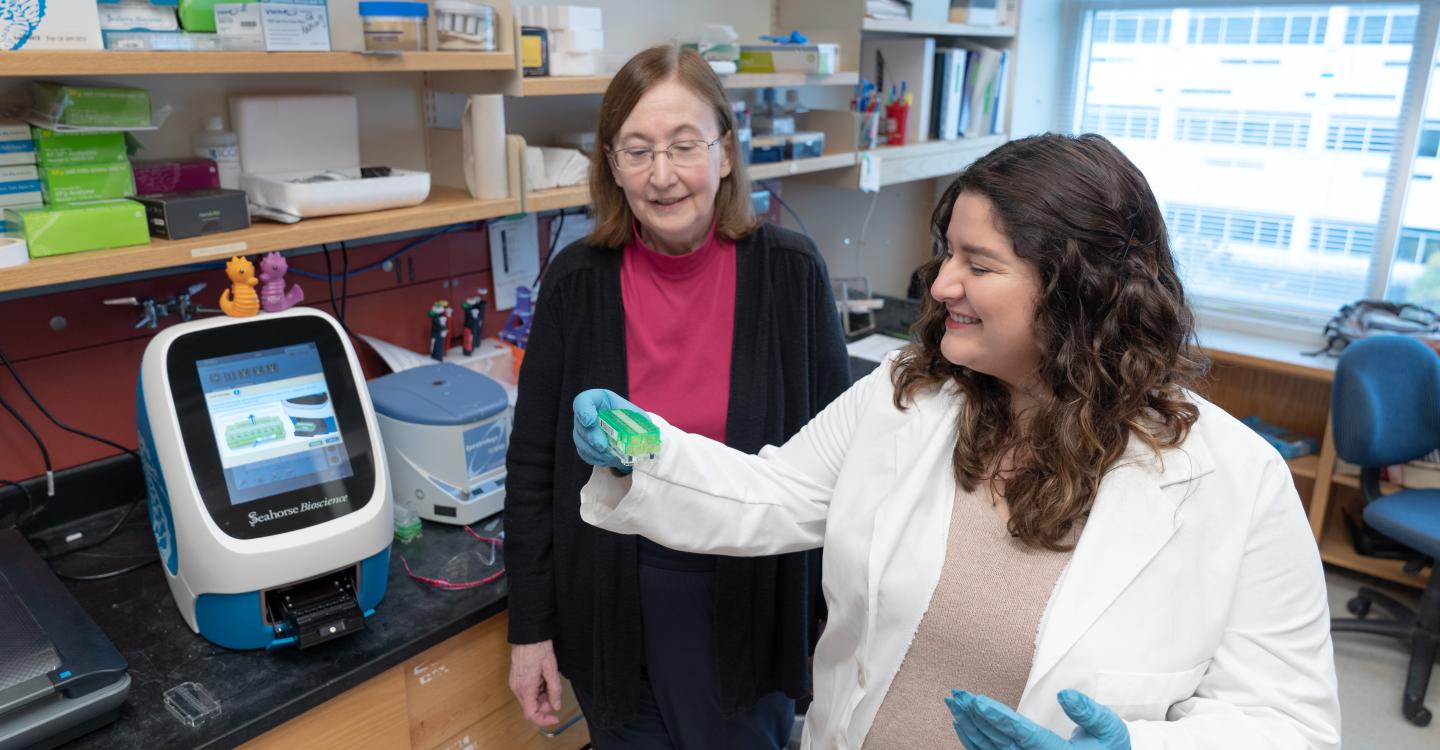 New findings published in the Journal of Clinical Investigation suggest that specific immune T cells from people with myalgic encephalomyelitis/chronic fatigue syndrome (ME/CFS) show disruptions in the way they produce energy. The research was supported by the National Institutes of Health.

"This research gives us additional evidence for the role of the immune system in ME/CFS and may provide important clues to help us understand the mechanisms underlying this devastating disease," said Vicky Whittemore, Ph.D., program director at NIH's National Institute of Neurological Disorders and Stroke (NINDS), which partially funded the study.

ME/CFS is a severe, chronic, and debilitating disease that can cause a range of symptoms including pain, severe exhaustion, cognitive impairment, and post-exertional malaise, the worsening of symptoms after physical or mental activity. Estimates suggest that between 836,000 and 2.5 million people in the United States may be affected by ME/CFS. It is unknown what causes the disease and there are no treatments.

Research by Alexandra Mandarano and collaborators in the laboratory of Maureen Hanson, Ph.D., professor of molecular biology and genetics at Cornell University in Ithaca, New York, examined biochemical reactions involved in energy production, or metabolism, in two specific types of immune cells obtained from 45 healthy controls and 53 people with ME/CFS. Investigators focused on CD4 T cells, which alert other immune cells about invading pathogens, and CD8 T cells, which attack infected cells. Dr. Hanson's team used state-of-the-art methods to look at energy production by the mitochondria within T cells, when the cells were in a resting state and after they had been activated. Mitochondria are biological powerhouses and create most of the energy that drives cells.

Dr. Hanson and her colleagues did not see significant differences in mitochondrial respiration, the cell's primary energy-producing method, between healthy and ME/CFS cells at rest or after activation. However, results suggest that glycolysis, a less efficient method of energy production, may be disrupted in ME/CFS. Compared to healthy cells, CD4 and CD8 cells from people with ME/CFS had decreased levels of glycolysis at rest. In addition, ME/CFS CD8 cells had lower levels of glycolysis after activation.

"Our work demonstrates the importance of looking at particular types of immune cells that have different jobs to do, rather than looking at them all mixed together, which can hide problems specific to particular cells," said Dr. Hanson. "Additional studies focusing on specific cell types will be important to unravel what's gone wrong with immune defenses in ME/CFS."

Dr. Hanson's team examined associations between cytokines, chemical messengers that send instructions from one cell to another, and T cell metabolism. The findings revealed different, and often opposite, patterns between healthy and ME/CFS cells, suggesting changes in the immune system. In addition, the presence of cytokines that cause inflammation unexpectedly correlated with decreased metabolism in T cells.

This study was supported in part by the NIH's ME/CFS Collaborative Research Network, a consortium supported by multiple institutes and centers at NIH, consisting of three collaborative research centers and a data management coordinating center. The research network was established in 2017 to help advance research on ME/CFS.

"In addition to providing valuable insights into the immunology of ME/CFS, we hope that the results coming out of the collaborative research network will inspire more researchers, particularly those in the early stages of their careers, to work on this disease," said Joseph Breen, Ph.D., section chief, Immunoregulation Section, Basic Immunology Branch, National Institute of Allergy and Infectious Diseases (NIAID), which partially funded the study.

Future research studies will examine metabolism in other subsets of immune cells. In addition, researchers will investigate ways in which changes in metabolism affect the activity of T cells.