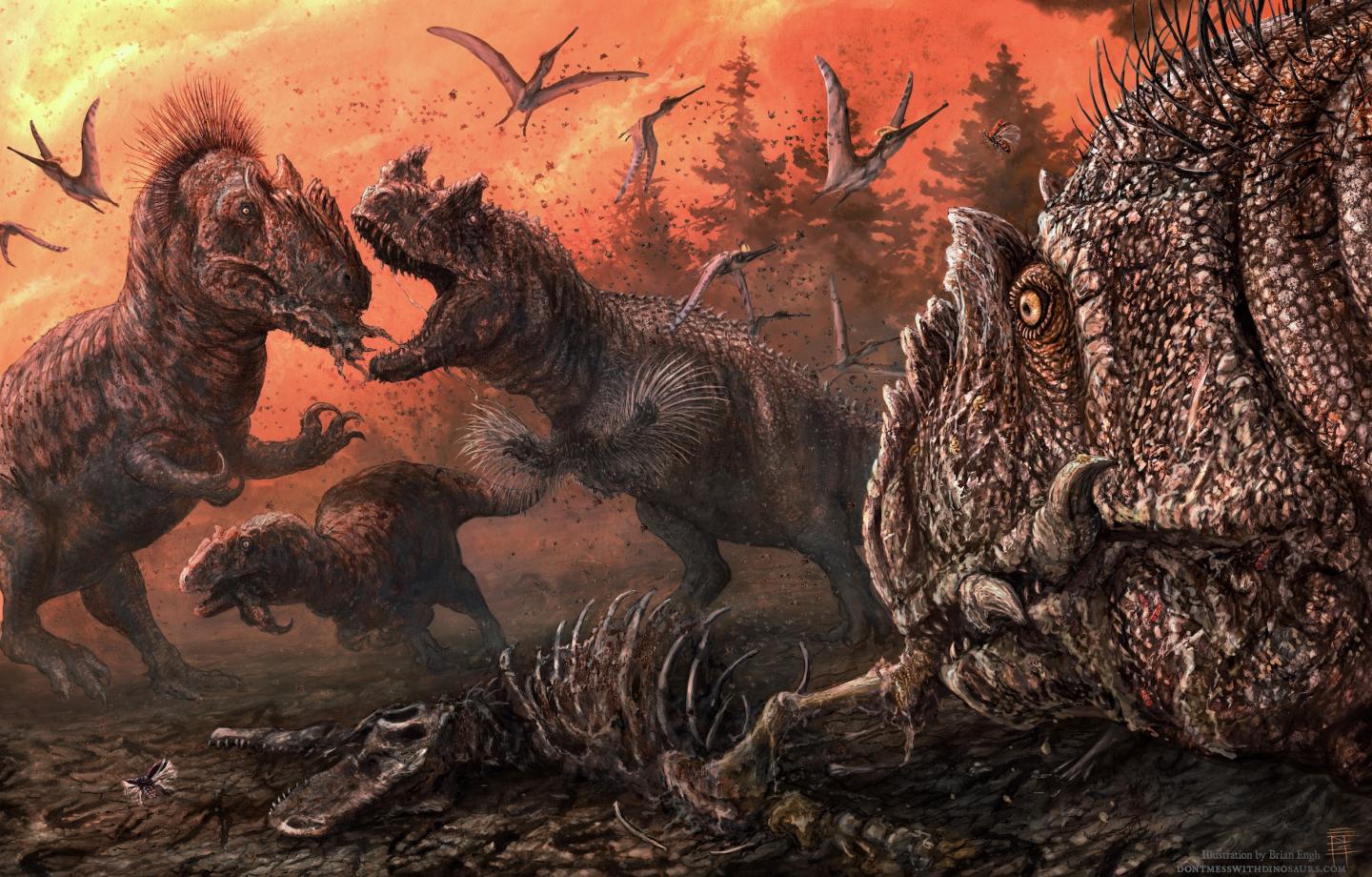 Among dinosaurs of ancient Colorado, scavenging and possibly cannibalism were responses to a resource-scarce environment, according to a study published May 27, 2020 in the open-access journal PLOS ONE by Stephanie Drumheller of the University of Tennessee, Knoxville, and colleagues.

Tooth marks on fossil bones can be excellent evidence of ancient feeding habits, but such marks left by carnivorous dinosaurs (theropods) are typically very rare. The Mygatt-Moore Quarry of Colorado, dating back to the late Jurassic Period around 150 million years ago, is an exception. In this study, Drumheller and colleagues found that nearly 29% of 2,368 examined bones from the quarry bore the bites of theropod dinosaurs.

Examining the damage left by the serrated edges of the dinosaurs' teeth, the authors infer that the bulk of these bites were most likely made by the large predator Allosaurus, the most common theropod found in the quarry. While most of the bites were found on the bones of herbivorous dinosaurs, about 17% were bites that theropods had made on the bones of other theropods--and around half of these bites targeted less nutritious body parts, suggesting the action of scavengers who arrived after the best bits had decomposed or been eaten by earlier carnivores.

The authors suggest this unusual assemblage is the result of an ancient environment where carcasses were buried slowly, providing ample time for scavengers to find them. The high incidence of scavenging may be the result of a stressed ecosystem whose large predators suffered a scarcity of food. Additionally, since many of the presumed Allosaurus bite marks were found on the bones of other Allosaurus, these might represent rare evidence of dinosaur cannibalism, and the first such evidence for the behavior in this famous Jurassic predator.

Dr. Drumheller adds: "Big theropods like Allosaurus probably weren't particularly picky eaters, especially if their environments were already strapped for resources. Scavenging and even cannibalism were definitely on the table."