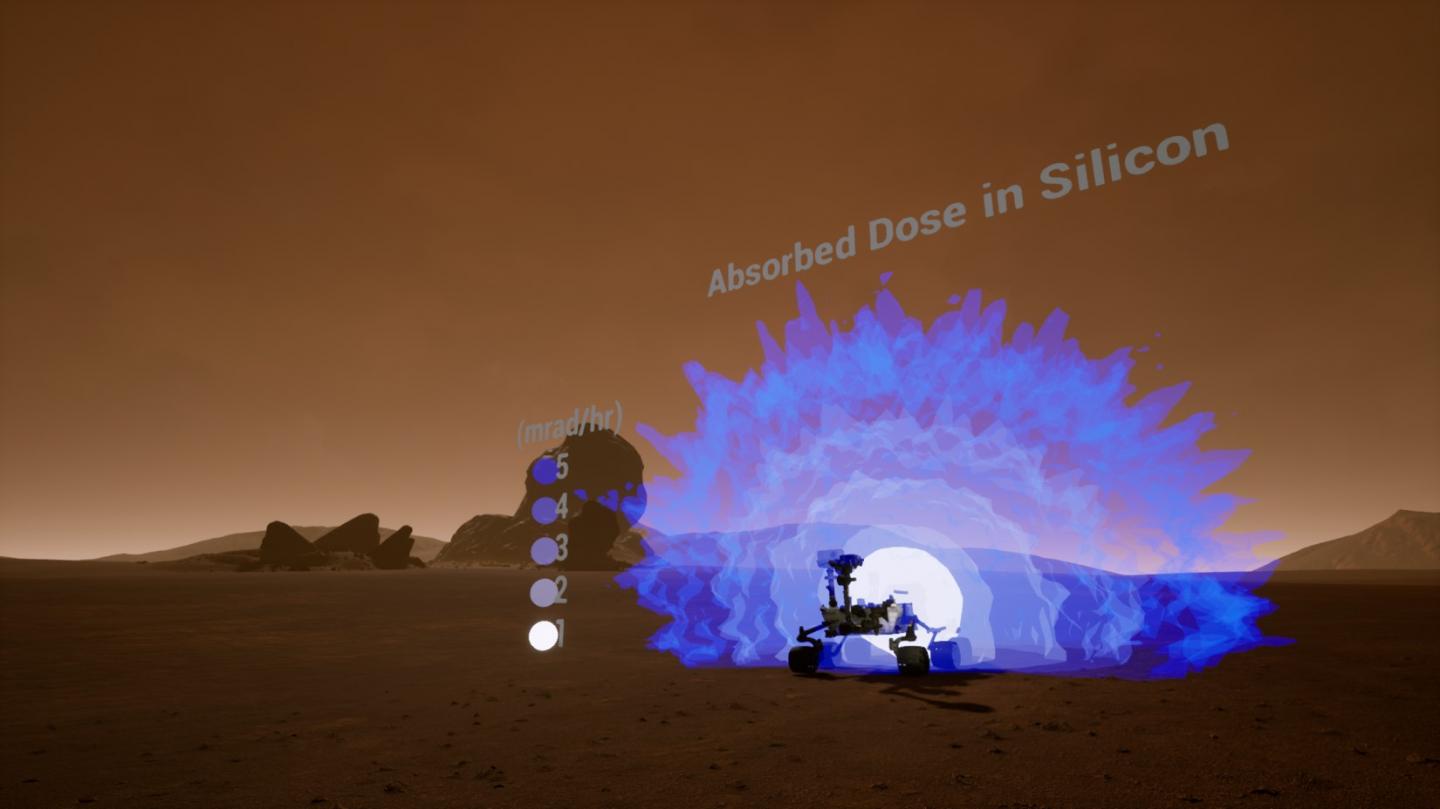 IMAGE: The image shows a visualization of a radiation transport simulation for a spaceflight radioisotope power system and complex interactions of radiation fields with operational environments.

Transportation - Taking to the skies

Air taxis, small aerial vehicles that provide point-to-point, on-demand travel, have proven to save time, but their impact on fuel use remains largely unquantified.

An ORNL study focused on the energy used by air taxis between downtown Los Angeles and Los Angeles International Airport, a route in which congestion is severe during peak hours.

"Our modeling, which can be applied to any congested route, showed that diverting 3-20% of traffic on this route could reduce the traffic and vehicle fuel use from 15-74%," ORNL's Zhenhong Lin said. "The key insight is that if only a small share of travelers in congested areas switched to air taxis, you would create a win-win-win outcome for commuters, the economy and the environment."

Oak Ridge National Laboratory and collaborators have discovered that signaling molecules known to trigger symbiosis between plants and soil bacteria are also used by almost all fungi as chemical signals to communicate with each other.

As researchers study how these signals regulate fungal growth, this understanding could inform development of hardier crops and treatments for fungal diseases in plants and humans.

The molecules are called LCOs, short for lipo-chitooligosaccharides, and are used by bacteria to form nodules on plant roots where bacteria convert atmospheric nitrogen into a form that fuels plant growth. The study demonstrated that diverse species across the fungal kingdom also produced LCOs, which play roles in shaping fungal communities.

"Preliminary findings indicate that LCOs benefit fungi associated with plants but not those that do not interact with plants," ORNL's Jessy Labbe said. "This inspires questions about how we might use these mechanisms to our benefit."

Caption: Fungi use signaling molecules called LCOs to communicate with each other and to regulate growth. Credit: Jessy Labbe/ORNL, U.S. Dept. of Energy

Visualization of radiation data is difficult because it is multidimensional and affected by interactions with physical materials such as a nuclear-powered spacecraft. This visualization process makes it possible to illustrate nuanced results and highlight specific features of radiation fields. These techniques can be used to inform the design phase of any nuclear project or to communicate radiation results.

An overview of these visualization techniques was presented by ORNL's Mike Smith and Scott Greenwood at the American Nuclear Society Virtual Winter Meeting in November.

Caption: The image shows a visualization of a radiation transport simulation for a spaceflight radioisotope power system and complex interactions of radiation fields with operational environments. Credit: Michael B. R. Smith and M. Scott Greenwood/ORNL, U.S. Dept. of Energy

Diverse evidence shows that plants and soil will likely capture and hold more carbon in response to increasing levels of carbon dioxide in the atmosphere, according to an analysis published by an international research team led by Oak Ridge National Laboratory.

But that change in land-based carbon storage, called the terrestrial sink, is likely to slow in the future, allowing more carbon dioxide to build in the atmosphere and accelerating the pace of environmental change.

More than 60 scientists integrated evidence from experiments, remote sensing, forest inventories and other sources to improve understanding of the interrelated processes that influence carbon storage. Building this scientific consensus began with a workshop in 2018.

"Bringing together experts with this breadth of experience was critical in tackling these complex questions," said ORNL's Anthony Walker, who led the workshop. "Tying the many lines of evidence together using a systems approach and a standard metric for CO2 response provided great insights into what we know and where additional data are needed."

Caption: Scientists assessed the many interrelated processes that determine how plants respond to increases in atmospheric carbon dioxide and how that might change in the future. Credit: Dobie Gillispie/ORNL, U.S. Dept. of Energy