Solving the longstanding mystery of how friction leads to static electricity 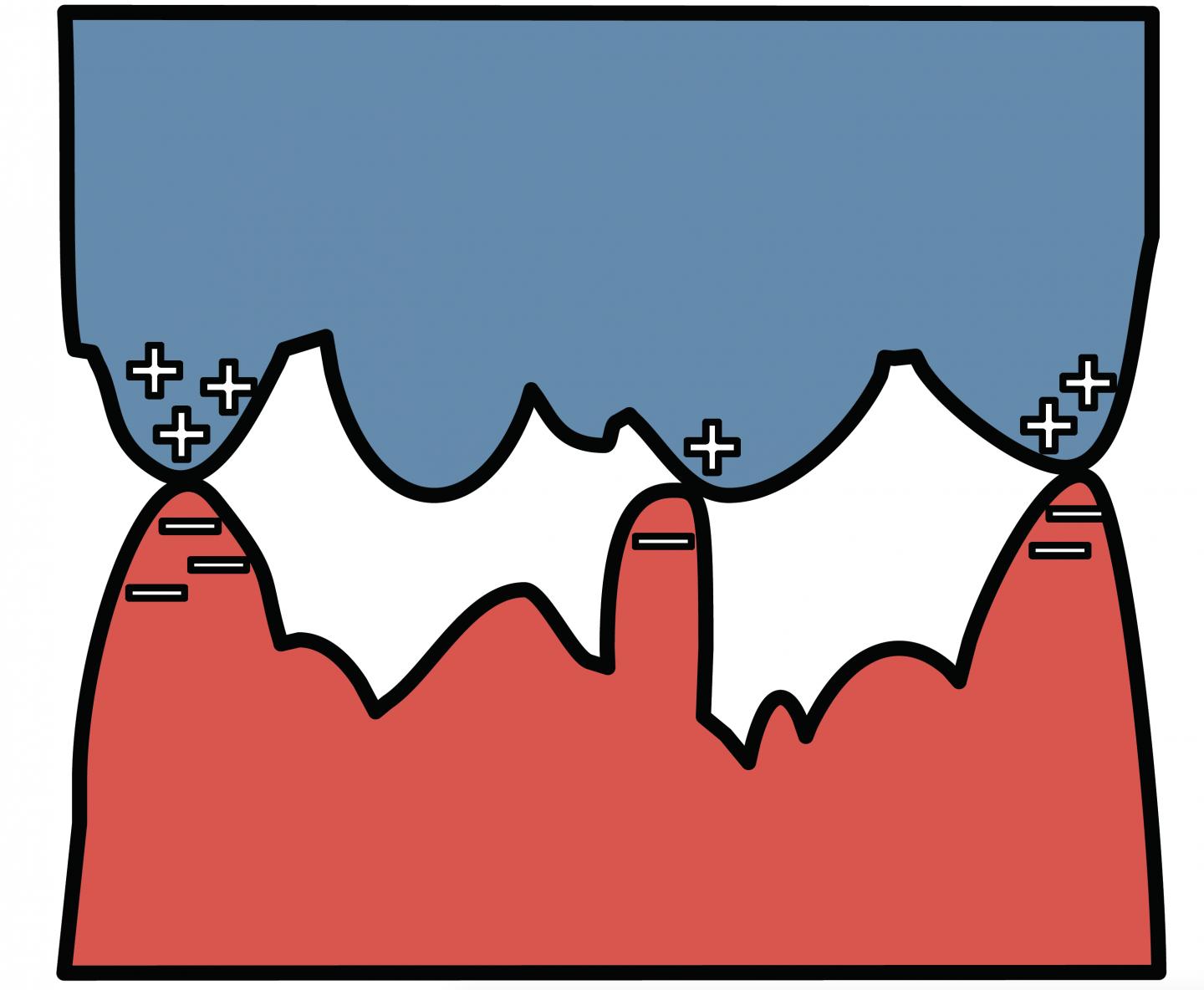 IMAGE: Schematic shows a 1,000,000x magnification of how charges attract one another in static electricity.

EVANSTON, Ill. -- Most people have experienced the hair-raising effect of rubbing a balloon on their head or the subtle spark caused by dragging socked feet across the carpet. Although these experiences are common, a detailed understanding of how they occur has eluded scientists for more than 2,500 years.

Now a Northwestern University team developed a new model that shows that rubbing two objects together produces static electricity, or triboelectricity, by bending the tiny protrusions on the surface of materials.

This new understanding could have important implications for existing electrostatic applications, such as energy harvesting and printing, as well as for avoiding potential dangers, such as fires started by sparks from static electricity.

The research will be published on Thursday, Sept. 12 in the journal Physical Review Letters. Laurence Marks, professor of materials science and engineering in Northwestern's McCormick School of Engineering, led the study. Christopher Mizzi and Alex Lin, doctoral students in Marks's laboratory, were co-first authors of the paper.

"Since then, it has become clear that rubbing induces static charging in all insulators -- not just fur," Marks said. "However, this is more or less where the scientific consensus ended."

At the nanoscale, all materials have rough surfaces with countless tiny protrusions. When two materials come into contact and rub against one another, these protrusions bend and deform.

Marks's team found that these deformations give rise to voltages that ultimately cause static charging. This phenomenon is called the "flexoelectric effect," which occurs when the separation of charge in an insulator arises from deformations such as bending.

Using a simple model, the Northwestern team showed that voltages arising from the bending protrusions during rubbing are, indeed, large enough to cause static electricity. This work explains a number of experimental observations, such as why charges are produced even when two pieces of the same material are rubbed together and predicts experimentally measured charges with remarkable accuracy.

"Our finding suggests that triboelectricity, flexoelectricity and friction are inextricably linked," Marks said. "This provides much insight into tailoring triboelectric performance for current applications and expanding functionality to new technologies."

"This is a great example of how fundamental research can explain everyday phenomena which hadn't been understood previously, and of how research in one area -- in this case friction and wear -- can lead to unexpected advances in another area," said Andrew Wells, a program director at the National Science Foundation (NSF), which funded the research. "NSF funds research like this in materials science and engineering for new knowledge that can one day open new opportunities."