Smoking risk in children has fallen since tobacco display ban 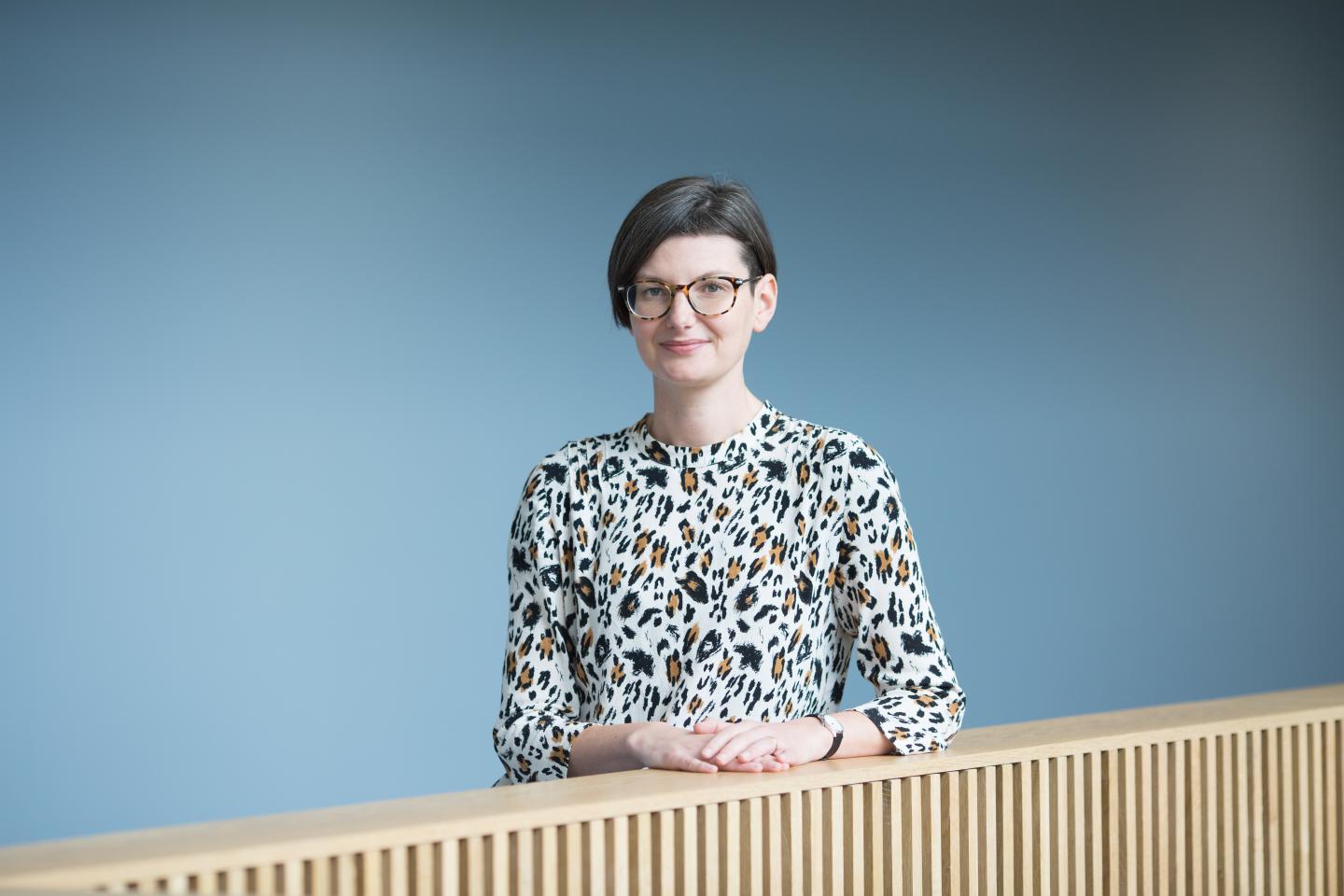 IMAGE: This is Dr. Allison Ford

The risk of 11 to 16-year-olds taking up smoking has reduced following the introduction of a ban on the open display of tobacco products in the UK, according to a new University of Stirling study.

The research also found that, for that age group, the implementation of the policy was followed by reduced cigarette brand awareness; it made cigarettes seem unappealing; and made smoking seem unacceptable.

Lead author Dr Allison Ford, from Stirling's Institute for Social Marketing, said: "This is the first study to show the impacts of a tobacco point-of-sale display ban on young people across the UK before, during and after implementation.

"Our work confirms that placing tobacco out of sight helps safeguard young people. Our findings help to justify this policy approach in the UK and elsewhere."

Previous research has shown that point-of-sale displays are used by tobacco companies to attract and communicate with consumers. Covering up displays is a measure designed to denormalise tobacco and counter these effects.

In the UK, a ban on the open display of tobacco products at the point-of-sale was phased in between 2012 and 2015. In 2012, large stores and supermarkets in England, Wales and Northern Ireland had to put tobacco products out of sight, before Scotland followed suit in 2013. Across the UK, smaller stores had until 2015 to adapt their displays to cover tobacco products.

Dr Ford's team examined the impact of the policy on 11 to 16-year-olds who had never smoked. The Youth Tobacco Policy Survey canvassed the views of 3,791 young people - including 2,953 who had never smoked - across the UK at three time points: in 2011, prior to the implementation of the ban; in 2014, when the ban had been partially implemented; and in 2016, following full implementation.

At each stage, participants were asked whether they noticed cigarettes displayed at point-of-sale; about their awareness of cigarette brands; and about their smoking susceptibility - established by the absence of a firm decision not to smoke. Each person was also asked about their support for the display ban, and whether it made cigarettes seem unappealing and smoking unacceptable.

Dr Ford said: "Prior to the display ban, we found that young never smokers who noticed cigarettes displayed at point-of-sale, and those who were aware of more cigarette brands, were more likely to indicate being susceptible to smoking.

"Both partial and full implementation of the display ban were followed by statistically significant reductions in youth smoking susceptibility and noticing cigarettes at point-of-sale."

"We also found that young never smokers' support for a display ban was very high," Dr Ford continued. "For example, post-ban, 90 percent of never smokers aged 11 to 16 years supported the display ban, while 77 percent indicated that it made cigarettes seem unappealing, and 87 percent that it made smoking seem unacceptable."

Kruti Shrotri, Cancer Research UK's tobacco control manager, said: "Glitzy displays and glamorous packaging helped the tobacco industry to lure the next generation of smokers into taking up a deadly addiction. But contrary to Big Tobacco's belief that banning displays would make no difference this study shows that by putting cigarettes out of sight and out of mind far fewer youngsters are taking up the deathly habit."