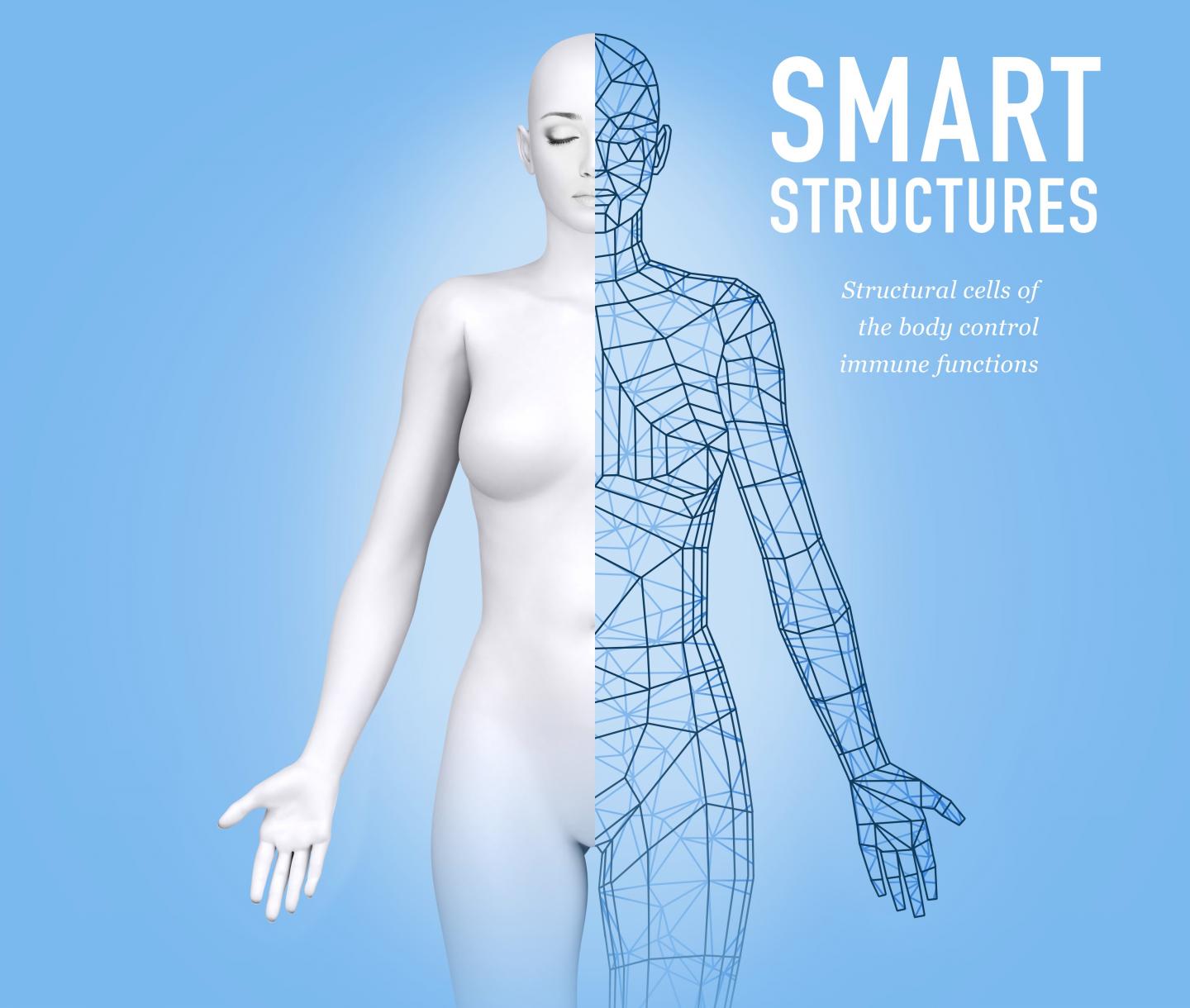 The immune system protects our body from constant attack by viruses, bacteria, and other pathogens. Much of this protection is provided by hematopoietic immune cells, which are derived from the bone marrow and specialize in fighting pathogens. They include macrophages, which remove pathogens; T cells, which kill infected virus-producing cells; and B cells producing antibodies that neutralize pathogens. However, immune functions are not restricted to these "specialists", and many more cell types are able to sense when they are infected and contribute to the immune response against pathogens.

Structural cells provide essential building blocks of the body and play an important role in shaping the structure of tissue and organs. Most notably, epithelial cells constitute the surface of the skin, while also separating tissues and organs from each other; endothelial cells coat the inside of all blood vessels; and fibroblast provide the connective tissue that keeps tissues and organs in shape. Structural cells are often regarded as simple and rather uninteresting components of the body, despite their well-established roles in autoimmune diseases (such as rheumatoid arthritis and inflammatory bowel disease) and in cancer. In their new study, Thomas Krausgruber, Nikolaus Fortelny and colleagues in Christoph Bock's laboratory at CeMM focused on elucidating the role of structural cells in immune regulation by pursuing a systematic, genome-wide analysis of epigenetic and transcriptional regulation of structural cells in the body.

Interestingly, many immune genes showed epigenetic signatures that are normally associated with high gene expression, while the observed expression in structural cells obtained from healthy mice was lower than expected based on their epigenetic signatures. CeMM researchers therefore hypothesized that these genes are epigenetically pre-programmed for rapid upregulation when their activity is needed - for example in response to a pathogen. To test this hypothesis, they joined forces with Andreas Bergthaler's laboratory at CeMM, capitalizing on their expertise in viral immunology and infection biology.

When the mice were infected with a virus (LCMV) that triggers a broad immune response, many of those genes that were epigenetically poised for activation became upregulated and contributed to the transcriptional changes that structural cells showed in response to viral infection. These results suggest that structural cells implement an "epigenetic potential" that pre-programs them to engage in rapid immune responses. As an additional validation, the researchers triggered an artificial immune response by injecting cytokines into mice, and they indeed found that many of the same genes were upregulated.

The new study has uncovered a striking complexity of immune gene regulation in structural cells. These results highlight that structural cells are not only essential building blocks of the body, but also contribute extensively to its defense against pathogens. Moreover, the presented data constitute an important first step toward understanding what "structural immunity" might mean for the immune system, and it may help develop innovative therapies for some of the many diseases that involve the immune system.