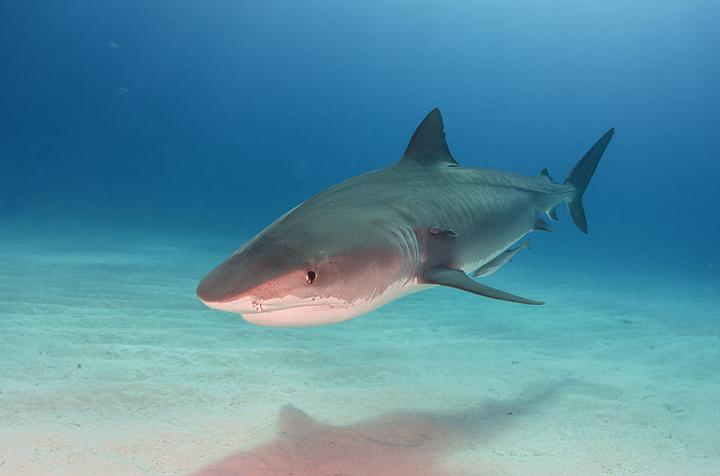 MEADVILLE, PA - July 22, 2021 - Shark Week is many things. First and foremost, it's a week of shark-themed documentary programming on the Discovery Channel. Now in its 33rd year, it's the longest-running cable event in history. It's the biggest audience that marine biologists and ocean conservationists get, attracting millions of viewers who might otherwise not ever think about sharks at all. It's a stage that has launched careers of shark scientists and inspired many others to pursue jobs as ocean scientists.

However, a new analysis shows that Shark Week is also deeply flawed in ways that undermine its goals, potentially harming both sharks and shark scientists. To document just how pervasive these issues are, a team of researchers performed a content and discourse analysis of more than 200 Shark Week episodes.

"The public's perception of sharks, shark science, and shark scientists is heavily influenced by Shark Week. Unfortunately, we found that Shark Week programming focuses on negative portrayals of sharks and does not often accurately portray shark research nor the diversity of expertise in the field. While critics have been saying this for some time, we now have the numbers to back it up," said lead author Dr. Lisa Whitenack, associate professor of biology and geology at Allegheny College.

Key findings of the analysis include:

Though many shows ostensibly focused on scientific research, they often relied on non-scientist hosts using atypical methods to answer a question long answered by the scientific community. Many of these methods border on wildlife harassment, and some are far over that line. Certain repeat hosts regularly said things that were demonstrably false about the biology, behavior, or conservation of sharks.

Despite many shows taking place in South Africa, the Bahamas, or Mexico, only a handful of non-white experts were ever featured in the show's 30-plus year run, including many examples of bringing white American hosts with no relevant expertise halfway around the world for a show instead of involving local experts. Of the hosts and experts featured in more than 10 episodes, 100 percent were white men. Of the hosts and experts featured in more than five episodes, there were more men who were non-scientists named "Mike" than there were women of any name or occupation. Many women and people of color work in the field and have never been featured.

Despite frequent claims from the Discovery Channel that Shark Week promotes conservation, the authors identified just six specific and detailed mentions of anything related to how Shark Week's massive audience could help sharks. Additionally, the three most commonly featured species are not any of the species of greatest conservation concern, and most critically endangered species have never been featured at all.

The authors document numerous other issues with Shark Week and also suggest specific actionable solutions to improve for the future.

"We know that media representation and access to role models can play an important part in how welcoming STEM fields are to scientists from historically excluded groups. Moving away from featuring largely white male experts and towards including more diverse scientific voices and perspectives, particularly those of local experts where episodes are being filmed, would be a valuable step forward for Shark Week and shark science," said co-author Dr. Catherine Macdonald, lecturer at the Rosenstiel School of Marine and Atmospheric Science, University of Miami, and director of Field School.

"Shark Week attracts an audience of millions of people. As a public science educator, I can't even imagine how much good they could do if they tried, even a little, to share factually accurate and useful information about shark science and conservation. As it is, Shark Week is an enormous missed opportunity," said senior author Dr. David Shiffman of Arizona State University's New College of Interdisciplinary Arts and Sciences.