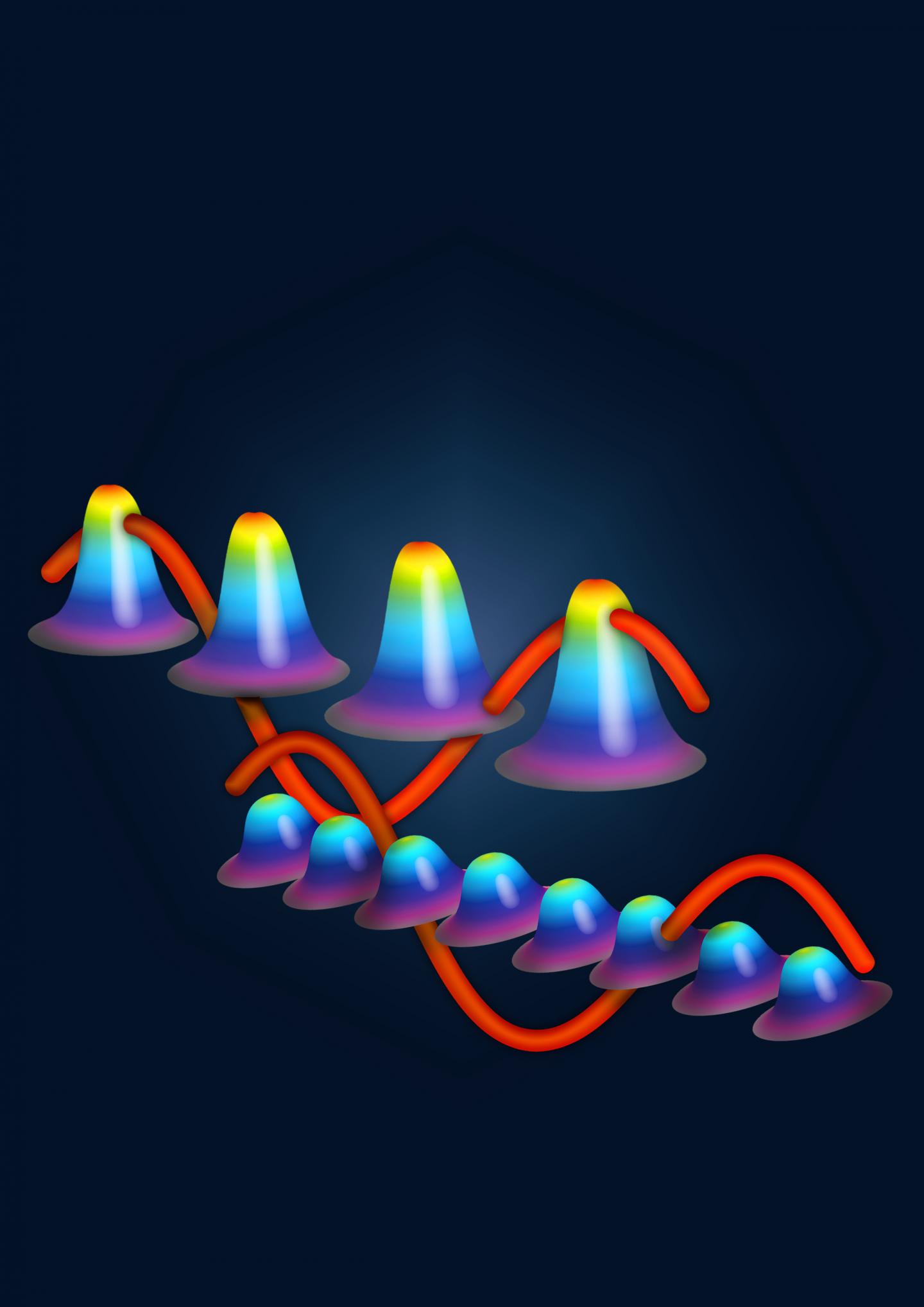 IMAGE: Researchers were able to shape the electric field of an attosecond pulse.

Chemical reactions are determined at their most fundamental level by their respective electronic structure and dynamics. Steered by a stimulus such as light irradiation, electrons rearrange themselves in liquids or solids. This process takes only a few hundred attoseconds, whereby one attosecond is the billionth part of a billionth of a second. Electrons are sensitive to external fields, so researchers can easily control them by irradiating the electrons with light pulses. As soon as they thus temporally shape the electric field of an attosecond pulse, researchers can control the electronic dynamics in real time. A team led by Prof. Dr. Giuseppe Sansone from the Institute of Physics at the University of Freiburg shows in the scientific journal Nature how they were able to completely shape the waveform of an attosecond pulse.

"These pulses enable us to study the first moment of the electronic response in a molecule or crystal," explains Sansone. "With the ability to shape the electric field enables us to control electronic movements - with the long-term goal of optimising basic processes such as photosynthesis or charge separation in materials." The team, consisting of theoreticians and experimental physicists from research institutes in the USA, Russia, Germany, Italy, Austria, Slovenia, Hungary, Japan and Sweden, carried out their experiment at the Free-Electron Laser (FEL) FERMI in Trieste/Italy. This laser is the only one which offers the unique capability to synthesize radiation with different wavelengths in the extreme ultraviolet spectral range with fully controllable relative phases.

The attosecond pulse results from the temporal overlap of laser harmonics. The scientists generated groups of four laser harmonics of a fundamental wavelength using the undulators available at FERMI. These are technical devices, which steer the motion of a relativistic electron bunch, thus leading to the production of ultraviolet radiation. One of the main challenges of the experiment was the measurement of these relative phases, which were characterized by acquiring the photoelectrons released from neon atoms by the combination of the attosecond pulses and an infrared field. This leads to additional structures in the electron spectra, usually referred to as sidebands. The scientists measured the correlation between the different sidebands generated for each laser shot. This finally enabled them to fully characterize the attosecond pulse train.

"Our results indicate not only that FELs can produce attosecond pulses", says Sansone, "but, due to the approach implemented for the waveform generation, such pulses are fully controllable and attain high peak intensities. These two aspects represent key advantages of our approach. The results will also influence the planning and design of new Free-Electron Lasers worldwide."