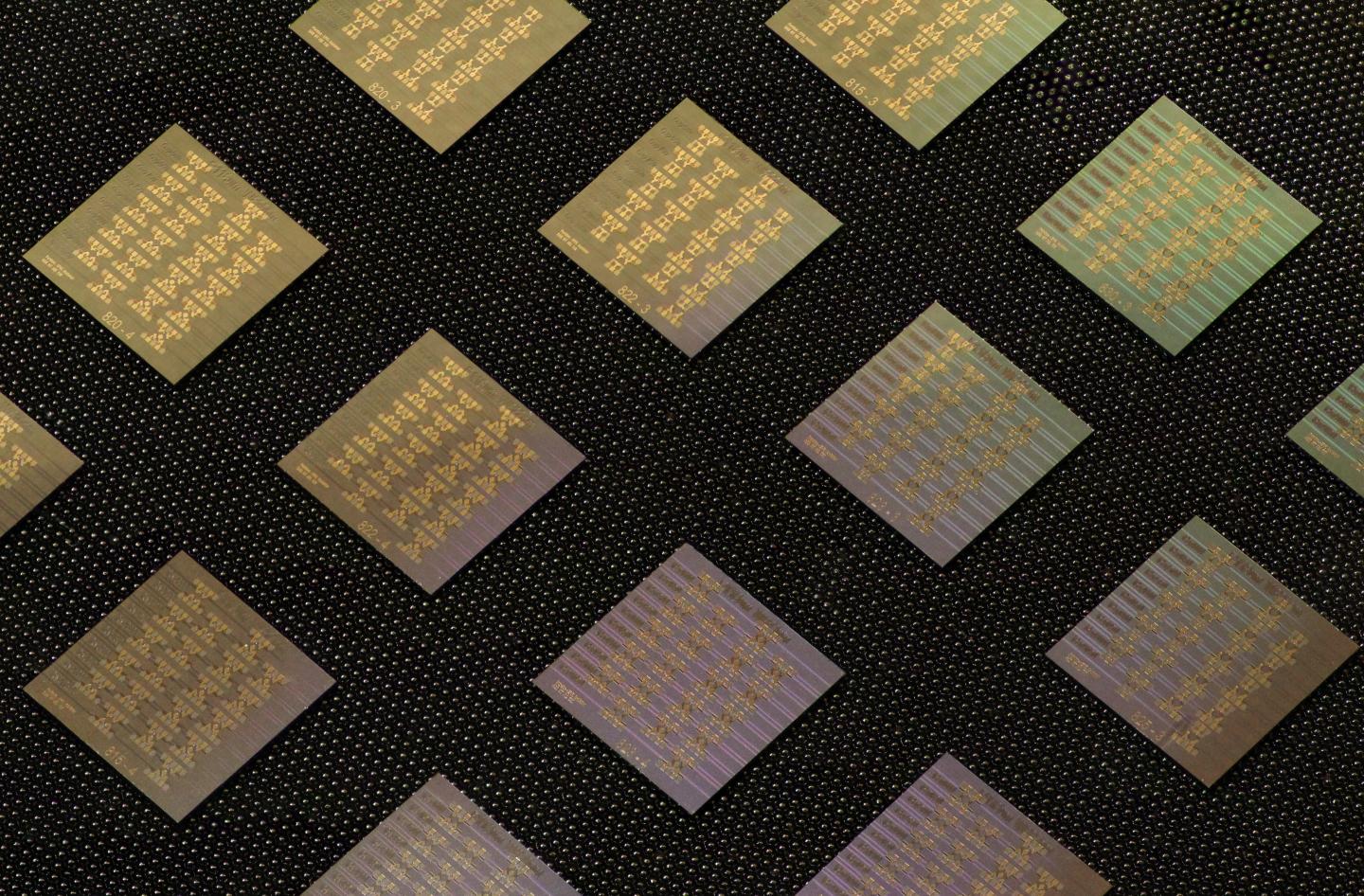 Piezoelectric materials can convert electrical voltage to mechanical displacement and vice versa. They are ubiquitous in modern wireless communication networks such as in cellphones. Today, piezoelectric devices, including filters, transducers and oscillators, are used in billions of devices for wireless communications, global positioning, navigations, and space applications.

The hybrid circuit allows wideband actuation on photonic waveguides with ultralow electrical power - a feat that has been so far challenging. The circuit itself was manufactured using CMOS-compatible foundry processes, which are widely used to construct microprocessors, microcontrollers, memory chips, and other digital logic circuits.

The researchers fabricated piezoelectric AlN actuators on top of the ultralow-loss Si3N4 photonic circuits, and applied a voltage signal on them. The signal induced bulk acoustic waves electromechanically, which can modulate the generated microcomb in the Si3N4 circuits. In short, sound shakes light.

A key feature of this scheme is that it maintains the ultralow loss of Si3N4 circuits. "This achievement represents a new milestone for the microcomb technology, bridging integrated photonics, microelectromechanical systems engineering and nonlinear optics," says Junqiu Liu, who leads the fabrication of Si3N4 photonics chips at EPFL's Center of MicroNanoTechnology (CMi). "By harnessing piezoelectric and bulk acousto-optic interactions, it enables on-chip optical modulation with unprecedented speed and ultralow power consumption."

Using the new hybrid system, the researchers demonstrated two independent applications: First, the optimization of a microcomb-based massively parallel coherent LiDAR, based on their previous work also published in Nature recently. This approach could provide a route to chip-based LiDAR engines driven by CMOS microelectronic circuits.

Second, they built magnet-free optical isolators by spatio-temporal modulation of a Si3N4 microresonator, which was published recently in Nature Communications. "The tight vertical confinement of the bulk acoustic waves prevents cross-talk and allows for close placement of the actuators, which is challenging to achieve in p-i-n silicon modulators," says Hao Tian, who fabricated the piezoelectric actuators at the Scifres cleanroom in Purdue's Birck Nanotechnology Center.

The new technology could provide impetus to microcomb applications in power-critical systems, e.g. in space, datacenters and portable atomic clocks, or in extreme environments such as cryogenic temperatures. "As yet unforeseen applications will follow up across multiple communities," says Professor Kippenberg. "It's been shown time and again that hybrid systems can obtain advantages and functionality beyond those attained with individual constituents."

"I recently read a Scientific American article that really resonated with me," adds Professor Bhave. "It is called - Why Science is Better When its Multinational. Our results would not be possible without this multidisciplinary and inter-continental collaboration."