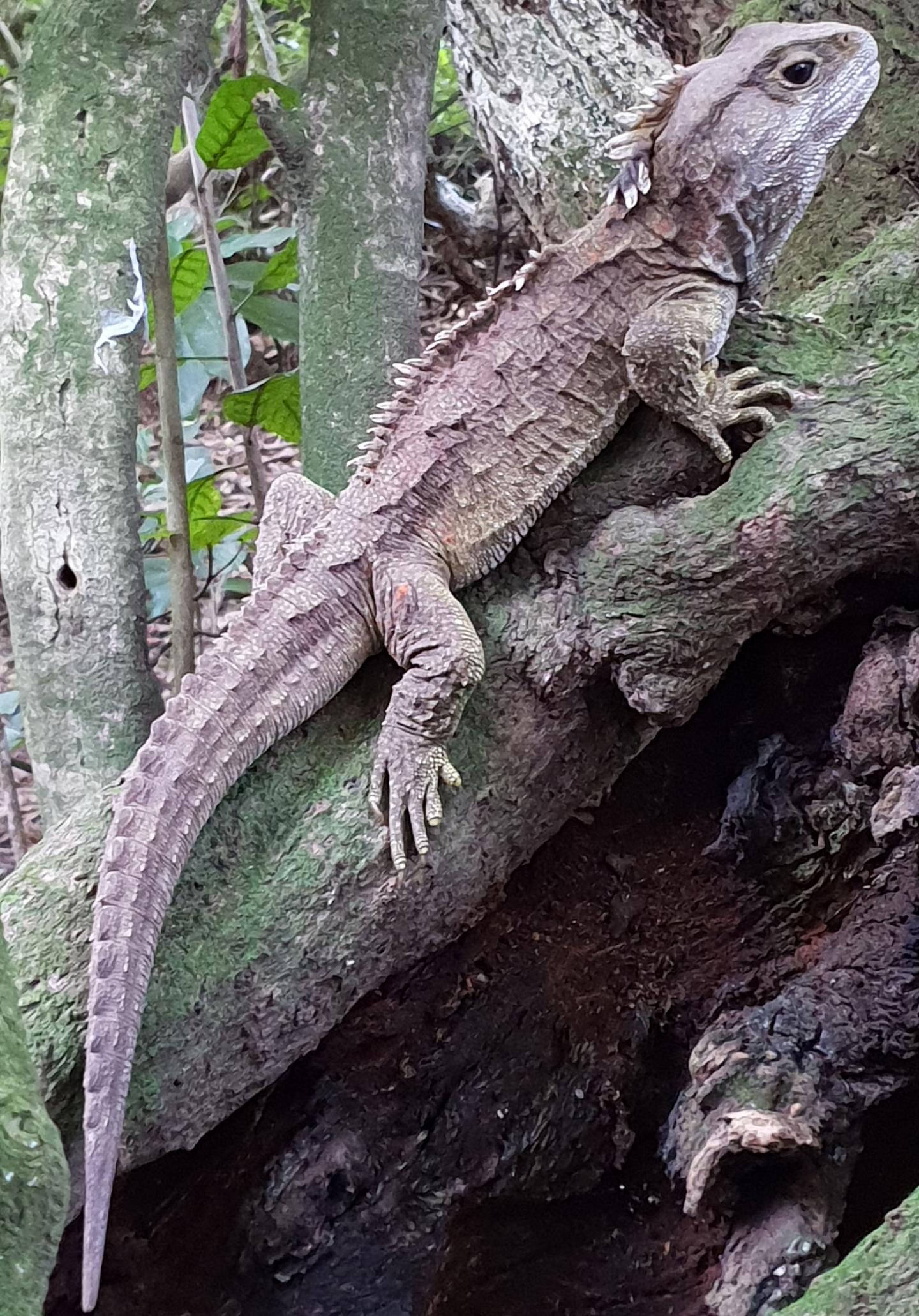 IMAGE: The tuatara, whose ancestors once roamed the Earth with dinosaurs, is the last living species of the order Rhynchocephalia, a key link between ancient reptilian species and modern reptiles, birds...

AMES, Iowa - Scientists searching the most ancient corners of the genome of a reptile native to New Zealand found patterns that help explain how the genomes of all vertebrates took shape, according to a recently published study.

The study, completed by a global team of collaborators and published in the journal Nature, details for the first time the assembled genome of the tuatara, a rare reptile species of great cultural significance to indigenous populations in New Zealand. The tuatara, whose ancestors once roamed the Earth with dinosaurs, is the last living species of the order Rhynchocephalia, a key link between ancient reptilian species and modern reptiles, birds and mammals, said Nicole Valenzuela, a professor of ecology, evolution and organismal biology at Iowa State University and co-author of the study. Valenzuela said a deep dive into the tuatara genome sheds light on the genomic structure of a huge range of species, including humans.

"Part of this research was the genealogy of the tuatara to help us figure out which branch of the tree of life it belongs to," Valenzuela said. "We found it diverged from snakes and lizards around 250 million years ago."

Lead author Neil Gemmell, a geneticist at New Zealand's University of Otago, said the sequencing of the tuatara genome, which is 67% bigger than humans, has revealed a genomic architecture unlike anything previously reported. Gemmell said the genome helps confirm the evolutionary position and unique life history of this ancient reptile.

"If we consider a tree of life, with species diverging over time and splitting off into groups such as reptiles, birds and mammals, we can finally see with some certainty where the tuatara sits," Gemmell said.

Valenzuela's lab contributed an analysis of the distribution of cytosine and guanine, two of the four building blocks of the genetic alphabet, when they come together in the tuatara's DNA (called CpG nucleotides). The study found patterns resembling those of painted turtles that are normally associated with the epigenetic regulation of gene expression. The researchers initially thought these patterns may have a connection with temperature-dependent sex determination, a trait shared by tuataras and painted turtles whereby temperatures influence the sex of young specimens as they develop in the egg. However, Valenzuela said further investigation found this characteristic of the tuatara's genome is similar to most other vertebrates, including humans. That means this highly conserved genomic feature reaches back over 300 million years of evolution, she said.

This kind of research required the scientists to sift through the genome for clues.

"It's like forensic science in the genome," she said. "By reading the genome and picking out these footprints left by epigenetic processes, we see how that affects the sequence of the genome over hundreds of millions of years."

The tuatara is of special significance to the Maori people of New Zealand, and the study authors worked in partnership with Maori representatives from the beginning of the research on all decision-making. Valenzuela said that kind of engagement with indigenous communities is rare in genomic projects published to date and could increase awareness of the conservation of the tuatara.

"It's a template for future genomic efforts all over the world that can be adopted and improved upon," Valenzuela said.