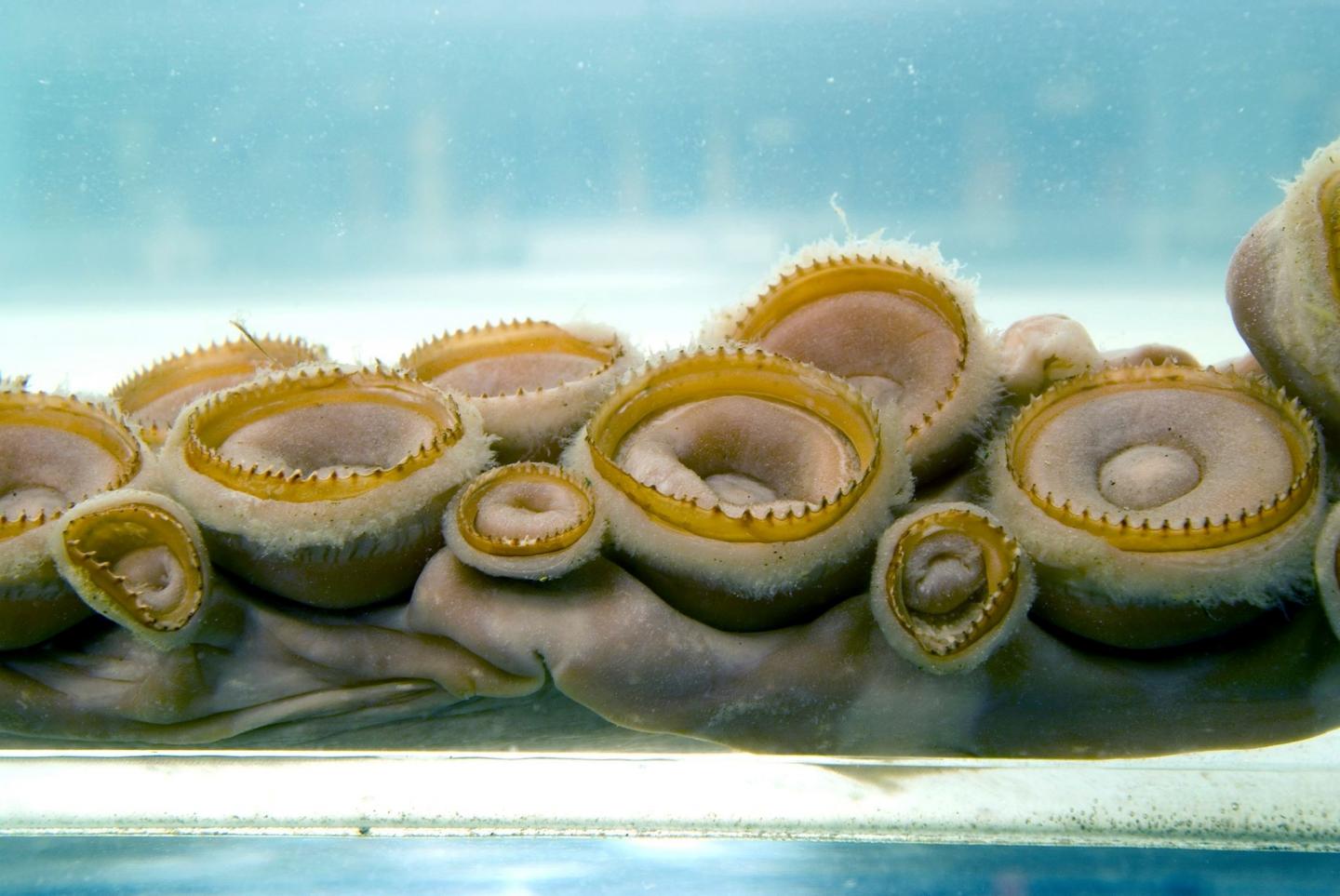 Image:
The Trustees of the Natural History Museum, London

Sailors' yarns about the Kraken, a giant sea-monster lurking in the abyss, may have an element of truth.

In 1857, the Danish naturalist Japetus Steenstrup linked the tell tales of ships being dragged to the ocean floor to the existence of the giant squid: A ten-armed invertebrate, that is credibly believed to grow up to 13 meters and weigh over 900 kg.

Now, more than 160 years later, an international team of scientists have sequenced and annotated the genome of a giant squid.

'These new results may unlock several pending evolutionary questions regarding this mantled species', says the research leader, Associate Professor Rute da Fonseca from the Center for Macroecology, Evolution and Climate (CMEC) at the Globe Institute of the University of Copenhagen.

Throughout the years only relatively few remains of giant squids - or, Architeuthis dux - have been collected around the world.

Using mitochondrial DNA sequences from such samples, researchers at the University of Copenhagen have previously confirmed that all giant squids belong to a single species.

'However, our initial genetic analysis generated more questions than it answered,' says Professor Tom Gilbert of the GLOBE Institute, who was part of the previous work on the giant creature.

Producing a high-quality genome assembly for the giant squid proved as challenging as spotting one of these animals in their natural environment. This was, however, an important effort as the genome is the ultimate toolkit available to an organism.

The challenges in the lab started with the fact that available samples originate from decomposing animals, usually preserved in formalin or ethanol at museums around the world.

This means that most of them cannot be used to obtain the high-quality DNA necessary for a good genome assembly.

Furthermore, elevated levels of ammonia and polysaccharides in the tissues were likely the behind repeated failures in producing suitable libraries for nearly all available sequencing technologies.

'This project reminds us that there are a lot of species out there that require individually optimized laboratory and bioinformatics procedures. An effort that is sometimes underestimated when designing single-pipeline approaches in large genome-sequencing consortia,' says Rute da Fonseca, who started leading the project when working as an Assistant Professor at the Department of Biology in the University of Copenhagen.

A first step towards getting to know the giant

Despite the many challenges, the research group managed to get hold of a freshly frozen tissue sample of a giant squid collected by a fishing vessel near New Zealand. An incredible stroke of luck, according to the research leader.

Using this sample, the researchers were able to produce the currently best available cephalopod genome.

This 'genomic draft' provides for a unique possibility to address many emerging questions of cephalopod genome evolution, the researchers behind the study explain.

By allowing the comparison of the giant squid with the genomes of better-known types of cephalopods, scientists now hope to discover more about the mysterious giant creatures - without necessarily having to catch or observe them in the depths of up to 1200 meters that they inhabit.

For example, the new genomic data might allow scientists to explore the genetic underpinnings of the giant squid's size, growth rate and age.