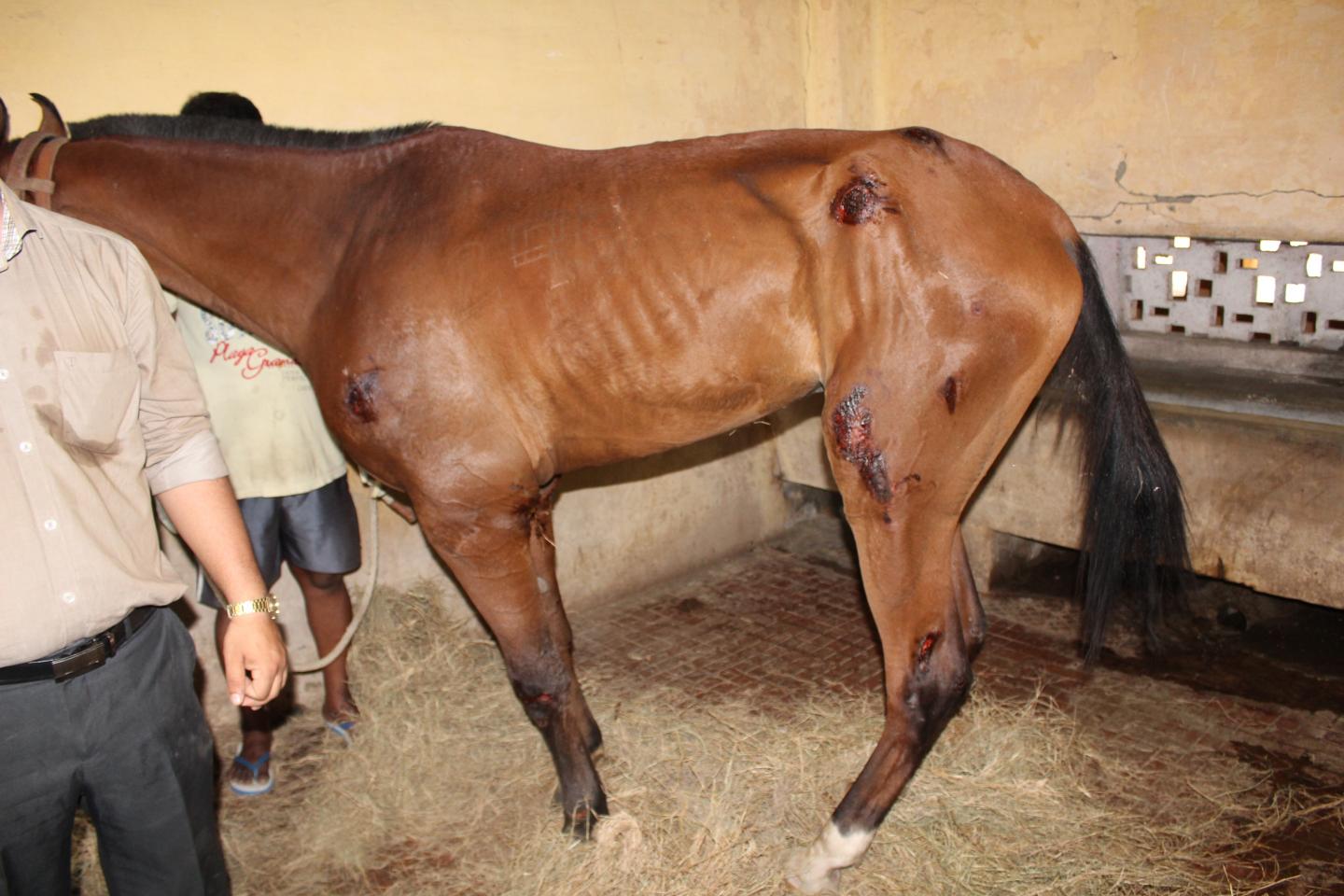 IMAGE: Inspections of facilities where horses are used to produce animal-derived antitoxins have found widespread neglect of animal welfare regulations, with horses confined to filthy, severely crowded enclosures and suffering from...

London - A project taking the first steps towards ending the use of horses to treat diphtheria has succeeded.

Funded by the PETA International Science Consortium Ltd. and carried out at the Institute of Biochemistry, Biotechnology, and Bioinformatics at the Technische Universität Braunschweig in Germany, the project created human antibodies capable of blocking the poisonous toxin that causes diphtheria. The results were published Friday in Scientific Reports (a Nature research journal).

Diphtheria is a potentially deadly infectious disease causing severe respiratory distress and damage to vital organs and is a significant human health burden. For more than 100 years, the main method of producing the antitoxin to treat it has been to inject horses repeatedly with the diphtheria toxin and then drain them of huge amounts of their blood in order to collect the antibodies that their immune systems produce to fight the disease. This animal-derived antitoxin has the potential to cause serious allergic reactions in humans, and global health authorities report having difficulty acquiring sufficient stockpiles of these antitoxins to respond quickly to diphtheria outbreaks.

Rather than using horses, the researchers involved in this project used human blood cells to create human antibodies that block the diphtheria toxin. The Science Consortium is now working with its research partners to ensure that the non-animal antitoxin is developed into a medicine that will be used to treat this menacing disease more reliably and safely without causing a single horse to suffer.

"Thousands of horses worldwide are forced to endure cruel treatment for the production of many different types of drugs, not just diphtheria antitoxin," says Jeffrey Brown, adviser to the PETA International Science Consortium and co-author of the paper. "Solid science has now given these horses a way out of this suffering."