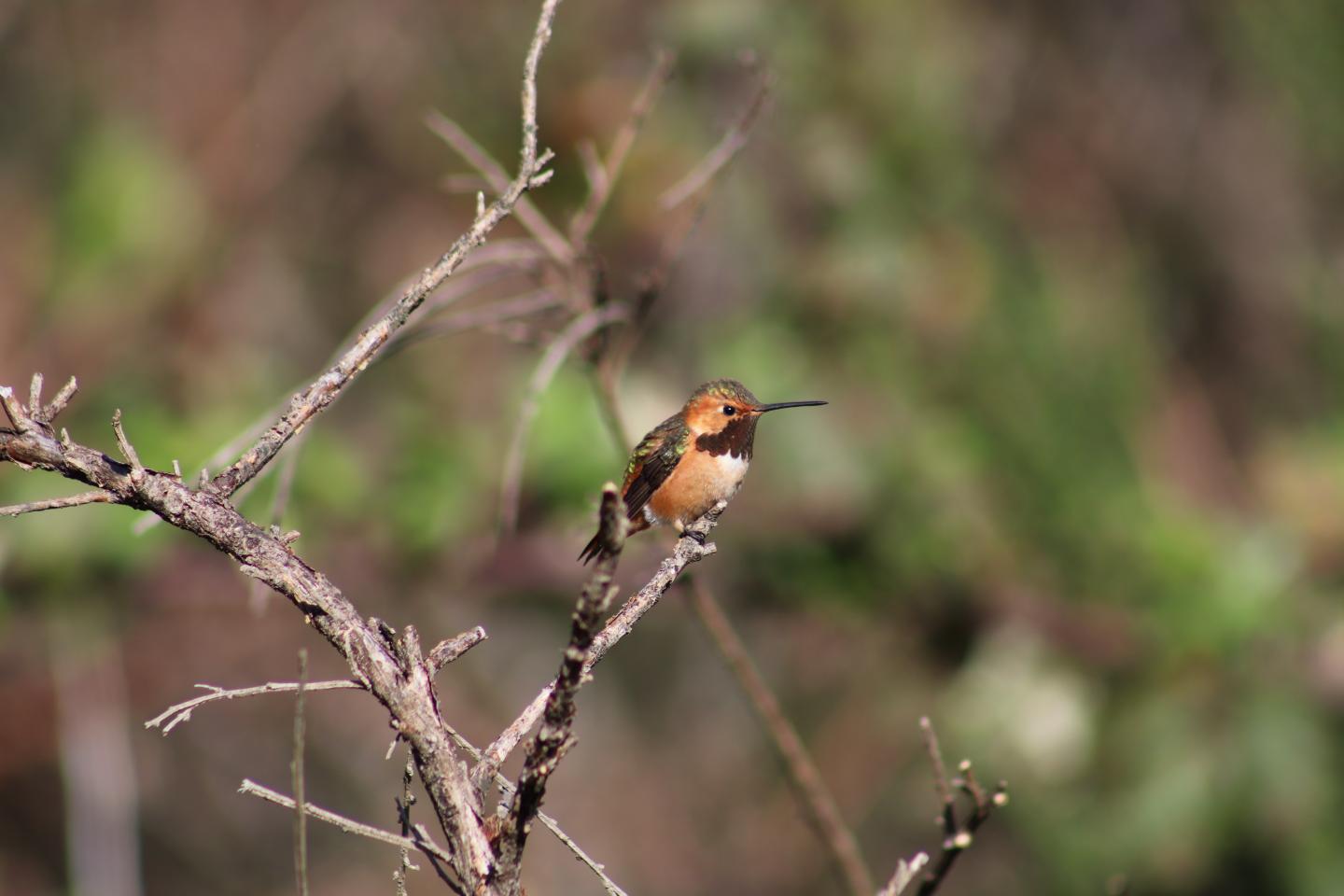 IMAGE: Allen's and Rufous hummingbirds in the northwest are hybridizing, and scientists hope that studying them may provide new insights into how biodiversity evolves.

We usually think of a species as being reproductively isolated - that is, not mating with other species in the wild. Occasionally, however, closely related species do interbreed. New research just published in The Auk: Ornithological Advances documents the existence of a previously undiscovered hybrid zone along the coast of northern California and southern Oregon, where two closely related bird hummingbirds, Allen's Hummingbird and Rufous Hummingbird, are blurring species boundaries. Researchers hope that studying cases such as this one could improve their understanding of how biodiversity is created and maintained.

A hybrid zone is an area where the ranges of two closely related species overlap and interbreed with one another. To map the extent of the hummingbird hybrid zone in northern California and southern Oregon, San Diego State University's Brian Myers and his colleagues collected data on the physical traits and courtship behavior of more than 300 hummingbirds in the region. Most of the breeding males across the hybrid zone had a mix of characteristics of the two species, shifting gradually from more Rufous-like birds in the north to more Allen's-like birds in the south.

The males of different hummingbird species have distinct displays, performing aerial acrobatics during which their tail feathers produce various sounds. The researchers captured hummingbirds using traps at feeders, temporarily keeping females in mesh cages, where they caught the attention of territorial males. "Sometimes the birds outsmart me," says Myers. "They'll only visit a feeder when the trap isn't on it, or they won't perform their courtship displays to the female hummingbird I'm carrying around, and this can make things very slow sometimes."

The area where Allen's and Rufous hummingbirds interbreed stretches more than 300 kilometers along the Pacific coast and 90 kilometers inland, and it could have implications for the species' futures. "When a hybrid zone is so large, and when one of the hybridizing species has as small a range as Allen's Hummingbird, it raises the possibility of their range shrinking even further as they're swamped by hybrids that carry Rufous Hummingbird traits and pass these genes into Allen's Hummingbird populations," says Myers. "As biodiversity continues to drop, it's more important than ever to understand how new species form and what maintains species barriers once they're made - is there a certain habitat or other resources that require protection? Is it more related to sexual selection? Hybrid zones are an ideal tool with which to study this."