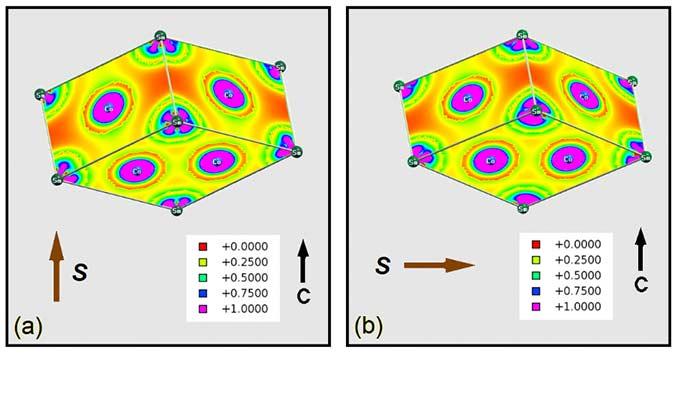 Scientists have discovered a potential tool to enhance magnetization and magnetic anisotropy, making it possible to improve the performance of samarium-cobalt magnets.

The scientists, at the U.S. Department of Energy's Critical Materials Institute at Ames Laboratory, in collaboration with the Nebraska Center for Materials and Nanoscience and the Department of Physics and Astronomy at the University of Nebraska, identified orbital-moment quenching as the possible tool, and rationalized the quenching in terms of the dependence of electrical charge distribution in samarium atoms.

Sm-Co magnets were the first rare-earth permanent magnets, and are still the top performer in applications where resistance to demagnetization - its coercivity - and performance at high temperatures are important.

The scientists at first sought to test the limits of substituting iron for some of the cobalt, attempting to make a Sm-Co magnet comparable in strength to neodymium iron boron (Nd-Fe-B) magnets, which has a higher magnetic moment.

"The Critical Materials Institute (CMI) has as one of its moonshots the discovery of materials that are comparable in strength to neodymium magnets, but with the high-temperature durability of samarium magnets," said Durga Paudyal, Ames Laboratory scientist and project leader for Predicting Magnetic Anisotropy at CMI. "We were looking to increase the magnetic moment of the standard Sm-Co magnet."

The research collaboration led to the discovery that substitutions of iron could range as high as 20 percent, keeping the coercivity of the magnet intact. Computational theory and modeling results showed that the electronic structure of the Samarium in the material may violate Hund's rule, which predicts how electrons occupy available orbitals in the atomic structure.

The research findings will help scientists sort out the parameters of magnetism in rare-earth materials, and help speed discovery of potentially useful magnets in the future.