Sand mining is threatening lives along the Mekong River 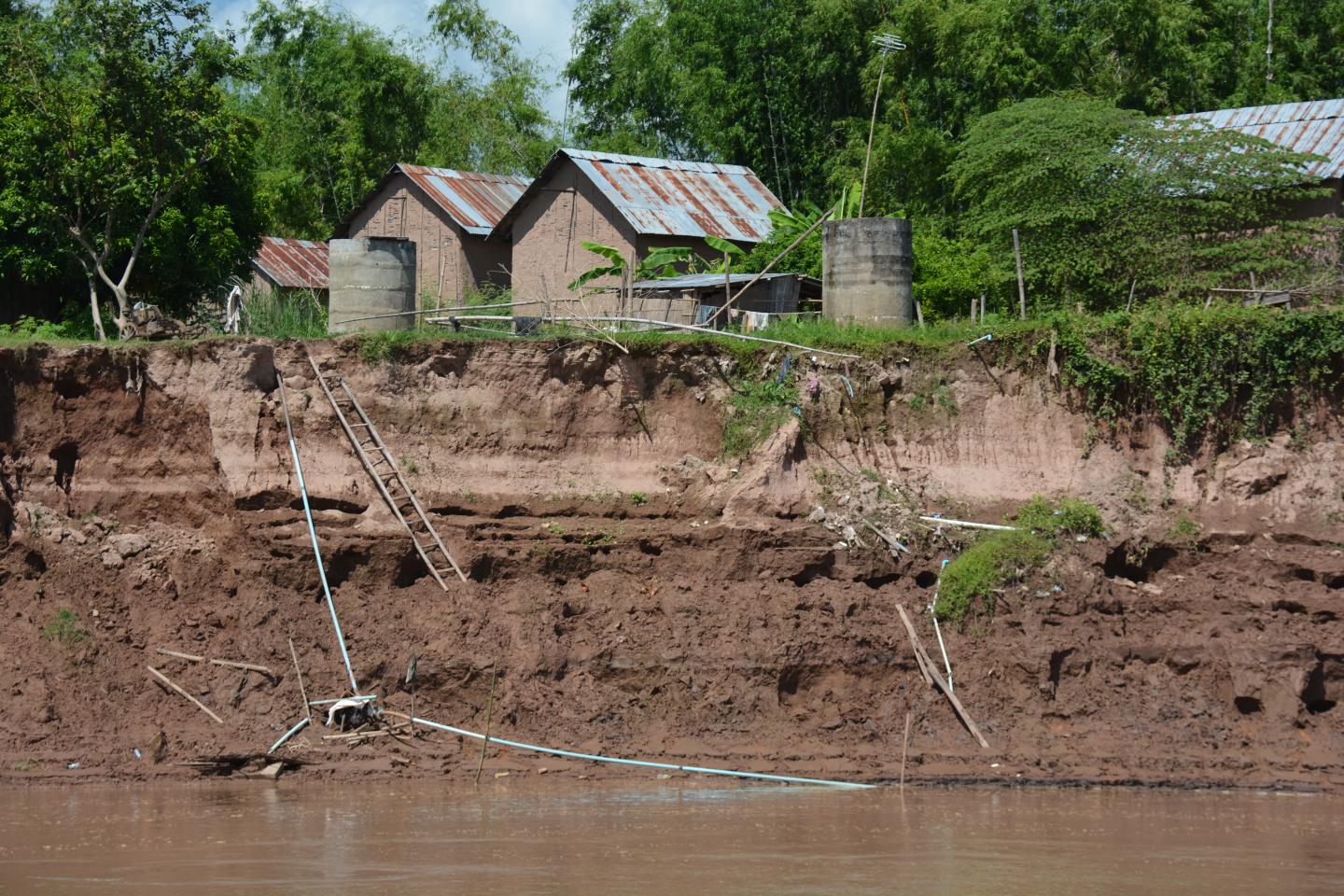 It's a resource used in global construction and mined from rivers and coasts across the world.

Now new research, undertaken as part of a project led by University of Southampton, has shown sand mining is causing river beds to lower, leading to riverbank instability and increasing the likelihood of dangerous river bank collapse, damaging infrastructure and housing and putting lives at risk.

The new research has been published in the journal Nature Sustainability.

Researchers focused on the Mekong River - one of the world's major sand-bedded rivers - in Cambodia.

Dr Chris Hackney at the University of Hull who led the research, said: "With the world currently undergoing rapid population growth and urbanisation, concrete production has grown massively, fuelling unprecedented demand for sand, so much so that sand is now the most consumed resource on the planet, after water"

The research was undertaken as part of a NERC funded project led by Professor Stephen Darby at the University of Southampton, which is studying the impact of climate change on the fluctuation of sediment through the Mekong.

Professor Darby added, "Much of the sand used in the production of concrete comes from the world's big sand-bedded rivers, like the Mekong. There has long been a concern that sand mining from the Mekong is causing serious problems, but our work is the first to provide a comprehensive, rigorous, estimate not only of the rate at which sand is being removed from the system but how this compares to the natural replenishment of sand by river processes, as well as the adverse impacts unsustainable sand mining has on river bank erosion."

In the study, the team, which also included researchers from the Universities of Exeter and Illinois, used sonar surveys to measure how much sand is transported through the Mekong, either in the water column, or on the river bed. The sonar surveys also revealed how much sand is being taken by sand miners; the sonar images show giant holes 42 metres in length and eight metres deep on the river bed as a result of sand being removed from the Mekong. By comparing the natural sand transport rates with the estimates of sand extraction, the team estimated that sand is being removed from the Mekong at a rate that is between five and nine times more than the rate at which sand is replenished by the river's natural sand transport processes.

Using measurements of the shape of the river banks made by a Terrestrial Laser Scanner, the team were then able to analyse the extent to which the lowering of the river bed increases the risk of dangerous river bank collapses.

Dr Julian Leyland of the University of Southampton, who performed the TLS surveys, said that "Our research showed that it only takes two metres of lowering of the river bed to cause many of the river banks along the Mekong to collapse, but we've seen that dredging pits can often exceed eight metres in depth. It's clear that excessive sand mining is responsible for increased rates of bank erosion that local communities have been reporting in recent years."

Dr Hackney warns that without proper regulation, excessive sand mining on the Mekong and other major rivers worldwide could have increasing environmental and social consequences.

He said: "We are seeing the profound effects that excessive sand mining is having on rivers, coasts and seas. We need much stronger regulation of unfettered sand mining to avoid the dangers that river side communities are facing."