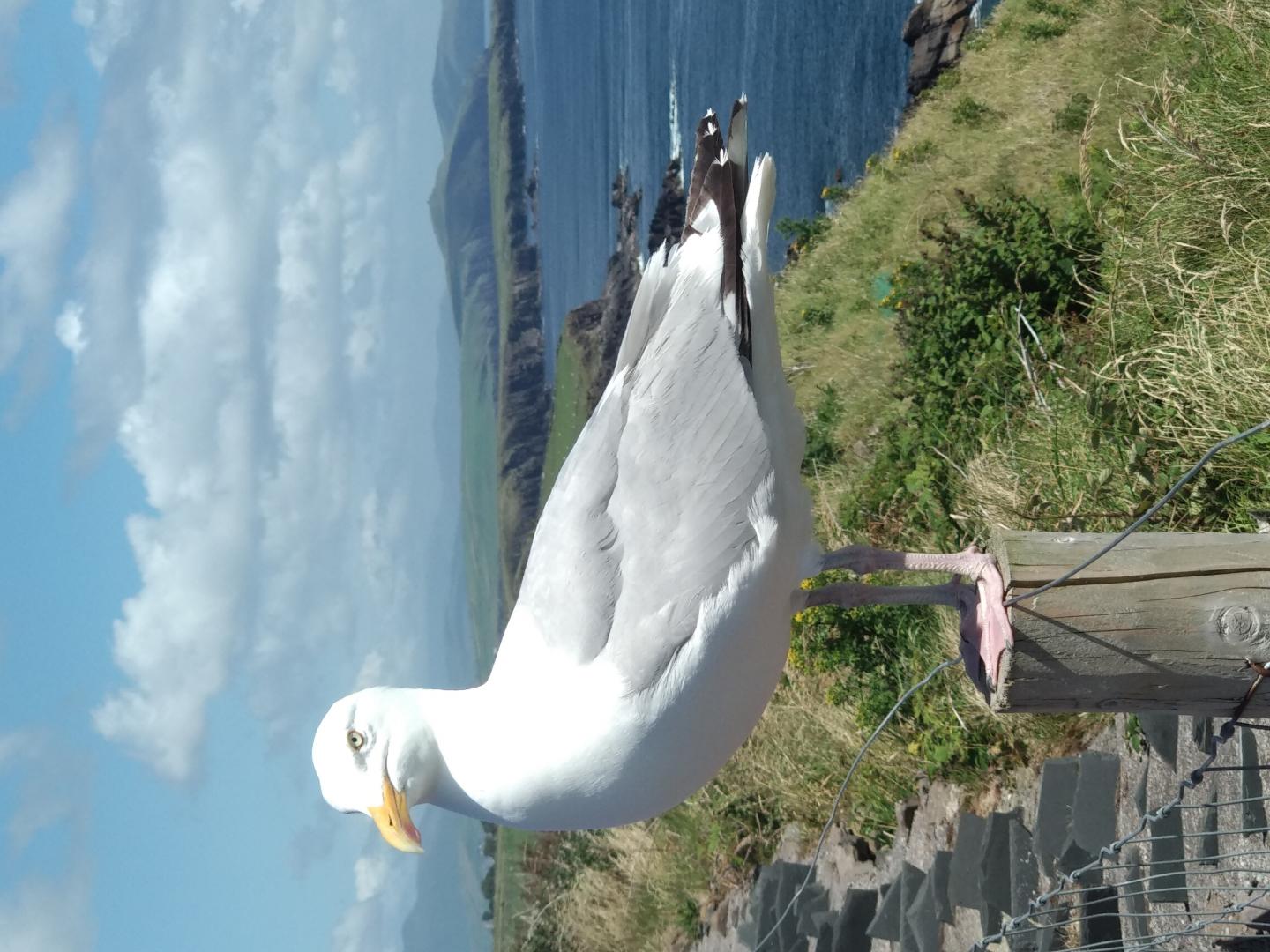 IMAGE: A seabird in Rings of Kerry, Ireland

Seabird species such as gulls and pelicans are often overlooked when it comes to conservation and can struggle to capture the public eye. To raise awareness of their importance to people and the ecosystems we depend on, a Science & Society article appearing August 6 in the journal Trends in Ecology & Evolution looks at something that most of us find off-putting: their poop. The researchers say that the poop, which is also known as guano and serves as a source of fertilizer and a key contribution to coastal and marine ecosystems, could be worth more than $470 million annually. By calculating this direct benefit to people, they hope to quantify the importance of seabirds and illustrate the monetary cost of declining populations.

"Guano production is an ecosystem service made by seabirds at no cost to us--I can go to an island, collect the guano, and sell it at market price as fertilizer," says co-author Marcus V. Cianciaruso, ecology professor at the Federal University of Goiás in Brazil. While few seabird species produce guano that is currently commercialized, the rest provide important nutrients to the ecosystems where their guano is deposited. "Because there is this scientific and biological importance, it's possible to quantify seabird ecosystem services in a language that the general public and policymakers can begin to understand," he says.

To do this, Cianciaruso and Daniel Plazas-Jiménez, a PhD student at the Federal University of Goiás, began by gathering data about global seabird populations producing commodifiable guano. "Because guano is a commodity, we used its market price to estimate the added value of guano produced by seabirds each year," says Plazas-Jiménez.

For the species that do not produce commodifiable guano, the researchers then estimated the value of nitrogen and phosphorus deposited every year in their colonies by calculating the cost to replace these nutrients with inorganic versions. The result is staggering: when combined, the nutrient deposition and the commodifiable guano could be worth an estimated $473.83 million per year.

Although not all guano can be commodified, these nutrients that it deposits are important to ecosystems such as coral reefs, where guano's presence can increase reef fish biomass by up to 48%. "We made a very conservative estimate that 10% of coral reef fish stocks depend on seabird nutrients," says Plazas-Jiménez. "According to the United Nations and the Australian government, the annual economic returns of commercial fisheries on coral reefs is over $6 billion. So, 10% of this value is around $600 million per year." When added to the previous figure, the value of nutrients deposited by seabirds increases to an estimated $1 billion.

Much of this value comes from threatened or endangered species. "The example of coral reefs is just for a little group of seabirds," says Plazas-Jiménez. "A huge amount of nutrient deposition happens in Antarctic ecosystems: penguins contribute half of the nitrogen and phosphorous deposited by seabirds every year. However, 60% of this contribution is made by penguin species with declining populations, and these contributions will decrease in the future if no conservation activity is taken."

The researchers hope this paper will shed light on how valuable these species are at a global scale. "Seabirds have a lot of importance to people," says Plazas-Jiménez. "Being able to calculate a monetary value of an ecological function made by a particular species is just another tool in the conservation toolbox."

Only a fraction of the value of seabirds to ecosystems and to people is represented by this estimate--among other functions, they contribute to vast birdwatching and tourism industries around the world. "If you start to look into every function that seabirds have and try to monetize this, the value is going to be much, much higher," says Cianciaruso.

Their estimate also doesn't account for the local importance of the birds. For many coastal communities, the direct and indirect benefits of living with them are essential. "In some areas, fishermen follow seabirds to find places to fish," says Plazas-Jiménez. "To that fisherman, seabirds are everything."