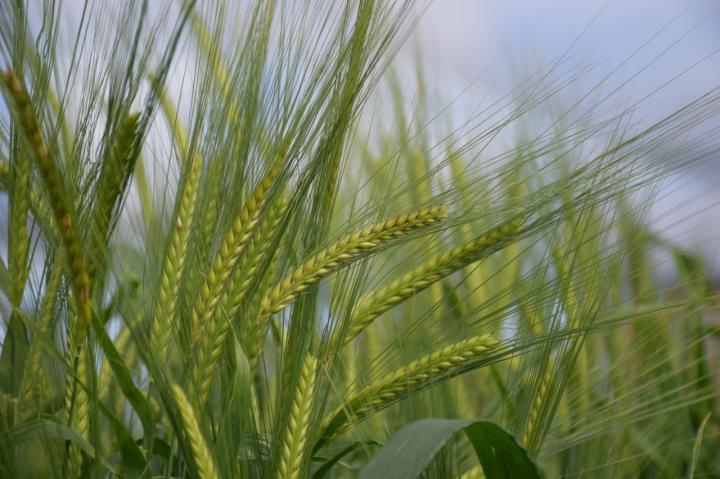 An international team of plant scientists have shown the potential to rapidly improve the quality of barley grain through a genetic tool known as CRISPR or gene editing.

Published in The Plant Journal, researchers from the University of Adelaide's Waite Research Institute working with the James Hutton Institute in Scotland and other colleagues in the UK and Melbourne, describe how the levels of beta-glucan in barley grain can be influenced through gene editing.

Joint senior author Associate Professor Matthew Tucker, Deputy Director of the Waite Research Institute, says: "Barley grain is comparatively rich in beta-glucan, a source of fermentable dietary fibre that protects against various human health conditions. However, crops with a low content of this compound are preferred for brewing and distilling.

"The research has given us further insight into key genes responsible for barley grain composition and, by using CRISPR gene editing, plant breeders will have the potential to accelerate plant breeding and deliver new crop varieties that are best suited to their target markets."

This work was carried out by Dr Guillermo Garcia-Gimenez during his PhD at the James Hutton Institute and the University of Adelaide. It is the first published use of the CRISPR technique to influence barley grain quality in Australia and Scotland.

Dr Garcia-Gimenez says: "We used what's called a reverse genetics approach, using CRISPR to generate changes in members of the gene superfamily responsible for making beta-glucan. The results led to specific differences in grain quality, composition and content of beta-glucan.

"We hope this work will contribute to creating awareness about the potential of this technique and we look forward to trialling the new plants in field conditions."

Associate Professor Tucker says: "This study has brought real immediate benefit in terms of understanding how gene editing can help improve the quality of barley crops. And it's part of our overall ongoing efforts to apply the latest genetic techniques to deliver improvements for the food and feed industries."

Professor Matthew Gilliham, Director of the Waite Research institute, says: "Barley is Australia's second most important cereal crop behind wheat, contributing around $3 billion to the economy. Despite recent market fluctuations, this discovery is important and opens the door to significant economic impact for breeders and growers.

"The Waite Research Institute, in partnership with The International Barley Hub, is showing again that research in this area can yield great returns on investment in the basic understanding of barley."