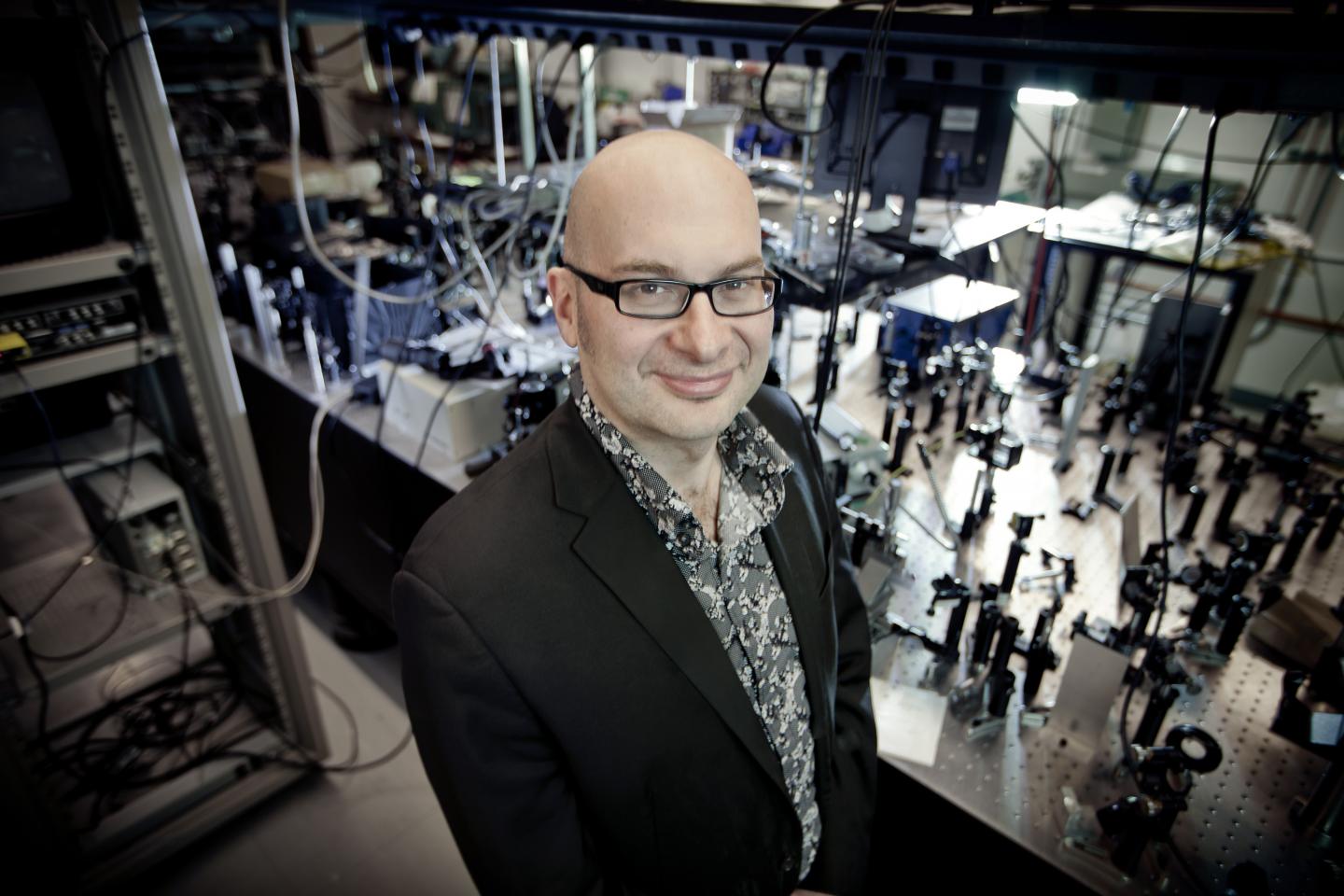 "This is one of the most efficient transmission systems implemented in a standard telecom network, given the record amount of information that can be encoded and propagated in an optical fibre with minimum loss of data," says Professor Roberto Morandotti of the INRS, co-author of the study published on May 22 in Nature Communications and long-term collaborator of Prof Moss.

Telecommunication networks use many different frequencies, or colours, to transfer as much information as possible. Current networks need typically a separate laser for every colour, which is difficult and costly to set up properly. "Here, we decided to use a micro-comb to replace the multiple lasers. Like a hair comb, we can generate a set of frequencies which are equally distant, and the phase and amplitude of which can be easily and precisely controlled," explains Morandotti. The ability to supply all wavelengths with a single, compact integrated chip, replacing many parallel lasers, offers the greatest benefit, in terms of performance, scalability and power consumption.

"We took advantage of the fact that a frequency comb could be created with a device known as a micro-ring resonator. Previous to this work, a well-behaved comb, resulting in a so-called cavity soliton, required a special and unique balance between colour dispersion and non-linearity. Such combs are typically difficult to generate and stabilize, and not really power efficient even under ideal conditions, so the researchers have developed a new way to achieve them for telecom purposes. In particular, if the microresonator is properly designed, it is possible to get a cross point between the optical modes supported by the device, which in turn creates the right condition for realizing a different type of micro-comb, leading to so-called crystal solitons, which is both robust and user-friendly," explains Professor Morandotti.

This work demonstrates the capability of optical micro-combs to perform in demanding and practical optical communications networks. According to Professor Morandotti, the proposed mechanism could be commercially implemented in 5 years from now since similar micro-ring resonators, intended for less demanding applications such as filtering, are already well known and commercially available.