The protest vote prevails when a landslide victory is expected

Researchers at the Juan March foundation and the Duke University (USA) have analysed the reason for casting a protest vote as a way of expressing unhappiness with a party during elections. Moderate voters are more likely to vote in this way than those at the extreme left or extreme right of the political spectrum.

Daniel Kselman, researcher at the Juan March Foundation and co-author of the study that analyses such behaviour states that "the protest vote is just a way of expressing discontent. In order for it to be effective, a lot more voters from your party need to vote for other. However, if there are enough people casting the protest vote, strategic changes need to be adopted or previously ignored political questions need to be faced."

The authors of the study created a probabilistic model that allowed them to distinguish between "strategic voters", who vote for a party despite it not being their favourite because their first choice has no chance of winning, and "protest voters", who choose another party purely to 'punish them' even though they have a chance of winning. 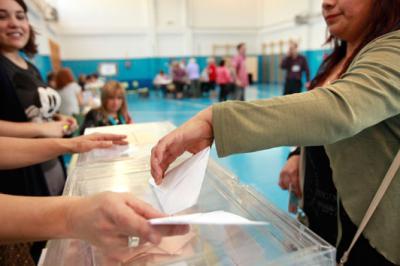 The protest vote prevails when a landslide victory is expected.

Kselman points out that "protest voters show their unhappiness by voting for a party either more to the right or more to the left of the political spectrum than their preference in the hope that a rise in votes for the competition will encourage their own party to go in one direction or another."

According to the results of the study, when ideological voters are unhappy, they simply abstain from voting. Furthermore, the protest vote is more likely during elections in which it is hope that a party will win by a landslide victory.

The expert explains that "this applies to the current situation in Spain where many believe that the People's Party (PP) will gain an absolute majority. Since there is likely to be a landslide victory in the upcoming elections this Sunday, we expect to see many protest votes from traditional Socialist Party (PSOE) voters, whether for the PP or other parties. This does not mean that they are changing their party preference because they can in fact vote for the PSOE again in the next elections."

As a result, such voting behaviour will increase the diversity of a party and could also help to strengthen smaller parties. Kselman concludes that "sometimes smaller parties begin to receive the majority of their support through protest votes. Consequently, when building up an independent following of their own, such support allows them in time to become significant and important political forces. Therefore, the protest vote could allow new parties to enter mainstream politics."