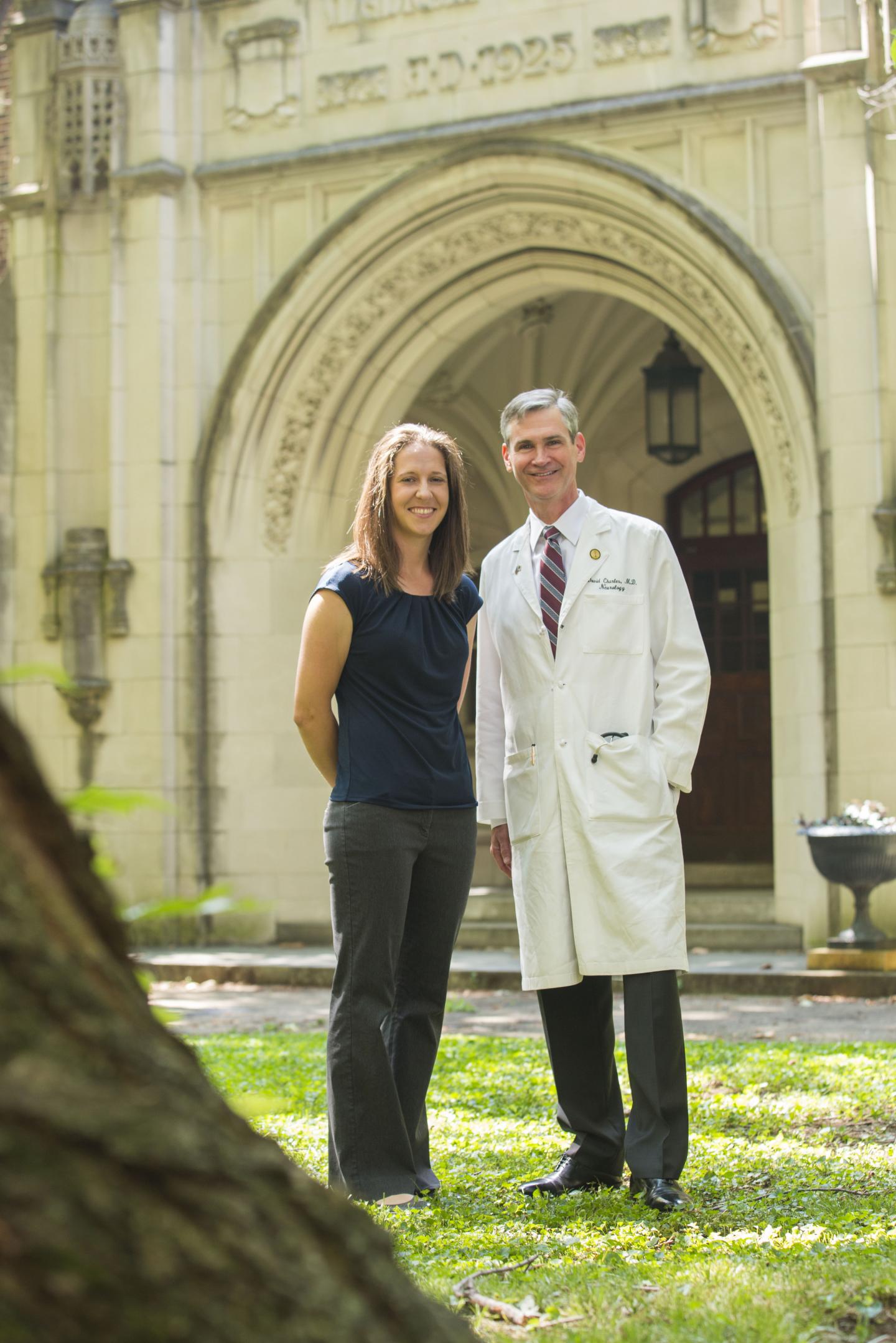 Deep Brain Stimulation (DBS) implanted in early stage Parkinson's disease decreases the risk of disease progression and the need to prescribe multiple drugs to patients simultaneously, according to a five-year outcomes study of 30 patients released in the July 2020, issue of Neurology®, the medical journal of the American Academy of Neurology.

The journal released a Classification of Evidence statement along with the study stating that it provides "Class II evidence that DBS implanted in early stage Parkinson disease decreases the risk of disease progression and polypharmacy compared to optimal medical therapy alone."

"Parkinson's is relentless. There's nothing that slows down its progression. With this pilot study, we've shown that if DBS is implanted early it's likely to decrease the risk of progression, and if this is borne out in our larger study it would be a landmark achievement in the field of Parkinson's disease," said senior author David Charles, MD, professor and vice-chair of Neurology at Vanderbilt University Medical Center (VUMC).

The FDA has approved VUMC to lead a 130-patient, multi-site double-blinded randomized clinical trial of DBS for early stage Parkinson's; if results of the pilot trial are replicated in that larger study, DBS will become the first therapy proven to slow the progression of any element of Parkinson's.

Parkinson's is a long-term neurodegenerative disorder most obviously characterized by tremor, rigidity, slow movement (bradykinesia) and difficulty with balance and walking.

As of 2016, some 6.2 million people worldwide were living with Parkinson's. According to the Parkinson's Foundation, as many as 60,000 Americans are diagnosed each year with the disease.

Early stage Parkinson's disease is defined as within four years of disease onset.

From 2006 to 2009, the investigators enrolled 30 patients, all of whom received optimum drug therapy, with a random half additionally receiving DBS, which is often characterized as a pacemaker for the brain.

The DBS surgery uses a pair of ultra-thin electrodes surgically implanted deep into the brain to deliver electric pulses to the subthalamic nucleus, a small cluster of neurons. As with a heart pacemaker, the electric pulses are supplied by a battery implanted under the skin near the collarbone.

In other five-year outcomes from the study, the DBS patients required considerably less of the medication used to manage symptoms of Parkinson's.

In a marked but uncertain trend falling just short of statistical significance, Parkinson's patients randomized to receive drugs alone were more than twice as likely to have worse motor symptoms than patients who received early DBS.

"What this pilot study is most clearly telling us is that the new FDA-approved Phase III study must be done to definitively determine whether DBS slows the progress of Parkinson's disease when implanted in the very earliest stages," Charles said.

"While this is an incredibly exciting finding, patients and physicians should not change clinical practice at this time," he added.